Twelve-month enquiry finds governments can cut emissions and grow the economy, if they embrace change 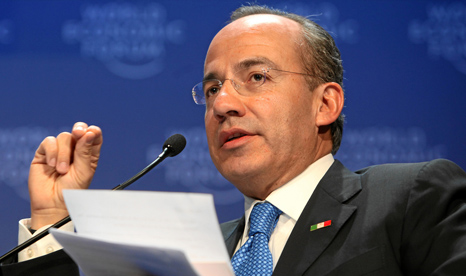 The world can achieve 50-90% of the carbon cuts needed by 2030 in a way that boosts economic growth.

That is the conclusion of the New Climate Economy report, the most comprehensive analysis of the links between climate action and prosperity to date.

Backed by seven national governments and drawing on information from more than 100 organisations, the report sets out an action plan out to 2030.

Felipe Calderon, former president of Mexico, said the report showed climate action was compatible with economic development, but structural change would be needed.

“The next 15 years will be critical,” said Calderon. “If we don’t take action in these coming years, it will be every day more expensive and more difficult to shift towards a low carbon economy.”

Calderon chairs the Global Commission on the Economy and Climate, which produced the report.

Launched 12 months ago with US$8.9 million of funding, the Commission is made up of 24 big hitters from across the world, backed by 14 economic experts.

The report comes out a week before world leaders are set to meet in New York for a one-day climate summit hosted by Ban Ki-moon.

The UN secretary general is encouraging heads of state to pledge action on climate change. Business leaders are also set to announce initiatives to cut their carbon impact.

Calderon and his team hope the evidence presented in the report will convince those leaders they do not need to sacrifice their economic goals to do so.

In a briefing call for journalists ahead of the launch, programme director Jeremy Oppenheim said the actions recommended were in the economic interests of cities, companies and countries.

An international agreement was not essential to the economic case, but would help, he said.

“Clearly, it would be a good thing to have a strong international agreement. It would send a direct signal into the market.”

The experts expect the world economy to grow more than half by 2030, with some US$90 trillion invested in infrastructure.

How that money is spent will shape the future climate.

Business as usual will almost certainly cause temperatures to rise in excess of 2C, the report warned. That is the politically agreed “safe” level of warming.

It recommends action in three areas – cities, land use and energy – to avoid that threat.

In cities, good public transport and urban planning can cut transport costs in half, improve air quality and boost productivity.

And in energy, Oppenheim said the team was “stunned” by the progress in renewable technology, with solar panel costs falling by 90% in the last half dozen years.

“The renewable energy story has gone from being a marginal event into the mainstream.”

He stressed a need to move away from coal, the most polluting form of power generation.

Lord Nicholas Stern, the report’s co-chair and author of the last major climate economics study in 2006, outlined the levers for change.

First and foremost, he said fossil fuel subsidies “have to go”. At US$600 billion a year, these incentives to keep using dirty sources of energy are worth six times the support for new clean technologies.

That should be followed by “strong, predictable carbon prices,” he said.

“At the moment, people can dump carbon pollution into the atmosphere for free.”

The report did not attempt to specify what the carbon price should be, but Lord Stern said the EU price at the moment is “far, far too low”.

And the US government’s indicative price of US$35 a tonne is “on the low side”.

There must also be a concerted push for research and development (R&D) into low carbon technology, he said.

Energy R&D spending has halved since the late 1970s, said Lord Stern. “That is extraordinary – it is a serious mistake.”

Governments should be spending more than US$100 billion a year on promoting innovation by the mid-2020s, the report recommended.

Finally, it acknowledged: “Not all climate policies are win-win, and some trade-offs are inevitable, particularly in the short term.”

The case for some measures, such as carbon capture and storage, will have to be made on the strength of climate risk arguments.

And while there will be green jobs, some people working in carbon-intensive sectors are likely to be made redundant.

“The human and economic costs of the transition should be managed through support for displaced workers, affected communities and low-income households,” said the report.

LORD STERN: Costs and risks of inaction will be severe