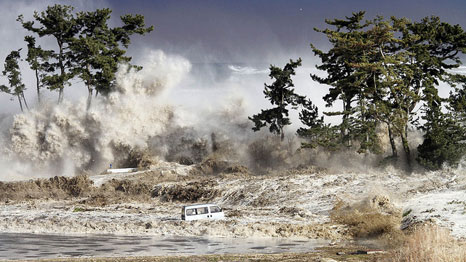 Natural disasters displaced three times as many people as war in 2013, with 22 million people forced from their homes by extreme weather.

This is the finding of a new report by the Norwegian Refugee Council, which charts how floods and storms are driving more and more people to find new places to live.

Between 2008 and 2013, an average of 27 million people were displaced every year by natural disasters, the researchers found. More than four out of five refugees came from Asia, the hardest hit continent.

“This increasing trend will continue as more and more people live and work in hazard-prone areas. It is expected to be aggravated in the future by the impacts of climate change,” said  Jan Egeland, secretary general of the NRC.

Over the next three decades, however, the report said climate change would have a relatively small impact on extreme weather compared to year-on-year variability.

The figures showed that the risk of being displaced has more than doubled in four decades.

This is because more people are exposed to natural hazards than they were 40 years ago, the report says. Urban populations have almost doubled since the 1970s and more than tripled in developing countries.

Of these natural hazards, weather events such as storms and floods have the biggest impact. These were behind 94% of refugee movements in 2013.

Climate change means that storms and floods will become more frequent and severe in the future, which will contribute to a continuing rising trend in displacement in decades to come.

While scientists are wary of blaming any single extreme weather event on climate change, the WMO said warming made Typhoon Haiyan – which killed over 6,000 people in the Philippines last year – more severe.

Typhoon Haiyan drove 4.1 million people from their homes in the Philippines, in the biggest exodus of 2013. Recovery efforts are still under way, with many people living in temporary shelters.

“Most disasters are as much man-made as they are natural,” said Alfredo Zamudio of the NRC. “Better urban planning, flood defences and building standards could mitigate much of their impact.”

This could be worked into upcoming UN agreements, including the post-2015 goals on disaster risk reduction and sustainable development, as well as the UN’s 2016 world humanitarian summit, recommends the report.

The UN is also working on another deal for 2015, which will seek to tackle the root cause of climate change and arrange adaptation measures.