Margareta Wahlstrom: how to deliver a UN climate deal

Another UN climate deal is set for sign-off in March 2015 – and no one’s fighting about it. How is this possible? 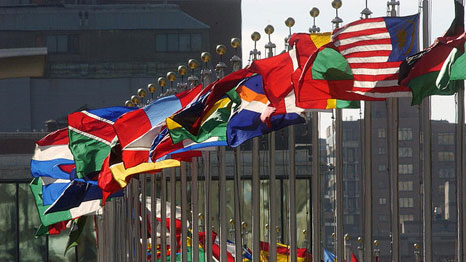 In 2015, the UN is to sign off a new agreement on how to reduce climate-related disasters, and no one is fighting about it.

If this sounds like an unlikely concept, it’s because the deal in question is not the long-awaited, hotly debated Paris treaty, being overseen by Costa Rican diplomat Christiana Figueres.

Countries intend to sign off this deal in March next year in Sendai, Japan. It will set out a new framework on how the world deals with disasters, including, but not limited to, those caused by extreme weather as a result of climate change.

Overseen by Swedish UN diplomat Margareta Wahlstrom, the framework is headed for success, with far less controversy than the deal that Figueres is trying to piece together.

“On disaster risk reduction, there’s an amazing degree of cohesiveness and consensus on what needs to be done, what the issues are,” said Wahlstrom, in an interview with RTCC.

“If you take a look at all the regional outcomes, you will realise that they are all saying the same thing, with a slightly different emphasis because all regions have slightly different profiles from a disaster perspective, but it’s a very cohesive agenda.”

Like the UN’s Paris deal, the DDR framework is still in the design phase. Echoing the UN climate meeting which took place in Bonn in June, a recent meeting of UN member states in Geneva to discuss the new framework concluded with the release of a list of “suggested elements” for the new text.

The overall shape of the final framework remains up for grabs: options include a more nuanced version of the existing framework, overall guiding principles, or a legally based instrument.

There are still diverging views on the agreement, but these are pragmatic, rather than the ideological warfare being waged between countries like the US and China within the main UN climate talks.

“I think it will be all an issue of balance, whether something is more important than something else, so whether you put emphasis on the urban risk or drought as a major risk,” says Wahlstrom.

Many of the issues that the two agreements contend with are very similar, to the extent that the two UN agencies need to take care not to overlap. So why does the DRR deal invite harmony and consensus while the climate deal provokes acrimony and has, on (one) occasion, drawn blood?

The immediacy of the need to deal with disasters helps, says Wahlstrom.

“It’s so concrete that it doesn’t require much negotiation. The IPCC report said managing climate change is about managing risk. I think that’s very much where we are on the same agenda. The difficulty with the climate discussion is many people still talk about climate as if it is something that won’t change in the future.”

It also helps that the new framework does not threaten to tie its signatories into binding, potentially expensive, obligations, she says – the bottom-up approach towards which the new UN climate deal also appears to be heading.

“That’s probably a very good model in today’s world because that means countries and organisations are driven by what they practically can achieve than trying to divide work.

“There are very often calls for legally binding things. The reality is that a lot of countries already have laws that define obligations on risk protection – not only on disasters but also on environmental issues.”

So could March’s deal inspire the usually fractious negotiators to approach the UN climate deal with greater harmony when they arrive in Paris in December 2015?

“I think it’s too late for that,” says Wahlstrom. “It’s been divided for so long.”

But, she adds, it’s not beyond the hopes of the delegates who met in Geneva last week to discuss the deal.

“Will it happen? I think still the issues around the convention obligations, they still will be there. But if countries can use the disaster risk reduction framework agreement for practical action, at least action here will be possible and reinforced.”