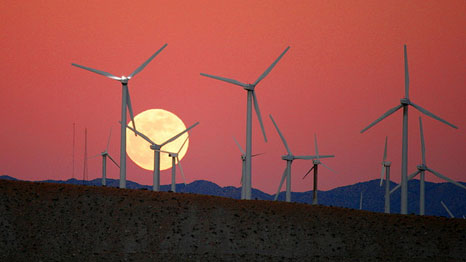 Tackling climate change is one of 17 goals included in the UN’s blueprint for its new post-2015 sustainable development agenda.

The text, pieced together by representatives from 30 countries, will be passed on to the UN for discussion among all member states at the General Assembly in September.

Whether or not the document will contain a goal dedicated to climate change has concerned some countries and civil society groups.

While countries such as France, Peru, Mexico and Bangladesh have supported the inclusion of a goal on global warming, others, including China and India, had rejected these calls.

Supporters say that, without a dedicated goal on climate change, sustainable development more widely will be impossible.

The goal on climate change could still be removed following further negotiations by the UN.

“It’s remarkable that we even got a dedicated goal given the politics,” said Farooq Ullah, executive director at the Stakeholder Forum for a Sustainable Future, who attended the meeting in New York last week.

But he added that the future of the goal was by no means certain: “I would say it is one of the five really contentious issues that was being debated until the last moment.”

It is still possible that the 17 goals could be reduced, in order to make them more manageable. There are only eight Millennium Development Goals, which expire in 2015 and which the new framework will replace.

Bernadetter Fischler, UK co-chair of the Beyond 2015 group, said that she was concerned that the climate change goal would be one of the first to get the chop should this be the case.

This is because climate change is already covered by a separate UN framework, with a new treaty to limit greenhouse gas emissions scheduled to be signed next in Paris next year.

In this case, climate change would have to be incorporated into the remaining goals – a process where the UN does “not have the greatest track record”, said Fischer. “It could easily drop through the cracks.”

The goal as it currently stands requires countries to strengthen their resilience to climate hazards, integrate climate change measures into national policies, and implement a pre-existing commitment by rich countries to donate US$ 100 billion a year from 2020 to tackle the problem.

But its lack of precise targets has left some observers disappointed, relying on imprecise designations where other goals invite quantified commitments.

“It’s the weakest, vaguest and the weirdest,” said Fischler. “It is the first one that’s going to be eaten by the wolf.”