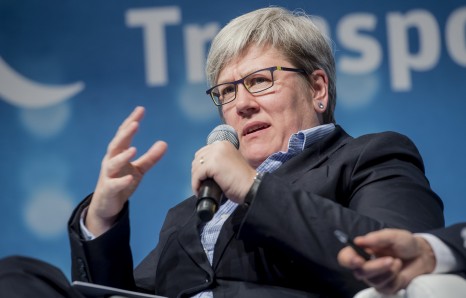 The huge number of countries and businesses interested in pricing carbon will become clear at the UN’s forthcoming climate summit, according to a senior World Bank official.

Rachel Kyte, the bank’s special envoy for climate change, said the meeting will see a number of states, regions and businesses announcing plans to factor in the costs of burning fossil fuels.

“We believe by the time we get to the summit we will have a very substantial number of countries, states, cities and companies and we will be able to talk about significant percentages of global GDP, the world’s population and greenhouse gas emissions coming from economies where carbon is being priced,” she told RTCC.

“We think that’s news because we think people don’t believe that is really happening.”

Hosted by UN secretary general Ban Ki-moon, the one-day summit on September 23 is intended to forge a common understanding between governments, NGOs and business on how to tackle climate change.

The World Bank believes pricing carbon is likely to be the most economically efficient way of curbing greenhouse gas emissions, which hit a record high in 2013, according to recent data from the WMO.

A report released in May revealed 39 national and 23 sub-national regions have implemented or are planning to implement a pricing system. 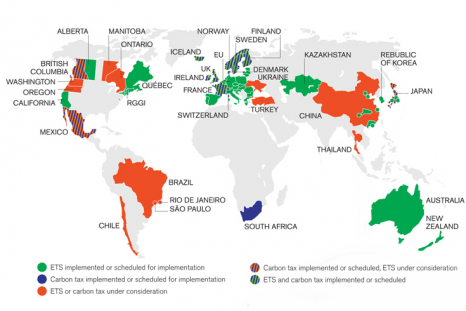 While the EU’s emissions trading scheme is perhaps the most well known, pricing areas in Canada, China and the US already operate.

Brazil, South Africa and Mexico are introducing their own tailored carbon taxes, as are Colombia, Chile, and Vietnam.

Global schemes are now valued at $30 billion, although weak climate laws and uncertainty over UN efforts to deliver an emissions reduction treaty has seen the price of carbon remain low.

The key message from Kyte, who has just returned from a visit to Australia (which is currently scrapping its carbon tax) is that this is global momentum behind valuing carbon.

How the New York summit may help maintain this apparent shift is by getting heads of state and specifically business leaders to to realise that they are not alone.

“A lot of companies are using a carbon price but they are quite coy about it,” Kyte said.

This confidence is echoed by Paul Simpson, chief executive of carbon reporting group CDP, who told RTCC current expectations on carbon prices are lower than reality.

“Many companies are using internal carbon prices that are higher than current regulatory markets,” he said.

Simpson cited Swiss-based Richemont, the second-largest luxury goods company in the world, which is planning a price of $5 next year moving up to $50 in 3 years, and using it as a tool to internally focus the business on efficiency.

“Finance and money is one of the great incentives in the human system,” he said.

On Monday CDP will release an updated version of its analysis of internal carbon pricing used by fossil fuel majors.

Last December it revealed Exxon, Shell, BP and Total were costing CO2 at US$8-60, estimates they felt were necessary given impending climate regulations.

Kyte said the UN summit will not touch on specific prices. The current range of costs by companies is huge, ranging from US$5 to over $100, with most in a range of $20-80.

She believes the geographical spread is more important in the near term, and the World Bank is engaged in long range work on what support developing countries would need if pricing goes international.

“We believe as you get more jurisdictions you start building up the possibility of a bottom-up globally connected carbon market,” she said.

While bankers and economists focus on the figures and explore the financial opportunities a CO2 price could create, the real driver of this agenda has a more human – and tragic – face.

There she witnessed first hand the struggle many islanders are waging, faced with rising sea levels and the potential of more extreme weather events driven by climate change.

Some of the island leaders present at the meeting do not believe their countries have a long term future, fearing they will disappear underwater this century.

Others are desperately calling for more help with funding to adapt to new realities. For Kyte, these stories add a moral element to the New York meeting, one she hoped will inspire attending leaders.

“We’ve put them in harms way, because of what we have been doing to the environment and the climate for the last hundred plus years – there’s nowhere to run to in these islands… they’re just sitting there in harms way, and it really does bring it home to you,” she said.

Those world leaders who do make it to New York – the UN expects 125 including US president Barack Obama and UK prime minister David Cameron – should come armed with “material” offerings, she adds.

“Leadership must mean you are prepared to use your political capital to pull the levers of economy, planning and other major integral decisions,” she said.

“You don’t want a head of state to come to a leadership summit and announce a $5,000 programme or a new sticker on fridges. You should be looking for what is the statement of leadership and is it serious?”

Those leaders that say going low carbon is simply too much to ask could do worse than look how the World Bank has evolved.

The Washington-based institution is far from being a bastion of greenness, but under Kyte and its president Jim Kim it has moved to back climate-friendly infrastructure projects.

“The starting point for us was understanding what climate was doing to our core business – you could apply that to government and to a private company,” said Kyte.

This is significant, given between 2008 and 2013 the bank reportedly provided US$ 21 billion of subsidies for fossil fuel projects, according to campaign group Oil Change International.

In July 2013 Jim stunned many seasoned bank watchers when he announced it would cease backing coal projects unless there were “exceptional” circumstances.

And despite criticism from some NGOs over its recent support for coal plants in Kosovo and India, Kyte said the bank’s last financial report showed “we didn’t do coal”.

But she did allude to significant internal hurdles to the bank’s new drive for green growth over the past few years, admitting it had needed “massive amounts of internal education”.

Its new $5 billion fund for energy projects in Ethiopia, Ghana, Kenya, Liberia, Nigeria and Tanzania may test the bank’s resolve.

A recent Washington summit featuring leaders from those countries revealed some are willing to do whatever it takes to boost Africa’s woeful electricity supplies, even if that means burning more coal.

But overall, Kyte said she is convinced the bank’s strategy is correct, and one that will provide the best chance of development to countries in Africa, Asia as well as those climate vulnerable small island states.

“If you don’t have thick skin in this business, you shouldn’t be in it,” she said.

“That doesn’t mean to say we won’t improve from critique of stakeholders when they bring stuff to our attention that maybe we have missed, but in the last financial year we reported on we didn’t do coal.

“Does that mean we won’t do any in the future? No – we’ve said we reserve the right in extreme circumstances, but I really don’t think that’s the big story.”