The World Bank plans to stop providing financial support to new coal projects, unless the developments take place in poor countries where alternatives like renewable energy would be too expensive.

The draft proposal, Toward a Sustainable Energy Future for All, outlines the World Bank’s goal of providing universal access to energy to help end poverty in a clean and sustainable way.

Despite this, the bank remains open to investing in coal “in rare circumstances where there are no feasible alternatives and other sources of financing are absent”. 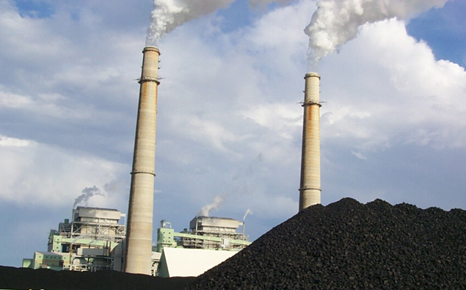 The bank will invest in coal if no other financial or technolgical options are available. (Source: Advanced Energy Centre)

To date, the bank has provided hundreds of millions of dollars to back coal plants in India and South Africa, as well as support for exports of US-mined coal.

The US, the bank’s largest shareholder, proposed similar plans this week. As part of President Barak Obama’s Climate Action Plan, he pledged to end US financing of overseas coal projects from the US Export-Import Bank.

The President has also called for the “phase-out of fossil fuel subsidies – which amount to more than $500 billion annually [and] would lead to a 10% reduction in greenhouse gas emissions below business as usual by 2050”.

Obama has stipulated that instead of funding coal projects, unless they are in the poorest nations or have expensive carbon-capture technology, he will “promote fuel switching from coal to gas for electricity production and encourage the development of a global market for gas”.

Encouragingly, the Ex-Im Bank is not averse to Obama’s plans: “I am committed to working with the bank’s board of directors to implement President Obama’s call to end public financing for most new coal-fired power plants overseas,” Ex-Im president Fred Hochberg said in a statement.

For the first time, existing gas and coal fired power plants, which account for 43% of US emissions, will face tougher pollution limits set by the Environmental Protection Agency, a move Obama says will help the USA to meet its pledge to cut emissions 17% below 2005 levels by 2020.

The World Bank was criticised for its investment in fossil fuels when in 2010 it spent $12 billion, a third of its energy budget, on fossil fuel power plants raising concerns about its commitment to climate action.

Last month, Jim Yong Kim, president of the World Bank had defended the organisation’s investment in coal power plants. He said the World Bank was looking for alternatives to coal, but had to be realistic about the cost of using renewable energy to meet the needs of poorer nations.

“From my perspective, the climate change and the coal issue is one thing, but the humanitarian issue is another,” he explained.

In an interview with Reuters last week, Kim said: “We know there are coal-burning plants that are incredibly dirty but we know for sure we can make them cleaner.”

“If I have an opportunity to go into a setting and turn an extremely dirty coal burning plant into one that’s cleaner in a country that’s extremely poor and needs the energy I’m going do everything I can to avoid investing in coal.”

“We have this issue that people need energy to grow,” said Kim.

The World Bank “recognises that each country’s transition to a sustainable energy sector involves a unique mix of resource opportunities and challenges,” according to the bank’s draft proposal.

“Every effort will be made to minimise the financial and environmental costs of expanding reliable energy supply.”

Similar to the US, the bank added that it will scale up its engagement in natural gas while being “committed to the responsible development of hydropower”. It will not finance nuclear plants.

The World Bank committed $8.2 billion to finance energy projects in the 12 months through June 2012, according to its website. Of that, $3.6 billion was for renewable energy. The bank has not financed a major coal project since 2010, though it is studying whether to offer partial guarantees for a lignite-fired power plant in Kosovo.

In 2010, World Bank figures noted Kosovo generated over 96% of its energy from coal-fired plants.

Coal as a lifeline?

The question remains whether the financial ease with which coal plants can be constructed outweighs its detrimental effect on the environment and people’s health.

“Carbon pollution is the main contributor to climate disruption and is linked to life-threatening air pollution,” said environmental campaign group the Sierra Club.

“Not only is coal-burning responsible for two-thirds of US carbon emissions, but pollution from coal also causes serious health effects and contributes to four of the ﬁve leading causes of death in the United States: cancer, stroke, heart disease, and upper respiratory disease.” 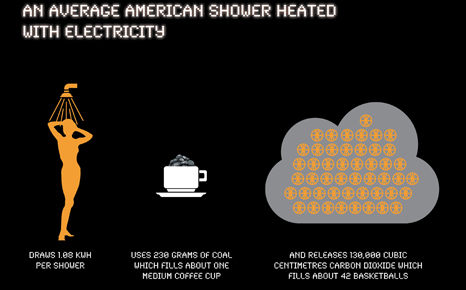 “There are always alternatives to coal fire,” Philippe Carr, consultant, WWF European Policy Office told RTCC. “It’s not to say we don’t want people to have access to energy – it’s a fundamental right – what we’re saying is that there’s always an alternative to coal.”

Carr suggests renewable technology like solar as an alternative to coal. “We all know the prices for solar are falling and falling; last I saw there was between a four and a five year return on the price of investment.”

WWF is currently lobbying the world’s largest public financial institution, the European Investment Bank, to follow the World Bank’s example and phase out financing for coal.

“The review plainly shows the EIB currently does not see stopping investment in unsustainable fuels like fossil fuels or nuclear energy as a priority. The EIB needs to change its focus immediately and support only renewable energy and energy conservation, to reach climate change targets.”

“We are very disappointed that the EIB has not announced a clear phase out of support for coal,” said Sebastien Godinot, economist at WWF. “Instead it has opted to impose an emissions cap based on the amount of energy being produced. But over the long-term this just won’t work. The cap is set at least 60% too high, the five year review periods are too long and there are too many possible exceptions.”

Carr argued that coal “locks that country in for the long term and the carbons associated with it”.

The people that have been gifted these coal plants “are the ones that are going to suffer with climate change,” concluded Carr.