Islands leaders are bored with finger pointing, says Marshallese president: it is time to act 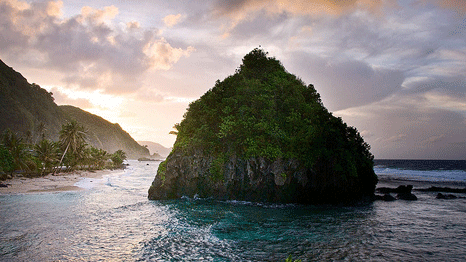 All this talk of partnerships – and all we can achieve here in Samoa – will be moot if we don’t address the greatest threat to the very future of all of our island homelands: climate change.

Already our atoll islands are under threat, and our fresh water is becoming saltier. The king tides are higher, and the droughts more frequent.

While we are doing what we can by boosting our resilience through strong adaptation efforts – including through the Micronesia Challenge – for a country like my own, barely two meters above sea level, this is quickly becoming a full blown climate change emergency.

We are not just talking about impacts to our economies and to our societies; we are talking about a world where many of our countries could literally cease to exist.

While history has always been a story of territorial conquests and the redrawing of lines on a map, the potential loss of entire countries due to the pollution of others is completely without precedent. We cannot allow this to happen.

In just three weeks’ time, world leaders will come together for the UN secretary general’s climate summit in New York.

As the secretary general has said himself: Samoa must start the drumroll for New York, and as island leaders we have a unique role to play there and on the road to Paris.

We may be small, but leadership comes naturally to us.  Last September, the Pacific region demonstrated this with our Majuro Declaration for Climate Leadership which captured in one place some of the world’s most ambitious emissions reduction and renewable energy targets.

And next March, when some of the world’s largest economies announce their new energy and emission plans for 2020 and beyond, we will be prepared to show the same courage and conviction in coming forward with our plans to help create a race to the top.

Put simply, the time for finger pointing is long-past, and that old game holds no real interest for me, nor for so many of my fellow leaders gathered here this week.

Instead, we must recognize that there is no more powerful form of leadership than leadership by example. In the face of the biggest challenge of our generation, we must be the leaders that we were all elected to be.

It is time for us to form the greatest climate change alliance the world has ever seen. And this alliance must have its genesis here in Samoa.

Christopher Loeak is president of the Marshall Islands. This is an excerpt of a speech delivered at the 3rd UN Conference on Small Island Developing States on 1 September.