Oil and gas majors, together with Google, Walt Disney and Delta all preparing for ambitious climate regulations 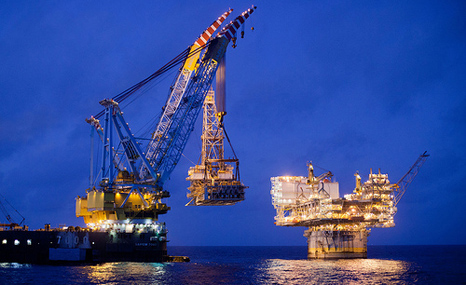 Leading oil and gas companies are integrating internal carbon prices into their business strategies, disclosures to the CDP organisation indicate.

A study published this week reveals Exxon, Shell, BP and Total are all internally pricing a tonne of carbon between US$ 8-60, referring to this as a carbon cost, fee or price.

An increasing number of companies believe carbon pricing will form a part of future regulations to address climate change, say CDP, a non-profit aimed at encouraging companies to report their environmental and social impacts.

“Therefore, companies cite use of a carbon price as a planning tool to help identify revenue opportunities, risks, and as an incentive to drive maximum energy efficiencies to reduce costs and guide capital investment decisions,” the report says.

BP says its price of US$40 per tonne of CO2 is based on estimates of what “might realistically be expected in particular parts of the world.”

Chevron, whose CEO John Watson dismissed climate concerns earlier this year, says that all capital projects of more than $5 million must estimate emissions and the range of carbon costs and benefits.

ConocoPhillips, which works off a price range of US$6-46 per tonne of CO2e, recommends all projects costing more than US$ 75m or with potential emissions of more than 25,000 T/CO2e must evaluate how they would work with a carbon price.

Also of note is Delta Airlines’ decision to incorporate the potential costs of the aviation emissions trading scheme the EU is trying to enforce for all flights in and out of the region.

It says this is “in anticipation of compliance with EU ETS and regarding future expectations of CO2 emissions costs into decisions for future aircraft purchases.”

While the study illustrates how major fossil fuel companies are concerned about the impact climate policies could have on their operational costs, analysts say they do not take into account the impact of the use of fuels they extract.

“For the companies this reflects the likely costs to them but means only around one eighth of the emissions are covered, and the impact on the demand end for consumers is not incorporated,” said James Leaton, Research Director at the Carbon Tracker Initiative.

“The current limited application does not change investment decisions in the same way it might for a utility, which is why oil companies are still considering oil sands projects for example.”

A carbon price set at US$150 is frequently mentioned as a level required to incentivise investments in low carbon technologies, and is significantly higher than the US$7 carbon currently sells at in the EU’s emissions trading scheme.

A discussion paper written by climate economist Chris Hope in 2011 suggests a price of US$100 per tonne could raise around £32 billion in the first year.