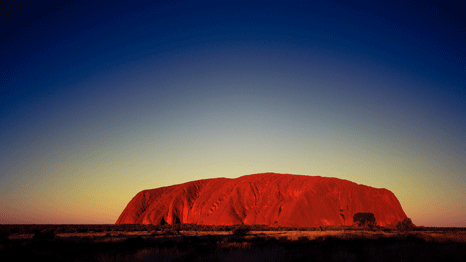 The weather in several cities in Australia is already hotter than scientists have predicted it will be by 2030, a new report shows.

In Melbourne, Adelaide and Canberra, the number of days where the weather exceeded 35C has already beaten scientists’ projections, according to Australia’s Climate Council.

The report show that in Adelaide, for instance, models project that the city will experience about 23 extremely hot days every year after 2030, compared to an average of 17.5 between 1961 and 1990.

But new research shows that the weather between 2000 and 2009 has already eclipsed this, with the city counting an average of 25.1 days of extremely hot weather each year.

And it is a similar story in Melbourne – where the 2014 Australian Open tennis tournament had to be suspended on January 16 when temperatures exceeded 43C – and in Canberra, the capital city.

“When looking at heat waves over the last 60 years things are getting worse,” said Professor Tim Flannery, head of the Climate Council. “In a stable climate that would not be happening.”

The Climate Council, which produced the report, is a crowdfunded independent reincarnation of the Climate Commission, an advisory body to the government on climate change that was abolished last year when Tony Abbott’s government was elected.

The report points out that the frequency and duration of heat waves both increased, with the hottest days becoming hotter, in Australia in the period 1971 to 2008. In the last decade, hot weather records have been broken three times more often than cold weather records.

It points out that the increase in hot weather is being replicated across the world, as the climate responds to increasing levels of greenhouse gases in the atmosphere.

“The trend toward more frequent and more severe heatwaves in Australia is part of a larger global trend,” it says in the report.

“Very severe heatwaves have occurred elsewhere, including Europe in 2003, Russia in 2010 and several regions in the south and central US in 2011 and 2012.”

Currently, California is experiencing an historic drought, which has prompted President Barack Obama to pledge over US$100 million in financial aid to impacted communities, along with promises to include a $1 billion climate resilience fund into the next federal budget.

But this commitment has not been matched in Australia, where Tony Abbott’s right-wing government has been criticised for rolling back the country’s climate legislation, and threatening to renege on its international commitments under the UN.

Earlier this month, the government promised that it would fulfil Abbott’s election promise to repeal the country’s carbon tax this July – a move that would see a price on pollution be replaced with a ‘Direct Action Plan’, which instead encourages emissions reductions through financial incentives.

Environmental groups and analysts have said that the budget set aside for this plan will not be enough for Australia to meet its 5% emissions reduction target under the Kyoto Protocol, which is currently the world’s only legally binding climate change treaty.

Analysis by the Climate Institute has found that another $4 billion is needed if Australia is to hit this target. Abbott has said he will not set aside extra funds should there be a shortfall.