Direct Action: should we give Tony Abbott’s climate plan a chance?

Is the Coalition’s Direct Action Plan a definitive end to Climate Action or a case of clever re-branding? 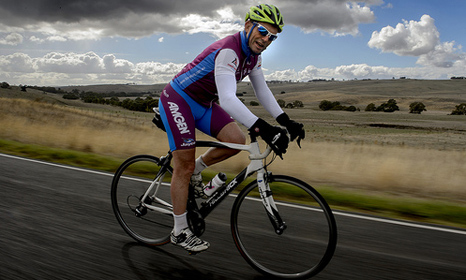 Tony Abbott has described climate science as ‘absolute crap’ in the past (Pic: Flickr/Tony Abbott)

The new Australian Coalition Government has stated that its first order of business will be repeal of the Carbon Pricing Mechanism (CPM) or the so-called ‘carbon tax’.

In place of the CPM, the Government will address climate change and carbon emissions through its Direct Action Plan (The “DAP”).

Will this leave again leave a domestic climate policy vacuum in Australia as many suggest? Certainly the proposed repeal will do away with great swathes of the CPM and related Clean Energy Package.

Therefore at first blush one should not be surprised that many have accused new Australian Prime Minister, Tony Abbott of being a climate vandal who is determined to turn Australia’s away from any efforts to tackle climate change.

But is this true? It is not.

The new Government has an alternative plan in the DAP. In fact this Government has committed to the same 5% reduction of 2000 emission levels by 2020 as the outgoing Government.

It is confident that implementation of the DAP will allow it to meet this target.

So let’s leave speculation on if and how the current CPM would be repealed to the countless other pieces on that and take a look instead at the DAP which would replace it.

Let’s ask what for many may be a very difficult question to entertain, should we give Tony Abbott the benefit of the doubt on climate change?

The Government aims to commence its Direct Action Plan by 1 July 2014. It is an incentive based policy designed to support emissions reduction activities through:

-a capped  government fund which will purchase “lowest cost abatement” from projects that reduce or avoid greenhouse gas emissions (Emissions Reduction Fund or ERF), and

-the imposition of financial penalties on businesses which exceed their “business as usual” emissions baselines.

The details of the Direct Action Plan will be developed through a white paper process (White Paper). Submissions will be sought by 7 October, consultation will take place between 6 November and 16 December, and implementing legislation will be ready by 5 February 2014.

The analysis which has been carried out on the DAP has largely focused on the first arm of the DAP, the ERF.

Although the exact details of the Fund will be finalised during the White Paper process, it is currently proposed that Low Carbon Australia (which will be demerged from the Clean Energy Finance Corporation to act as administrator of the Fund) will buy the “lowest cost per tonne abatement” from entities which:

-reduce emissions through a project approved under the existing and/or expanded Carbon Farming Initiative (CFI), or

-create abatement by operating below their “business as usual” baseline.

Low Carbon Australia will purchase abatement through a reverse auction where entities can voluntarily place bids based on the lowest price they are willing to sell their abatement for.

However, it is worth noting that prior to the election, the Prime Minister elect, Tony Abbott,  stated that “the bottom line is we will spend as much as we have budgeted, no more and no less” and “we will get as much environmental improvement, as much emissions reduction as we can for the spending that we’ve budgeted.”

One implication from these comments is that the Government may not meet the 2020 target if it turns out that more money than what has been allocated is needed to purchase the necessary abatement.

However, this is where the second arm of the DAP may come into play. There is currently very little detail available on what this baseline penalty & credit scheme will look like or how it will work.

The exact details of who will be liable to pay financial penalties under the DAP and the value of those penalties is expected to be consulted on and finalised through the White Paper process.

The Government has, however, referred to the fact that the “business as usual” emissions baselines will be calculated on an individual firm basis, will be based on a firm’s average emissions over the past five years using data reported via the National Greenhouse and Energy Reporting Scheme (NGERS) and may potentially be linked to a firm’s emissions intensity.

Therefore it is not fantasy to speculate that some form of re-packaged & re-named market mechanism could emerge from this new legislative process.

They probably will want to understand if the baseline will be as stringent as the CPM cap, can they buy cheaper emissions reductions or offsets and will they receive compensation as many of them would have under the CPM.

None of this detail is clear yet but it does mean that there is potentially a lot to play for in the White Paper and Consultation process which will form part of the necessary law making.

Australia has under both shades of Government been designing emissions trading schemes, issuing white papers & running consultations on the same for well over ten years now.

This is a game Australians understand all too well.

From an international perspective it is important to understand that Australia is not turning its back on any action to tackle climate change.  But clearly the jury is still out on how effective or not the DAP will be if and when it replaces the CPM.

This is very much about domestic politics and a different approach between political parties. Whether the end result is substantive or not remains to be seen.

Anthony Hobley is Global Head, Sustainability & Climate Change at Norton Rose Fulbright. He recently played a role in the advocacy around the Australian Clean Energy package. Follow him @arhobley