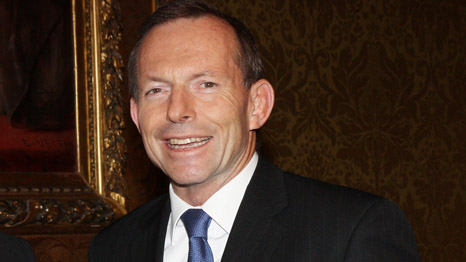 Australia’s axed Climate Change Commission rose from the ashes today in the shape of an independent, privately funded Climate Council.

Tim Flannery, former chief commissioner, announced today that the Climate Council would work in much the same way as the old Commission, but would be funded by an “Obama-style” raising of money, through small donations from ordinary Australians.

Speaking at the Council’s launch, he added: “In my view they are extraordinary Australians. They are the ones who have stepped up and recognised the need and sacrificed just a bit to ensure the job gets done.”

Tony Abbott, the new elected prime minister of Australia, disbanded the Climate Commission soon after taking office, with Environment Minister Greg Hunt branding it a cost-saving decision, rather than an ideological statement of the new government’s stance on climate science.

But for many, this excuse was a weak attempt to stifle an informed conversation about climate science and policy. The Commission was set up by former Labour leader Julia Gillard to disseminate clear information about climate change.

The Commission was abolished at a key time, with the release of the UN’s long awaited climate report on Friday meaning there is to be a high demand for the clear communication of science to the public – a task that will fly to the top of the new Council’s ‘to do’ list, says climate change scientist Professor Will Steffen, who will be a member of the new body.

Over 4000 people signed a petition encouraging the Climate Commission to continue its work, and in one day of funding has received $400,000. This year, the Commission was due to receive a total of $580,000 of government funding.

Andrew Bradley, Australian coordinator of the European Climate Foundation, told RTCC that the new model of financial support was sustainable.

He said, “If you look at some of the people who have come out openly supporting the work of the commission, you have everyone from firefighters to defence force chiefs and that would suggest to me this is not a grassroots environmental movement. Certainly the work of the climate commission has been highly regarded right around the world.

“I think with people like Flannery involved, it will be set up in a way that it’ll be beyond reproach. They are people of the highest calibre who are certainly not in it for personal gain. There was great public goodwill towards the Commission and what they did.”

The issue of climate change is heavily politicised in Australia, with the divisive carbon tax having recently taken centre stage in the election earlier this month.

Tony Abbott does not have a strong track record in supporting the science on global warming, and entered the climate sceptic hall of fame when he branded it “absolute crap”.

He has since come round to the idea that climate change is manmade, but has made it clear though his election promises and actions to date that he is unwilling to take strong action to reduce Australia’s emissions.

The Climate Commission existed to help the public to see through the politics, says Erwin Jackson, deputy CEO of The Climate Institute in Australia.

“The public are confused; they’re turned off by the politics,” he told RTCC, “so having an institution like the climate change commission provided a place that the business community could go to get information that they can have confidence is not being influenced by the political process.

“Not having those in the long term diminishes the ability of our democracy to deal with this issue.”

While the independent advisory body, the Climate Change Authority, will remain in place until at least 2014, many believe that the fate of the Climate Commission is a strong indication about the future direction that the government’s climate policy will take.

Earlier this month, Abbott announced that his Cabinet would be the first in six years not to contain a ministerial role for climate change issues, merging it with the wider environment portfolio.

There have also been strong indications that time could be limited for the Climate Change Authority and the Clean Energy Finance Corporation – although unlike the Commission, both would require legislation to abolish, which is unlikely to be passed through the current make-up of the senate, where the Labour Party and the Greens will continue to hold the balance of power until July 2014.

Lawyers confirmed recently that, regardless of instructions from ministers, the $10 billion CEFC is legally obliged to continue making loans to renewable energy projects in the commercial sector as it is mandated to do.