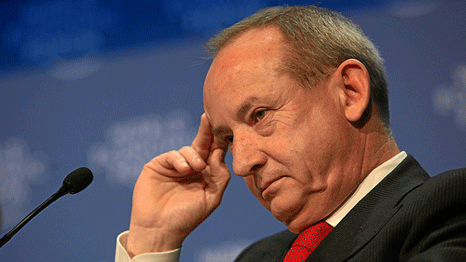 Carbon needs to be priced at US$ 150 per tonne if governments are serious about avoiding dangerous levels of climate change, the UN’s former chief climate envoy has warned.

“If you put the climate agenda in a big pot and boil it for four days, what you’re left with is the need to put a price on carbon,” he told RTCC. “And the only way governments can justify pricing carbon is by looking at the broader cost to society of action and inaction.”

On Friday the IPCC’s AR5 report revealed scientists are now 95% certain humans are the main cause of warming since the 1950s.

And for the first time it also revealed how much more carbon dioxide countries could release into the atmosphere before unleashing dangerous levels of climate change.

Politically, targets can be useful says de Boer. He was one of the architects behind the decision taken by governments in 2009 to ensure any increase in the world’s temperature was below two degrees, beyond which the consequences of climate change could become devastating.

“One very useful outcome of Copenhagen [2009 UN summit] was the political recognition that we need to maximise temperature increase at two degrees, and I think an important function of the IPCC report is to tell us how much time we have left before that window of opportunity closes, if it hasn’t closed already,” de Boer said.

“I don’t have the faintest hope that a deal in 2015 in one fell swoop will close the gap to 2C. I think it’ll be a step on a journey, and I hope a very significant step.”

A carbon price set at US$150 is frequently mentioned as a level required to incentivise investments in low carbon technologies, and is significantly higher than the US$7 carbon currently sells at in the EU’s emissions trading scheme.

A discussion paper written by climate economist Chris Hope in 2011 suggests a price of US$100 per tonne could raise around £32 billion in the first year. It could also be unpopular, given costs of gas generated electricity and petrol would rise.

But de Boer hopes a recently commissioned report into the economics of climate change by the UK and six other countries will demonstrate the value of taking tough action to address rising emission levels.

The US$8.9 million analysis will be chaired by former President of Mexico Felipe Calderón, and reviewed by Lord Stern, whose 2006 report De Boer describes as “invaluable”.

It is due to be published in September 2014, ahead of a world leader’s summit in New York hosted by UN chief Ban Ki-moon.

“If Calderon personally engages with this and can bind senior politicians at his level to putting – as it were – their money where their mouth is, and acting on the analysis, that will be a big help as well,” said de Boer.

UN climate chief from 2006-2010, de Boer now works for KPMG and says he is increasingly impressed by the level of engagement from business in sustainability issues.

He cites the Rio+20 Earth Summit as the moment when major companies decided they could no longer wait for leadership from squabbling governments, who eventually agreed on a massive but watered down The Future We Want text, which loosely outlined an ambition for ‘green growth’.

But he stresses the need for governments to offer more policy certainty for investors, a factor that perhaps still holds the clean tech industry from realising its true potential.

“As long as we live in a society where inaction is more valued than action it’s difficult for business to advance,” he said.

Many hope a proposed UN climate change deal in 2015 will drive business and governments towards investing in low carbon growth.

Since agreeing in 2011 to work towards a ‘protocol, legal instrument or agreed outcome’ countries have been discussing what a global emissions reduction treaty could look like.

Recent moves by the USA and China to cooperate on climate policy have raised hopes in some quarters, while de Boer says he is “looking forward” to seeing what re-elected German Chancellor Angela Merkel can offer at negotiations.

Climate sceptics have been “quite limp” and “seem to be losing steam” he adds, arguing that the biggest danger to the UN climate process is not having a clear mandate or goal ahead of Paris in 2015.

And de Boer, who chaired the ill-fated Copenhagen summit in 2009, says national envoys need to work fast to outline what exactly they want to achieve, starting with the UN’s meeting in Warsaw that kicks off on November 11.

“It’s a bit like going out on a first date with a very attractive woman, but you don’t know whether at the end of the meeting will come a marriage contract, an agreement to live together or just an exchange of telephone numbers to meet again,” he said.

“And that then makes it a dangerous evening’s adventure to embark on. And in that sense it’s important to get clarity as early as possible on what 2015 will deliver so that you can hold politicians accountable.”