China and the USA are finalising details of their new climate pact ahead of a meeting between President’s Xi and Obama in California this week.

A new working group to discuss how the two nations could work together on climate change was established in April this year and there is growing evidence that the pair could link their regional carbon markets.

Cooperation on climate change could become a central part of China and the USA’s relationship according to Xie Zhenhua, who leads China’s negotiations at the UN talks.

“Climate change will become a new highlight of the Sino-US bilateral relationship,” said Xie after a meeting with his US counterpart Todd Stern. 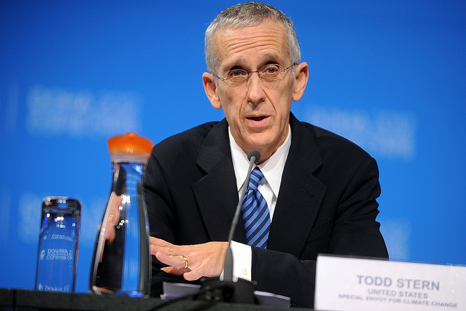 “The establishment of the working group shows that the leaders attach great importance to the issue of climate change, and regard the issue as an important content of bilateral relations,” he added.

Despite an increase in engagement, the US preference for a new UN climate treaty to allow nations to set their own greenhouse gas reduction targets has been labelled inadequate.

“Forceful cooperative action between the US and China is more critical now than ever,” said Stern. “Such action will be good for each of the countries individually, and good for the whole world.”

More clues on how the world’s two largest emitters of greenhouse gases will tackle their emissions could emerge as the USA’s plan and other proposals are discussed at the UN climate talks in Bonn this week.

Last week, UN climate chief Christiana Figueres was reported to have said that China and the USA had begun talks on linking their carbon markets.

Xi and Obama will meet at the Sunnylands estate in California with one to one talks on Thursday and Friday. It is the first meeting between the twice since Xi came to power in March.

California established a state-wide carbon emissions platform at the beginning of 2013 and carbon trading could be one area for further work between the two.

“It is a bilateral partnership on climate change to look at issues that are of interest to both of them. It will probably be concerned with the implementation of certain policy aspects,” said EU negotiator Artur Runge-Metzger. “It is similar to what the EU has with China.

“We work with China, particularly on the Emission Trading System and we also have a partnership operating on a city level. I don’t think it is about agreeing a bilateral deal that would be transposed into an international deal,” he added.

China and the USA both agreed to start work on negotiating a global deal to reduce emissions at the UN Durban climate talks in 2010.

Since then China has launched a series of pilot carbon markets with a view to establishing a national scheme in the future.

The USA has continued to reduce its emissions, largely through policies focusing on efficiency and pollution controls for power stations. The country’s switch from coal, to lower carbon, domestic gas use for electricity production has also cut its greenhouse gas output although much of the displaced coal has eventually been exported overseas.