IPCC: world on course to break 2C warming limit by 2100

The blockbuster science report of the decade is out, bringing with it an urgent message on the state of the planet 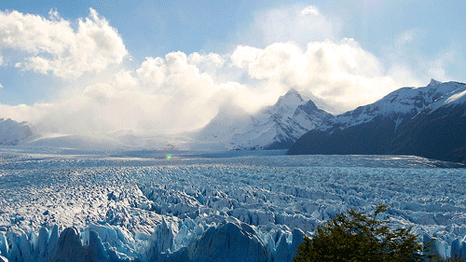 Scientists sent a clear warning across the globe today: without a powerful effort to reduce greenhouse gas emissions, the planet will likely exceed 2C by the end of the century.

Launching the long awaited IPCC report in Stockholm today, scientists warned that the world would see temperature rises of at least 1.5C by 2100, and would likely tip over into 2C unless there is a concentrated effort to bring down emissions.

Some of the damage is already irreversible, the report warns.

It says, “Most aspects of climate change will persist for many centuries even if emissions of CO2 are stopped.

“This represents a substantial multi-century climate change commitment created by past, present and future emissions of CO2.”

The document is the first instalment of a giant review of research in climate science that has taken place since the last report was published in 2007. The first part, undertaken by Working Group 1 (WG1) and launched today in Stockholm, deals with the physical science that drives climate change.

Thomas Stocker, co-chair of the report, said, “As a result of our past, present and expected future emissions of CO2, we are committed to climate change, and effects will persist for many centuries even if emissions of CO2 stop.”

The evidence that this warming is caused by humans is “unequivocal”, said Stocker, speaking to journalists gathered in an old brewery in Stockholm today, where the final meetings have been taking place.

Speaking sleepily – he began by warning those assembled that he had slept just six hours in two days – but clearly, he said that the preceding report’s conclusion that humans are responsible for global warming had been strengthened this time round by improved research on all aspects of the earth’s climate system, including oceans, air and land.

“Human influence on the climate is clear,” he said.

The report will be subjected to an enormous amount of scrutiny – by scientists, by sceptics and also by governments, who will use the IPCC to inform policymaking as they decide how best to tackle the problem of the earth’s changing climate.

The obvious challenge is how to reduce the volume of greenhouse gases, and especially carbon dioxide, being spewed out into the atmosphere through the burning of fossil fuels.

The report says that the carbon dioxide, methane and nitrous oxide in the atmosphere “have increased to levels unprecedented in at least the last 800,000 years.”

It adds: “CO2 concentrations have increased by 40% since pre-industrial times, primarily from fossil fuel emissions and secondarily from net land use change emissions.”

“Warming will continue under every scenario available,” said Stocker, adding that although it is not the remit of the IPCC to advise on policy that “We take out of this report a clear policy relevant message.”

“We have concluded that in order to limit climate change, it will require substantial and sustained reduction of greenhouse gas emissions.”

Addressing the scientists and media at the opening of this morning’s press conference, UN Secretary General Ban Ki-moon said, “The heat is on. Now we must act.” Governments have already started to respond to this message.

John Kerry, the US Secretary of State, issued a statement saying that the IPCC “builds on the most authoritative assessments of knowledge on climate change produced by scientists, who by profession are conservative because they must deal in what is observable, provable and reviewable by their peers.

“If this isn’t an alarm bell, then I don’t know what one is. If ever there were an issue that demanded greater cooperation, partnership, and committed diplomacy, this is it.”

“The IPCC’s report makes clear that unless we act now to reduce carbon emissions, all this will continue to worsen in coming decades,” Hague said.

“Governments, businesses and individuals all have a responsibility to tackle climate change. The longer we delay, the higher the risks and the greater the costs to present and future generations.”

The business community also signalled its willingness to learn from the report. “Government and business need to work together to mobilize a concerted and coordinated response to address the most significant environmental issue of our time,” said Coca Cola executive vice president Hubert Patricot.

“Those that do take action could see cost, competitive and operational benefits, that could help them steal a march on rivals and contribute to the success of the supply chains in which they operate,” added Andrew Bester from Lloyds Banking Group.

As today’s 80 minute press conference drew to a close, Stocker left the assembled media and scientists with a thought: “I think the most relevant insight is not where are we now, but where will we be in the next 10 to 15 years, and that depends on the decisions we’re taking today.”