Colombia, Indonesia, Norway and Sweden all back review of costs and benefits of cutting carbon emissions 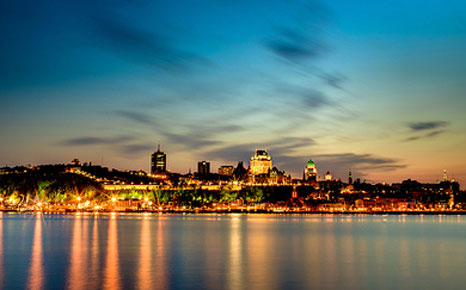 South Korea, Ethiopia and the UK have joined forces with four other countries to launch an $8.9 million analysis into the economic impacts of climate change.

The project aims to contribute to the global debate about economic policy, and to inform government, business and investment decisions.

It will be published next September just before a high-level UN summit on climate change chaired by Ban Ki Moon opens in New York.

The project will be coordinated by the Global Commission on the Economy and Climate (GCEC), a body created by the seven countries involved, which include Colombia, Indonesia, Norway and Sweden.

“Climate impacts are rising and the evidence of warming is increasingly clear, but most economic analysis still does not properly factor in the increasing risks of climate change or the potential benefits of acting on it,” said Commission chair and former President of Mexico Felipe Calderón.

“We need urgently to identify how we can achieve economic growth and job creation while also reducing emissions and tackling climate change.”

The study is expected to build on the UK’s 2006 Stern Report on the Economics of Climate Change, a study that for the first time gave policymakers an idea of what the financial costs and benefits of cutting carbon emissions could be.

“At a time when governments throughout the world are struggling to boost growth, increase access to energy, and improve food security, it is essential that the full costs and benefits of climate policies are more clearly understood,” said Lord Stern, vice-chair of the Commission.

“It cannot be a case of either achieving growth or tackling global warming. It must be both”.

Per Klevnäs, senior project manager and economist at the Stockholm Environment Institute told RTCC that this project was not wholly comparable to the Stern Review because the main topic covered by the project is “green growth”.

“There is a need to connect these insights and issues [to be raised by the report] to the present concerns that people have and to understand how those can be fulfilled under a low carbon path and under what circumstances it’s possible to do that.

“The other thing is that we don’t actually know what will be in the report. We’re setting out to explore this and the answer isn’t a preconceived notion – there is a lot of confusion in this area [which calls for] clear and impartial exploration of these issues.”

Along with SEI, research partners come from six continents and include the Climate Policy Initiative and World Resource Institute.

Klevnäs said: “This can be a highly charged area and it’s important that anyone involved in this is scrupulous.”

Other members of the Commission include Helen Clark, head of the UN Development Programme; Sri Mulyani Indrawati, managing director and chief operating officer of the World Bank; Takehiko Nakao, president of the Asian Development Bank; Paul Polman, CEO of Unilever; and Nemat Shafik, deputy managing director of the IMF.

This new study comes as the Intergovernmental Panel on Climate Change (IPCC) presented a final draft of its comprehensive review of climate science to experts in Stockholm.