The US wants to open the door for philanthropists and businesses to contribute to the Green Climate Fund, despite fund staff’s doubts 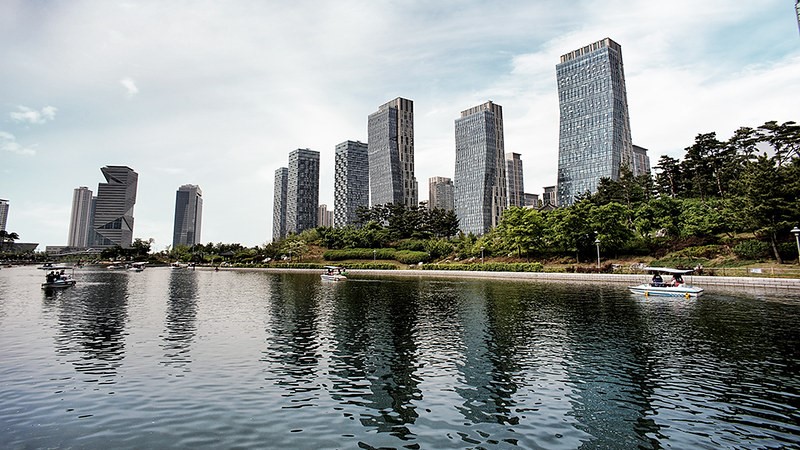 Wealthy nations are pushing for the United Nations Green Climate Fund (GCF) to seek donations from big businesses and the super-rich, as government donations prove increasingly unreliable and insufficient.

The UK and US have together failed to hand over more than $2bn of promised money to the fund, which has responded by putting three projects on hold.

At the fund’s October board meeting, the US led wealthy countries in pressuring the fund’s staff to target private sector donations, despite the secretariat expressing doubts about this strategy.

The Green Climate Fund was set up in 2010. Based in South Korea, it receives voluntary donations from rich nations and distributes this money to projects which help low and middle income countries cut emissions or adapt to climate change.

In 2014, then US president Barack Obama promised the fund $3bn but only handed over $1bn before the end of his term. His successor Donald Trump did not give any money to the GCF and, so far, neither has Joe Biden. With Republicans expected to take over Congress on 8 November, it’s unlikely that the US will deliver this money in the next two years if at all.

In 2019, Australia's then prime minister Scott Morrison said he would not "tip money into that big climate fund” and the country has not contributed since. A new government took over in May on a promise to do more on climate change but, after dodging the question on the campaign trail, it has yet to rejoin the fund.

These failures have led to cutbacks. In March, the GCF's head Yannick Glemarec told a board meeting: "Regarding the need for more mitigation [carbon-cutting] projects, this will very much depend on whether or not we are able to mobilise some additional resources.”

At the latest board meeting, the fund announced it would postpone three projects because the UK government had failed to deliver $288m due in September. A GCF spokesperson refused to say what these projects were. GCF deputy head Henry Gonzalez said two were in the world's least developed countries (LDCs).

The UK's board member Sarah Metcalf said this non-payment was because of "pressures on the UK [overseas development aid] budget as a result of ongoing crises". Blaming the Covid-19 pandemic, the UK cut its aid target from 0.7% of national income to 0.5% in 2021. This "temporary measure" has yet to be reversed.

Facing cutbacks, the fund's secretariat put together a research paper on alternative sources of funding for the 2024-2027 period. They looked at whether to seek donations from big businesses, rich people, governments through the International Monetary Fund's special drawing rights and from optional levies on purchases like airline tickets.

However, the paper's authors found there would be "significant challenges" to accepting private sector donations. From speaking to philanthropic foundations in 2021, the GCF had found that they were unwilling to cede control over funding decisions.

The GCF's board, made up of an equal number of government representatives from developed and developing countries, decides how to allocate funds. Donors do not have a say.

The authors said the GCF would have to spend about 10% of its money on fundraising, that competition for funds is "fierce" and the GCF could be accused of "crowding out other smaller organizations". It would also need more legal resources to comply with tax and money laundering regulations.

'Hand on the steering wheel'

After the GCF's director of external affairs Oyun Sanjaasuren presented the findings to the board, the US's Victoria Gunderson hit back.

"I'm often known for my candour so I'll be quite candid," she said. "This is not exactly the paper and the tone that I was anticipating to receive so I would have enjoyed or welcomed seeing more options and solutions and multiple paths rather than a series of obstacles without opportunities written behind it."

Board members from the Netherlands and France also urged the GCF to keep looking into this strategy. Norway's climate envoy and board member Hans Olav Ibrekk said: "Its quite clear that public sources will not be enough so we need to look at alternative sources."

In numbers: The state of the climate ahead of Cop27

However, Ibrekk agreed that private donors would try to influence spending. " If you give money to the GCF, you would like to have your hand on the steering wheel, you will not sit in the trunk,” he said.

Titi Akosa, a Nigerian environmentalist and official board observer, told the meeting: "Developed countries should remain the primary source of funding for the GCF. Exploring alternative sources of finance should not be used as a diversion from the core responsibility and obligation of developed countries to provide finance directly to the GCF.”

The GCF will be seeking contributions from governments next year ahead of the 2024-2027 spending period.