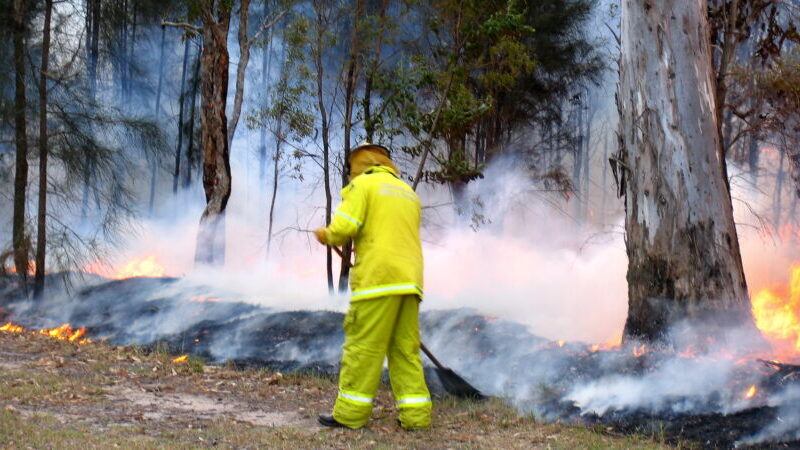 Australia’s elections are notoriously hard to predict and this Saturday’s is no exception. Polls suggest voters could wake up governed by either the incumbent Liberal-National coalition led by Scott Morrison or the Labor party’s challenger Anthony Albanese.

Despite frequent bushfires, floods and a bleaching barrier reef putting climate high on the list of voters’ concerns, the main parties have not majored on it in their campaigns. That has created an opening for the “Teal independents” to run on climate platforms in typically conservative areas, while Greens could gain seats in the senate. In the event of a hung parliament, they could be kingmakers.

The outcome matters for the climate. Australia emits more CO2 per person than any other large country, with emissions over twice as high as the European Union. As a wealthy country, it could afford to fund climate action in developing countries and its links to some of the world’s most climate-vulnerable nations, Pacific islands, mean it could be a huge force for good in the region.

That’s not the role it’s currently playing. Since he forced out his more climate-focussed Liberal predecessor Malcolm Turnbull, Morrison’s rhetoric and policies have been designed to anger environmentalists. Turnbull has accused his former colleague of a “fossil fuel fetish” and sending a “calculated ‘fuck you’ to the global consensus demanding climate action”.

As a result of his policies, Morrison was snubbed by the British hosts of Cop26 when he was not invited to a leaders’ climate ambition summit in March 2021. He only confirmed his attendance at Cop26 itself after Queen Elizabeth II, Australia’s monarch, was recorded criticising leaders who weren’t coming.

On the other hand, Albanese’s Labor Party wants to not just attend Cops but to host one. It promises to bid to co-host Cop29 in 2024 with a Pacific country. That plan faces several diplomatic hurdles but is a sign that they want to repair Australia’s climate image.

The 2015 Paris Agreement on climate change works on the principle that countries volunteer to progressively increase their ambition. Most large countries – including the US, , China, EU and Japan – have done this through improved “nationally determined contributions” (NDCs) to the UN deal.

Morrison has refused. Instead, he’s stuck with Australia’s target to reduce emissions by 26-28% between 2005 and 2030, far less than other wealthy countries.

Yeah Australia is last on all baselines, even at 28% pic.twitter.com/LoO3tcdHp2

Labor wants to increase that target to 43%. That’s still lower than the UK, EU or US but similar to Canada, Japan and South Korea. As Labor’s candidate for climate minister Chris Bowen said, it would put Australia “back to the international pack”.

Bowen defends his target by saying that Morrison’s inaction means he can’t be as ambitious as he’d like to be. “We’re starting in 2022,” he said, “I wish we were starting in 2016 or 2019 and setting out what we could do by 2030”. He adds that 43% is not just a target but what energy modellers said would be the result of Labor’s policies.

In 2020, Australia was the world’s biggest exporter of the world’s dirtiest fuel – coal. Neither the Liberal-National coalition nor Labor plan to end that dubious record.

Morrison once infamously brought a lump of coal into parliament, telling the Labor Party “don’t be scared, it won’t hurt you”.

Richie Merzian told Climate Home the only real difference on fossil fuel production is that Labor “seem a lot more reticent to give additional or new subsidies for fossil fuels”. Data from the OECD shows the Australian government provides US$7.3bn of fossil fuel subsidies a year, $280 per Australian.

On consumption, as its target indicates, Labor wants to move faster away from fossil fuels. Its two flagship policies are to improve the electric grid so that it can handle more renewables and to fix the loopholes in the “safeguard mechanism” so that it does what it is supposed to – reduces pollution from major emitters.

Morrison’s climate policies have focussed on “technology not taxes”, investing in private sector green projects. Another focus is energy efficiency through more efficient appliances and solar power. Climate Action Tracker has rated these policies as “insufficient”.

Cleaning up the world

Albanese and Bowen, whose western Sydney constituency includes a large Pasifika community, want to repair that reputation. Part of that is co-hosting Cop29 with a Pacific nation but Pacific islanders want more than a talking shop. They want seawalls and solar panels and the money to build them.

Despite the Uniting Church inviting multiple Liberal MPs no-one from the Govt showed up. pic.twitter.com/RhLOqmBD3h

Labor’s climate finance plan is thin. It promises to divert A$3.5 billion ($2.4billion) from an existing facility for financing infrastructure in the Pacific towards climate resilience.

The program will consist of both grants and loans in a ratio not yet determined. Labor says it will aim to help Australian businesses.

Australia’s fair share of rich countries’ collective $100bn a year goal is estimated to be $3bn a year and neither Labor, the Coalition or even the Greens have pledged that much.

Labor has dodged questions about whether it would contribute to the UN’s Green Climate Fund, which Morrison stopped funding in 2019.

Merzian said Labor had been “lukewarm” on the GCF, but “it will be very difficult for it not to rejoin”.

Pacific leaders have been focussed on calling for direct climate finance from Australia rather than for them to re-join the GCF, whose funds are distributed across the world’s developing countries.