Australian budget offers nothing to flagship UN scheme as its board seeks replenishment, while climate shapes as divisive election issue 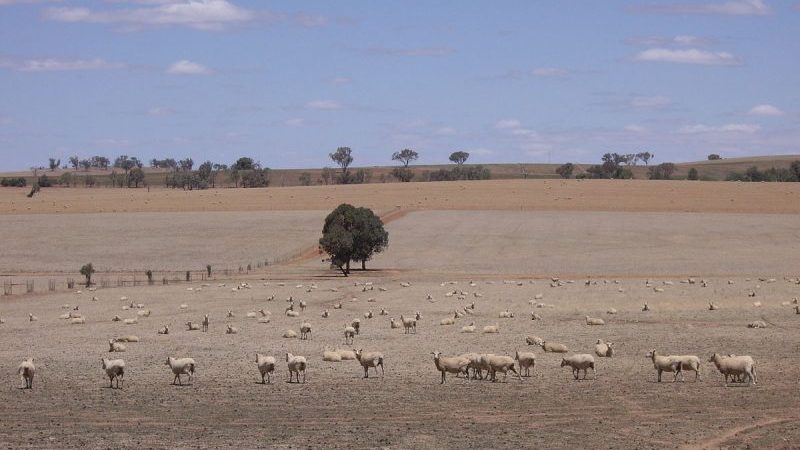 Despite broad public concern about rising drought and bushfire risk, Australia's government has failed to bring emissions down (Photo: Commons/virtualsteve)

Australia will stop contributions to the UN’s major fund for battling climate change this year, according to government budget papers released on Tuesday.

With a federal election looming, the government followed up on prime minister Scott Morrison’s threat not to “tip money into that big climate fund”.

Since 2015, Australia has given $187m to the fund, which finances projects in the developing world that cut emissions or promote resilience to climate impacts. The budget document said Australia made its “final” contribution of $19.2m in December.

Around a third of Australia’s overseas development budget is spent in the climate-vulnerable Pacific. But the Australia Institute’s Richie Merzian said multilateral institutions, such as the Green Climate Fund, were able to leverage private investment in projects in “a way that the Australian Government has struggled to do”.

Why is tiny Nauru getting $26.9m in climate finance to build a port?

“The GCF has co-financing capabilities and regional coverage that Australia couldn’t possibly provide,” he said. Merzian also noted that Australia’s overall aid budget was dropping when measured against the growing economy.

In a statement, Oxfam Australia said the budget was a “catastrophic failure of leadership in the face of the climate crisis – which is out of step with a majority of Australians – and growing inequality and it undermines the future of our Pacific neighbours”.

The Green Climate Fund formed part of a compact between poor and rich countries that was the basis for the Paris climate agreement. Having spent nearly half of its original $10.3bn allocation, the fund has signalled it intends to start raising new finance from developed countries this year.

By the time the hat is passed around, Australia’s position may have changed. The country is expected to hold elections next month, with the major parties sharply divergent on climate policy.

In a speech last year, shadow foreign minister Penny Wong said “it goes without saying” Labor would “be willing to work with” multilateral organisations including the Green Climate Fund to combat global warming.

This week, Labor gave an indication of the domestic climate package it will take to the poll. The partial release indicated it will try to revive the national energy guarantee, formerly a government scheme that saw Australia’s last prime minster overthrown in favour of Morrison.

The Labor version is more stringent and would cut emissions in the electricity sector 45% on 2005 levels by 2030. (The now-dropped coalition government plan aimed for 26%.) Labor also pledged that half of all new cars sold would be electric by 2030.

Polling puts the opposition Labor party, with leader Bill Shorten, in the lead. The government, on the defensive, has called Labor’s climate policy a “Trojan horse for a carbon tax” and announced tax cuts in a bid to win back voters.

In its budget, the Liberal-National coalition announced $2bn over 15 years to finance what treasurer Josh Frydenberg called “practical emission reduction activities”. These include funding farmers and indigenous land managers to store carbon in the soil.

“Through our measures, as we have done in the past, we will beat our international emission reduction targets,” Frydenberg said on Tuesday.

Australia’s emissions grew last year by 0.9%, according to the latest government data. The country has been criticised for using a system of pollution credits from the 1997 Kyoto Protocol to meet its targets while allowing real emissions to continue rising. Labor has said it would close that loophole.

The amount available for climate projects pales in comparison to fuel tax breaks for businesses, O’Shanassy added. “In this budget the government plans to spend $4.36 subsidising pollution for every dollar it spends on climate action.”