Without more money coming in, the Green Climate Fund’s head warned that the pipeline of carbon-cutting projects in developing countries would have to be cut 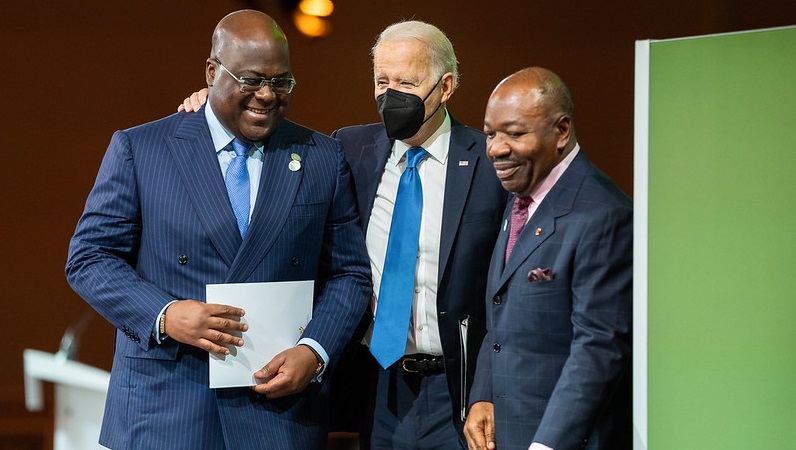 The head of the UN’s flagship climate fund has warned that it will have to reject emissions-cutting projects if its donors do not provide more resources.

Green Climate Fund (GCF) executive director Yannick Glemarec told a board meeting yesterday: “Regarding the need for more mitigation projects, this will very much depend on whether or not we are able to mobilise some additional resources”.

Without that additional funding, “some turn-off will be unavoidable,” he said. “It’s one of my fears.”

Campaigners blamed the US for these potential cut-backs. Action Aid’s policy director Brandon Wu told Climate Home News: “If the GCF needs to limit its operations in the near future due to lack of funding, it’s hard to find any single country more at fault than the United States”.

“By failing to meet its responsibilities to fund the GCF,” Wu said, “the US is failing frontline communities in developing countries and it is also undermining the prospects of global climate cooperation more broadly.”

The US owes the GCF $2 billion. In 2014, then president Barack Obama promised the fund $3bn but only handed over $1bn before the end of his term. His successor Donald Trump did not give any money to the GCF and, so far, neither has Joe Biden.

Earlier this month, the US Congress approved a 2022 spending bill with a mere $1bn for international climate finance and no money for the GCF. Biden had requested Congress to approve $1.25bn for the fund but negotiations brought the amount down to zero. 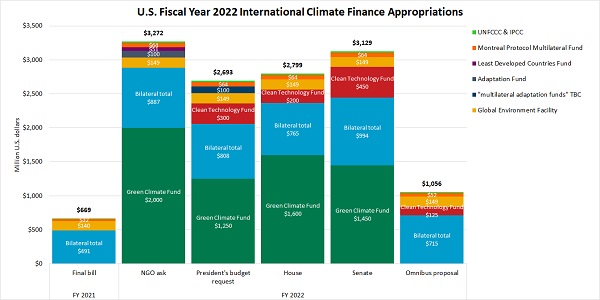 On Monday, the Biden administration published its request to Congress for the 2023 fiscal year, which includes $1.6bn for the GCF. Erika Lennon, a senior attorney at the Centre for International Environmental Law who attends GCF board meetings on behalf of civil society, told Climate Home this was a "paltry" amount.

Lennon reiterated campaigners' demand for the White House to deliver $8bn to the GCF. That would cover its $2bn debt plus $6bn to bring the US in step with other donor countries, which doubled their contributions to the fund during its first replenishment in 2019. Collectively, EU member states have delivered more than $9bn to the fund.

If Biden is to ensure that at least $1.6bn is allocated to the GCF in 2023, it will need to make it a funding priority, World Resources Institute's climate finance analyst Joe Thwaites said.

Republicans have previously blocked GCF funding and securing Congress' backing won't be easy. Commenting on Biden's $1.6bn request, Republican representative Lance Gooden tweeted "Biden will give handouts to the green industry while Americans are stuck paying $4 [a gallon] at the gas pump".

Last year, representative Lauren Boebert tweeted: "Democrats have no problem wasting and spending as much of your tax dollars as possible on their liberal wishlist".

Joe Biden will give handouts to the green industry while Americans are stuck paying $4 at the gas pump.

Thwaites said the US could fund the GCF through flexible funds like the state department's economic support fund, which wouldn't require Congress approval. This is the vehicle Obama used to make two $500m payments in 2016 and 2017. In 2022, the fund's budget was increased by $1bn.

"However," Thwaites warned, "this account is used to fund many different overseas programmes and so it depends on how many other claims there are on these resources and whether the administration will prioritise funding the GCF".

The GCF was set up at UN climate talks in 2010 as a financing vehicle for developing countries' climate action. It has since allocated more than $10bn to projects designed to cut emissions and support vulnerable communities cope with climate impacts.

At the urging of developing countries, the GCF is trying to assign more of its funding to adapting to climate change rather than reducing emissions.

While it is aiming for a 50:50 split, projects to reduce emissions have so far received 62% of the funding in nominal terms and 52% on a grant-equivalent basis.