Food price inflation is no joke in Egypt, where geopolitical tensions are overshadowing preparations for the next UN climate summit 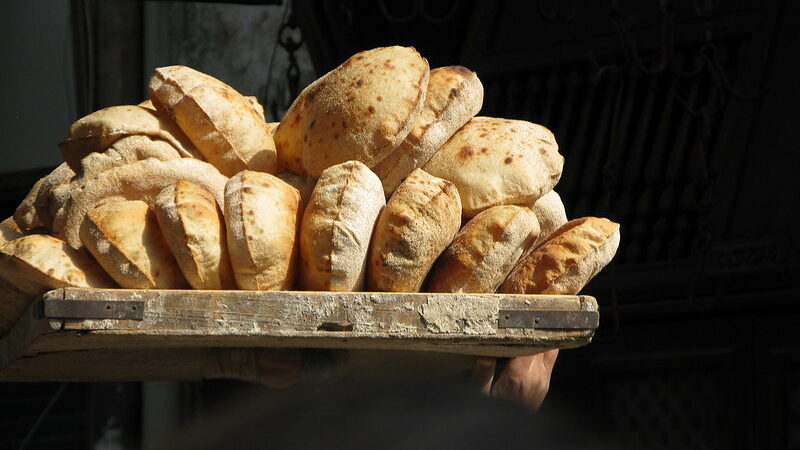 Global wheat prices hit an all-time high in March, as Russia’s invasion of Ukraine disrupted exports from the breadbasket of Europe and triggered a market panic.

In Egypt, a major wheat importer from what was now a conflict zone, this raised the spectre of revolution. The last time prices neared the $12 a bushel mark was in 2008. The cost of living, along with rising unemployment and political repression, sowed unrest that culminated in the overthrow of president Hosni Mubarak three years later.

In response to the latest surge of inflation, the government fixed the price of bread, telling millers to bulk out flour with wheat bran. Aish baladi, the puffy round flatbread served with most meals, now contains extra fibre.

Against this backdrop, the Egyptian government hopes to use its presidency of Cop27, the next UN climate summit, to support food and energy security. Thousands of international delegates will descend on the Red Sea resort of Sharm el-Sheikh 6-18 November, with a weighty agenda.

“We are living through difficult times. Egypt has been particularly affected by the consequences of the geopolitical tensions,” Cop27 president and Egypt’s foreign minister Sameh Shoukry, told a meeting of the British Egyptian Business Association.

Shoukry said the country had been “able to absorb the most severe impacts of the crisis” – at least for now.

“It’s a crunch,” Wael Aboulmagd, Egypt’s special representative to the Cop27 president, told Climate Home News in an interview. “Prices have gone towards the roof” and that is having “a heavy economic burden.”

In Sharm el-Sheikh, governments have an opportunity to “learn the right lesson” from the geopolitical situation, Aboulmagd said: “We need to reduce our reliance on fossil fuels. We need to move faster and faster towards renewables.”

It is a lesson that has yet to reach the top of the Egyptian government.

Mahmoud Mohieldin, the former investment minister appointed to work with cities, regions and business leaders at Cop26, takes the same line as Aboulmagd. Writing in Climate Home, he deplored the “new fossil fuel extractive bonanza” that followed Russia’s invasion of Ukraine. Cop27 must focus on a drastic phasedown of fossil fuels and transforming the food system, he wrote.

Yet when the EU went looking for alternatives to Russian gas, Cairo answered the call. While not a major global producer, ranking below the UK, Egypt is investing more than ever in state-owned oil companies and has signed new oil exploration deals this year.

President Abdel Fattah el-Sisi has been courting oil companies, making an appearance at the Egyptian Petroleum Show in February. Exxon Mobil’s John Ardill told the show he hoped to see the industry play a much larger role at Cop27 than at Cop26 “now that we’re in a gas hub”.

On climate, “there is still more talk than there is action on the ground,” Mohamed Kamal, co-director of Egyptian environmental education provider Greenish, told Climate Home.

One the biggest expectations from the Cop27 summit is for countries to come forward with strengthened 2030 climate plans that align with the Paris Agreement goals – something all nations agreed to do in Glasgow.

Among major emitters, only Australia and Brazil have heeded the call – and the latter is heading for higher emissions than it projected in 2015.

At a US-hosted summit last month, Chile, Indonesia, Mexico, Turkey, UAE and Vietnam all said they would update their plans.

The Egyptian government submitted its updated 2030 climate plan to the UN this week. Soaring inflation and a ballooning debt are curtailing its climate ambition, it said.

The plan is a step up from the previous one, which had no emissions target, and introduces sectoral objectives for electricity generation, transport and oil and gas. But it allows national emissions to keep rising, which does not match the ambition of the Paris Agreement goals.

The strongest element is a target for renewable energy to provide 42% of electricity generation by 2035 – a goal already established under the country’s energy strategy. Environment minister Yasmine Fouad pushed for the target to be achieved five years earlier without success.

A net zero emissions target is not on the cards. “We’re very far away from that,” Aboulmagd told Climate Home, describing it as “a global aspirational goal” that is incompatible with Egypt’s development objectives.

Unlike at the last round of talks, no major decisions are expected in Sharm el-Sheikh.

“Egypt has a different challenge to the UK presidency: it’s not a big bang Cop like Cop26,” Alex Scott, of think tank E3G, told Climate Home.

Instead, the buzzword is “implementation”.

Aboulmagd said the presidency will work to “narrow… [the] glaring gap on each and every one of the major issues”. That goes for cutting emissions, adapting to the impacts of the climate crisis, helping victims to bounce back from disaster and finding finance for all of it.

But preparatory talks in Bonn last month left “big blank pages” for Egypt to work with, said Scott. And the presidency has yet to set out “a clear vision… that a high ambition leadership group can rally around”.

Campaigners are hopeful a Cop on the African continent can deliver for vulnerable communities – and fearful that propping up Egypt’s Covid-hit tourism sector will take priority. 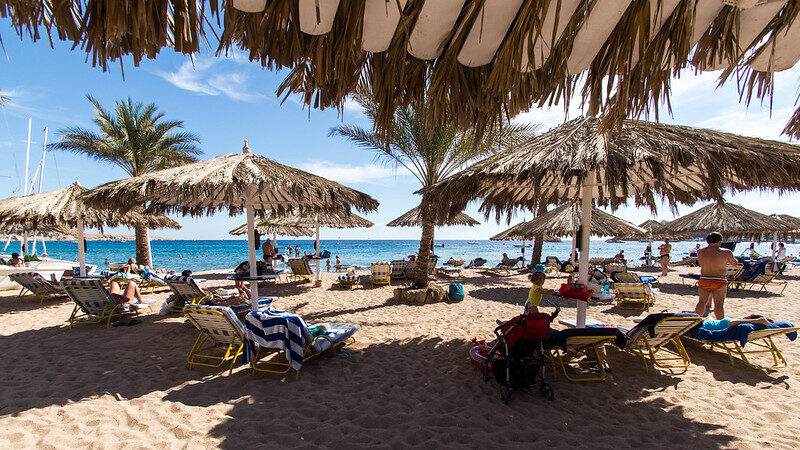 At a logistics briefing during preparatory talks in Bonn last month, observers were baffled by an emphasis on the activities available in Sharm el-Sheikh such as snorkeling.

“The wider circles of the Egyptian government seem eager to utilise this conference as a tourism ad,” said one Egyptian observer, who asked to remain anonymous.

In February, the government introduced a floor price for hotel rooms of up to five times the usual cost.

Madeleine Diouf Sarr, of Senegal, chair of the least developed countries’ (LDCs) group, told Climate Home of “legitimate” concerns it might restrict the number of negotiators who can attend the summit. The Egyptian presidency insists it has taken the concerns on board.

“A Cop held on the African continent should be accessible to all but especially those who are suffering the most from the effects of global warming, having done the least to cause it,” said Clare Shakya, director of climate research at the IIED think tank. “It is their voices that must be heard if climate justice is to be done.”

President El-Sisi has previously shown an interest in hosting dazzling and highly publicised events. The climate summit is another moment for the former military officer to come under the spotlight.

His regime does not typically tolerate criticism. It has placed severe restrictions on the work of nongovernmental organisations, jailed human rights activists, tortured them with electric shocks and beatings and banned people from protesting without prior approval from the interior ministry.

UN climate summits, on the other hand, typically make space for multiple protests. Egyptian officials have sought to assure international delegates they will have the usual freedom to speak their mind.

“Needless to say, civil society is an indispensable partner in the global effort to combat climate change,” reads a description of Cop27’s civil society day on the summit’s website.

During a ministerial meeting in Copenhagen, Denmark, Cop27 president Shoukry made a point of inviting two Extinction Rebellion activists to a meeting, saying later that they had “seen eye to eye”.

He then told the Associated Press protest would be allowed in “a facility adjacent to the conference centre” – away from the negotiations.

In private, Egyptian activists express fears that nothing will change for them and Cop27 activism will be kept out of sight and mind of the political capital Cairo.

“In Sharm El-Sheikh, there is the sea, desert and tourist resorts. There is nothing else. It is extremely isolated,” one told Climate Home. “This decision was taken on purpose, so they can control who will go there.”

In a pointed message last month, one of Egypt’s most prominent political prisoners, Alaa Abd el-Fattah, a figurehead of the 2011 revolution, warned: “Of all the countries to host they chose the one banning protest and sending everyone to prison, which tells me how the world is handling this issue. They’re not interested in finding a joint solution for the climate.”

Ambassador Aboulmagd said the government “will spare no effort to ensure our collective success in Sharm el-Sheikh.” Progress will require “listening to each other and moving away from the adversarial mode” that has dominated past climate summits, he said.

This is not a merely technocratic task but a question of legitimacy with the public. If popular concerns are not addressed, the conference risks making headlines for the wrong reasons.