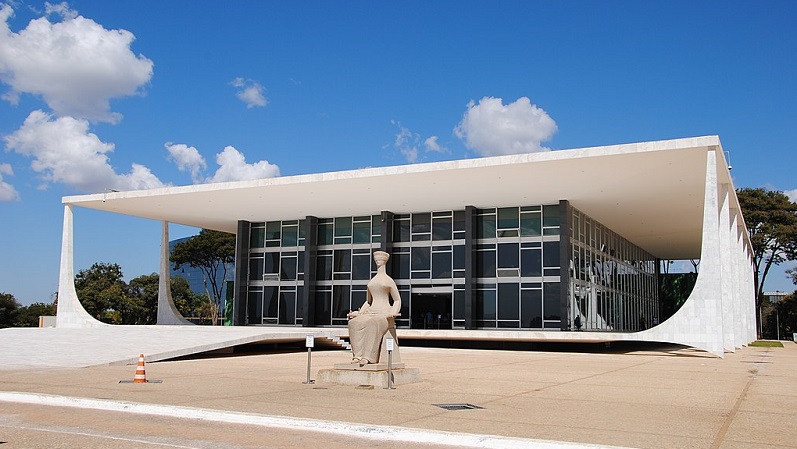 Brazil’s Supreme Court has become the first in the world to recognise the Paris Agreement as a human rights treaty – a move with significant implications for national and international law.

The declaration was made as part of the court’s first climate change ruling, which ordered the Brazilian government to fully reactivate its national climate fund.

“Treaties on environmental law are a type of human rights treaty and, for that reason, enjoy supranational status. There is therefore no legally valid option to simply omit to combat climate change,” the ruling said.

The judgment last week was the culmination of a lawsuit filed two years ago against the Brazilian federal government by four political parties: the Workers’ Party, Socialism and Liberty Party, Brazilian Socialist Party and Sustainability Network.

They pointed out that the climate fund (Fundo Clima) set up in 2009 as part of Brazil’s national climate policy plan was inoperative in 2019; annual plans had not been prepared and money had not been disbursed to support projects that mitigate climate change.

The court held a public hearing in September 2020, which included scientists, academics and people representing civil society and Indigenous groups.

In the judgment, endorsed by ten out of 11 presiding justices, Justice Luís Roberto Barroso noted the huge increase in deforestation in the Brazilian Amazon in 2021 – a problem that has shown no sign of slowing down. Brazil is the world’s fifth largest carbon emitter and deforestation is its largest source of emissions.

The Supreme Court recognised the climate fund as the main tool available to cut Brazil’s emissions. Not using it was therefore a breach “by omission” of the national constitution, which requires the state to protect the environment for current and future generations.

The judgment notes that the government “hurriedly” resumed some of the climate fund’s activities after the legal challenge was filed, but not all. It ordered the state to properly reactivate the fund, prepare and present annual plans for allocating resources and disburse funds to projects.

Brazil is one of the global hotspots for climate litigation outside the US, Australia and Europe, but this was the first case that had made it to the country’s Supreme Court.

The court has yet to rule on at least two other climate lawsuits. One calls for proper implementation of the Action Plan for Prevention and Control of Deforestation in the Amazon, a package of measures and financial directives agreed in 2004 by the federal government to combat Amazonian deforestation and degradation.

Another challenges the government’s failure to properly manage the Amazon Fund, a forest preservation initiative created in 2008. International funding for it has declined since the election of Jair Bolsonaro as president.

The cases have all been brought by political parties because it is the only way allegations of fundamental rights breaches can be heard directly at the Supreme Court.

Caio Borges, law and climate portfolio manager at the Instituto Clima e Sociedade (iCS) in Brazil, told Climate Home that the court’s declaration that the Paris Agreement is a human rights treaty gives it legal status above national law. “So in future cases, if there is a challenge to a policy or a law in relation to the Paris Agreement, then the courts will apply this understanding and there will be a presumption that the government will need to demonstrate that the challenge law is not in conflict with [it].”

Coming in the same week as the US Supreme Court’s decision to hamper the power of its Environmental Protection Agency to regulate carbon emissions, the Brazilian ruling could also have implications outside its own borders.