What to watch in 2022: critical moments and issues for climate diplomacy

An African Cop, landmark science reports and a long overdue biodiversity summit will shape the response to climate change this year 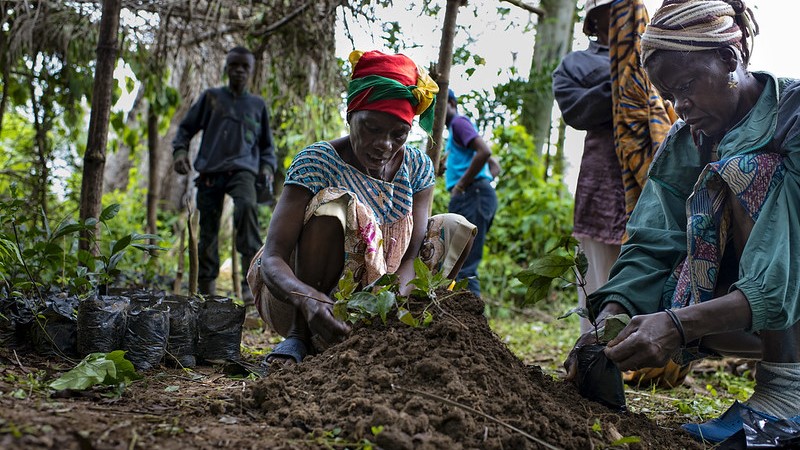 With the next round of climate talks planned on the African continent, 2022 offers a chance to put climate justice and solidarity at the forefront of international efforts.

The Egyptian host of the Cop27 climate summit has said it will spotlight resilience and adaptation to climate impacts – African nations’ top climate priority.

Developing countries are demanding additional finance and policy support for those on the climate frontlines to cope with deadly droughts, heatwaves, floods and storms.

Delivery of vaccines to the world’s poorest will be necessary to get a grip on Covid-19 globally and free up headspace for dealing with the climate crisis.

The publication of two major scientific reports by the Intergovernmental Panel on Climate Change will help to shape strategies for adaptation and mitigation.

From the EU’s plans for a carbon border tax to rising scrutiny of net zero plans, equity considerations are an essential thread running through the policy debate.

The Cop27 climate talks are due to take place in Sharm el-Sheikh, Egypt, 7-18 November. While the Red Sea beach resort is one of the wealthier corners of the continent, an African summit can give voice to the millions for whom a drought or storm makes the difference between dignity and desperation.

At the summit, negotiators are to advance work to define what a global goal on adaptation should look like, under a two-year work programme agreed at Cop26.

The delivery of finance to cope with climate impacts is one of the most critical issues for African nations and other developing countries. Rich countries agreed to double their national contributions to adaptation finance between 2019 and 2025 but that won’t meet all of poorer nations’ needs.

Developing countries are demanding concrete pledges are made ahead of Cop27 with the issue likely to dominate this year’s talks. “By the time we arrive in Egypt, developed countries should be able to provide information on how those plans are progressing,” ambassador Janine Felson, of Belize, told Climate Home News. Warm words from the US and the EU are unlikely to broker a deal in Egypt.

A two-year dialogue to explore funding arrangements for victims of extreme weather and rising seas begins this year and is expected to be contentious. Developing countries are demanding meaningful and additional funding to recover from irreversible impacts of the climate crisis, against resistance from rich nations.

Expect a renewed push for recognition of Africa’s “special needs and circumstances”. Efforts by the African Group to have its climate vulnerability formally recognised in the UN system have so far been unsuccessful, with some experts calling on the African Union to raise the profile of the issue. 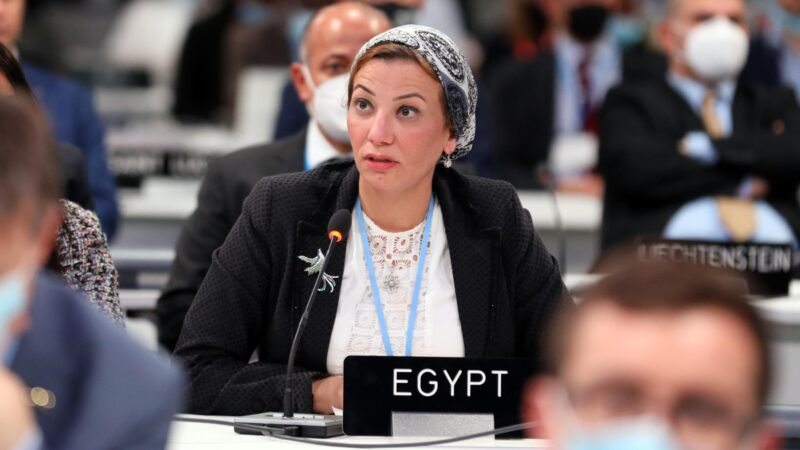 Rights group have expressed concerns about the free and safe participation of civil society groups, citing Egypt’s widespread jailing of activists and criminalisation of peaceful assembly.

Ahead of the African Cop, the continent is being courted from all sides. An EU-African Union summit is planned for 17-18 February in Brussels, Saudi Arabia is due to host an Arab League-Africa summit in Riyadh in the spring and Joe Biden is due to host African leaders.

The last climate summit in Glasgow, UK, galvanised bold pledges on ending coal power, curbing methane emissions and halting deforestation. Those need to be translated into national climate plans and concrete policies before any can be declared a success.

Sustained climate diplomacy will be needed to fulfil the promise of initiatives like an $8.5bn package to help South Africa transition from coal to cleaner energy. Hailed as a potential model for other emerging economies, it is to include support for coal mining regions to diversify. But it remains unclear what form the finance will take and how it will be spent.

President Cyril Ramaphosa has said the cash should be overwhelmingly delivered in grants, while funders are leaning towards loans. How the deal is implemented this year could determine whether other nations seek similar arrangements. 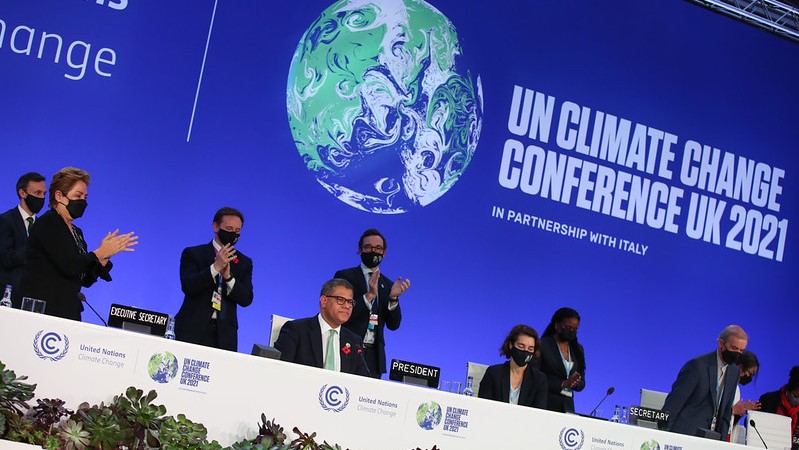 The Intergovernmental Panel on Climate Change (IPCC) is due to release two major reports as part of its latest assessment of the climate system.

The first report, published in 2021, looked at the physical changes taking place as a result of human activity. The second, due for publication in February, will assess the impacts of climate change on ecosystems, biodiversity and human societies and cultures, their capacity to cope, and options for adaptation.

The science could bolster the case to urgently scale up support for vulnerable nations and provide a wake-up call in wealthier parts of the world that are not immune from severe climate impacts.

The third report, expected in the spring, will assess ways of reducing greenhouse gas emissions and removing carbon dioxide from the atmosphere.

The rapid spread of the omicron variant globally as the Covid-19 pandemic spills into a fourth calendar year underlines how uneven vaccine distribution makes infection hard to contain.

While booster jabs are being rolled out in rich nations, millions of the world’s poorest have yet to be offered a single shot of protection. As of early January, about 72% of vaccines had been administered in high and upper-middle-income countries against 0.09% in low-income nations.

Equitable access to vaccines is on the agenda for Germany and Indonesia, which are respectively taking on the presidencies of the G7 and the G20.

Both have made climate change and accelerating the energy transition one of their three priorities. Mobilising the trillions the world needs to confront the crisis must be at the heart of discussions, experts say.

To date, economic stimulus measures have broadly favoured fossil fuels over clean energy. That has to change for any chance of meeting international climate goals.

The redistribution of rare IMF fiscal relief, known as special drawing rights, from wealthy to poorer nations is a critical piece of the solidarity package to watch this year. 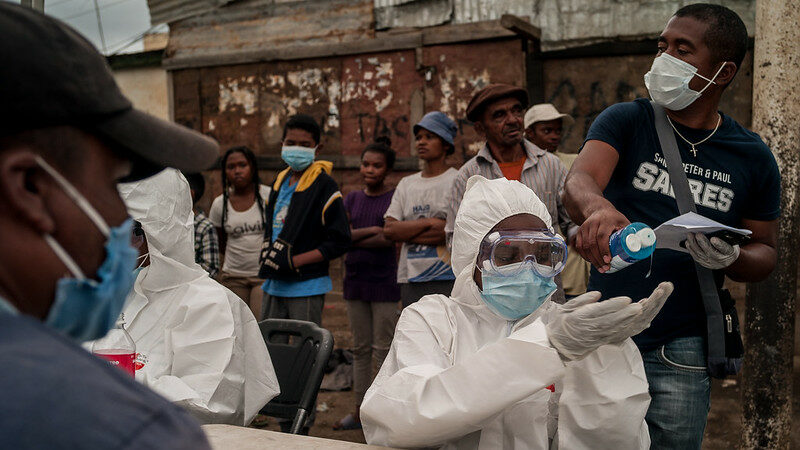 The race to set net zero targets became a sprint in 2021 with 90% of global GDP now covered by a net zero goal. These targets vary hugely in credibility and scrutiny of the detail is critical.

This year should see UN secretary general António Guterres launch a greenwash watchdog to set standards and assess commitments from cities and companies.

Equity considerations have become particularly potent among critics of carbon trading. Offsets that rely on natural climate solutions such as forests dominate the voluntary carbon market. This has led to rising demand to use land in developing countries to sequester carbon and offset rich polluters’ emissions.

The issue is at the heart of a fierce climate justice debate. Critics say this threatens land rights, food production and biodiversity. Proponents say it provides much-needed finance to protect and restore ecosystems. 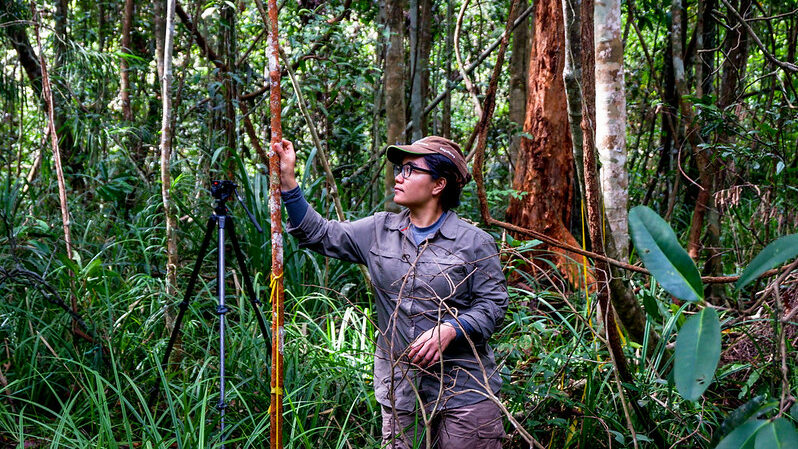 This could be the year the EU finalises its plans for a carbon border tax – a levy on imported goods from countries with lower environmental standards. France, which took over the rotating presidency of the EU Council in January, is seeking to broker an early deal among EU countries by the end of June.

Even before its introduction, the proposed tariff may be having the desired effect of prompting countries like Turkey, Brazil and Indonesia to consider domestic carbon pricing. But it is causing friction with trading partners, particularly in the developing world.

Major emerging economies slammed the idea as unfair and discriminatory. Industries in some of the poorest countries could be hard hit and early drafts showed no provision to help them transition to cleaner alternatives.

To justify it to the world as a climate policy, rather than a protectionist measure and revenue raiser, the EU will need to address those concerns.

Long-delayed UN biodiversity talks could finally be held this year. Initially due to take place in October 2020, the talks on a global agreement to conserve and restore nature have been repeatedly postponed because of the pandemic.

The latest timeline is for preparatory meetings to take place in March ahead of a summit in Kunming, China 25 April – 8 May.

The agreement is to include a host of targets to protect the Earth’s plants and wildlife to 2030. Environmentalists have expressed concerns a lack of finance for developing countries and weak plans for implementation could thwart delivery of the biodiversity goals.