Comment: The EU is planning to pocket the revenues from a border levy on carbon, with no support for climate vulnerable countries like Mozambique to clean up their industries 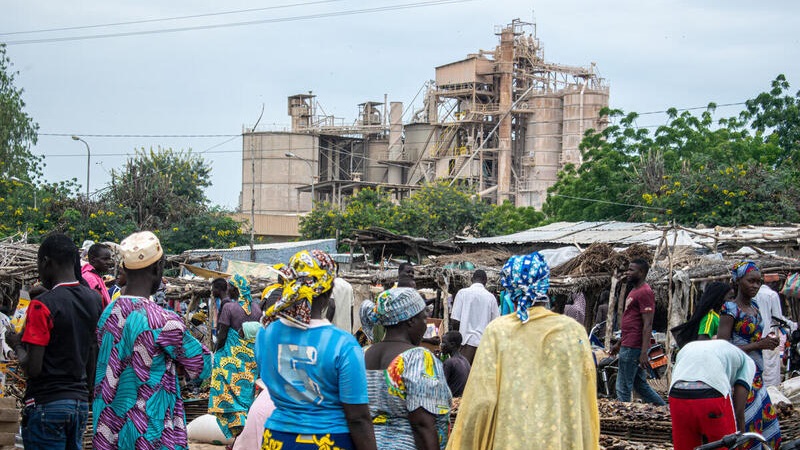 One of the acid tests of the European Commission’s ‘Fit for 55’ legislative package launching this week is whether it supports a just transition, so workers and communities who rely on polluting industries are not left behind.

Key proposals on this are expected in several areas. But a planned levy on heavy industrial imports, known as the carbon border adjustment mechanism (CBAM), is one big exception. Leaked drafts suggest the EU does not have any plans to help poor and climate vulnerable countries clean up the industries that will otherwise be hit by higher export costs.

European Commission vice president Frans Timmermans is acutely aware of the importance of a just transition and has committed to “hardwire social fairness” in the proposals. The package will deliver a major expansion of carbon pricing in the EU economy, which can have regressive social impacts, particularly if prices spiral beyond the €50 ($59) per tonne seen in the EU emissions trading scheme (ETS) this year. One of the main ways to address this will be through directing a share of the revenues to benefit lower income and vulnerable households.

The EU’s Modernisation Fund uses revenues from auctioning a share of ETS allowances to support the energy transition in ten lower-income EU member states. An extension of the ETS to cover transport and buildings is expected to come with a “climate action social fund” to compensate vulnerable citizens, amounting to nearly €300 ($356) per person annually for the poorest fifth of the EU population. Yet when it comes to the CBAM, the concept of a just transition is noticeably absent.

The CBAM will apply a carbon price equivalent to that faced by EU producers to EU imports in key sectors, like steel, cement, aluminium and chemical fertilisers, helping to avoid the risk of “carbon leakage” (whereby production moves outside the EU to areas not subject to carbon pricing). Even with a limited initial scope, the mechanism is projected to generate €9.1bn ($10.8bn) a year by 2030, €2.1bn of which will be collected directly at the border, with the rest coming from phasing out free allocation of ETS allowances to EU producers in those sectors.

These measure will not only impact the middle and higher income countries that have led international criticisms of the idea to date, but also several poorer and climate vulnerable countries. This includes Mozambique, whose exports are dominated by aluminium, over 80% of which go to the EU, as well as Cameroon, Guinea, Zimbabwe, Zambia, Algeria, Morocco or Trinidad and Tobago.

Yet the Commission is set to propose that the entirety of the revenues from the measure should be kept for the EU’s own budget. When it comes to the CBAM, it seems that the concept of using revenues from carbon pricing to support a just transition stops at the EU’s borders.

This will be hard for climate vulnerable countries in particular to swallow. They are least responsible for the climate crisis yet worst impacted by it. There is little justification for requiring their producers to compete on a level playing field with counterparts in the EU, without the financial and technical support to do so.

Meanwhile developed countries have yet to deliver the $100 billion (€84bn) a year in international climate finance they committed to over a decade ago. If CBAM revenues were allocated to climate finance, it would nearly double the Commission’s contribution.

The European Parliament has passed a resolution on CBAM calling for part of the revenues to be used to increase the EU’s international climate finance contributions in precisely this way. If the Commission and EU governments want to build international support for the measure and bolster the EU’s credibility as a global climate leader, they should agree to direct funds to the climate vulnerable countries that need them most.