A Swiss pianist, a Rwandan chemist… meet 15 ministers brokering a deal in Glasgow 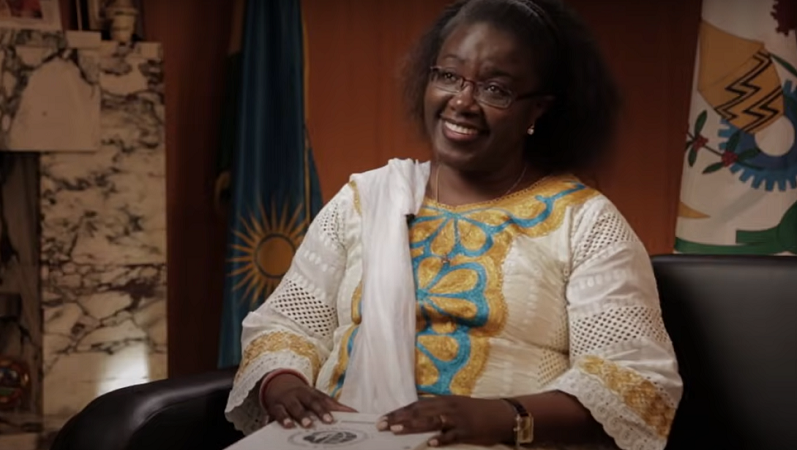 In the final week of Cop26 climate talks, the UK hosts have appointed two ministers to co-chair each strand of the negotiations.

These ministers will be asked to broker deals on different elements of a Glasgow pact, ranging from finalising rules on carbon markets to keeping 1.5C hope alive.

As is conventional, each pairing includes one minister from a developed and one from a developing country. Island states and Europe are heavily represented. There is gender balance across the team, with eight women and seven men joining Cop26 president Alok Sharma.

Continuing Costa Rica’s record of punching above its weight in climate talks, energy and environment minister Andrea Meza Murillo will have a coordinating role across negotiating tracks, with Sharma.

It’s not the only thing on her agenda at this Cop. Meza is championing the San Jose Principles Coalition, to protect the integrity of carbon trading under Article 6 so that emissions reductions are real and additional.

Along with Denmark’s Dan Jørgensen, she is also trying to persuade countries to sign up to the Beyond Oil and Gas Alliance – a group of nations promising to phase out hydrocarbon production.

Meza is a lawyer and was the environment ministry’s #2 on climate, joining just before Cop21 in Paris, before getting the ministry’s top job in 2020. She likes to dance. 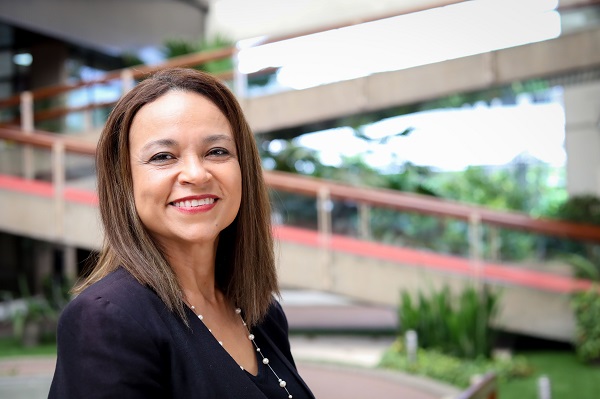 Co-leading on the vital issue of climate finance is Egypt’s environment minister Yasmine Fouad. She is an environmental scientist who was the lead author on a chapter of the Intergovernmental Panel on Climate Change’s special report on desertification in 2017.

She was the deputy environment minister in 2014 and promoted to the top job in 2018. She’s worked for UN organizations, NGOs and universities and is likely to have a key role when Egypt hosts Cop27 next year. 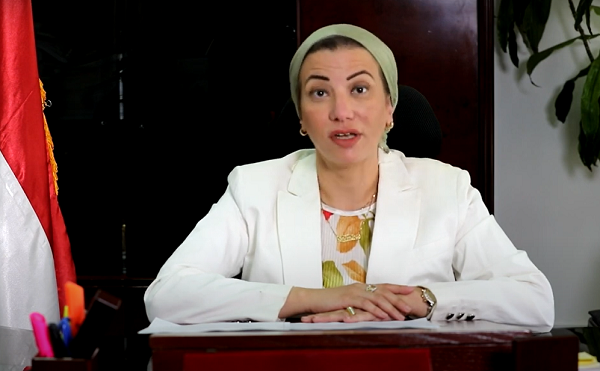 A recent Overseas Development Institute report found Sweden was one of only three countries (along with Germany and Norway) to be paying its fair share towards rich countries’ collective $100bn goal. Since that report came out, it has pledged to double its climate finance.

As an environment minister from Sweden’s Green Party when this doubling pledge was made, Per Bolund is one of the few developed country ministers with any moral authority on finance. He’s a fan of baseball and football, following Stockholm club AIK. 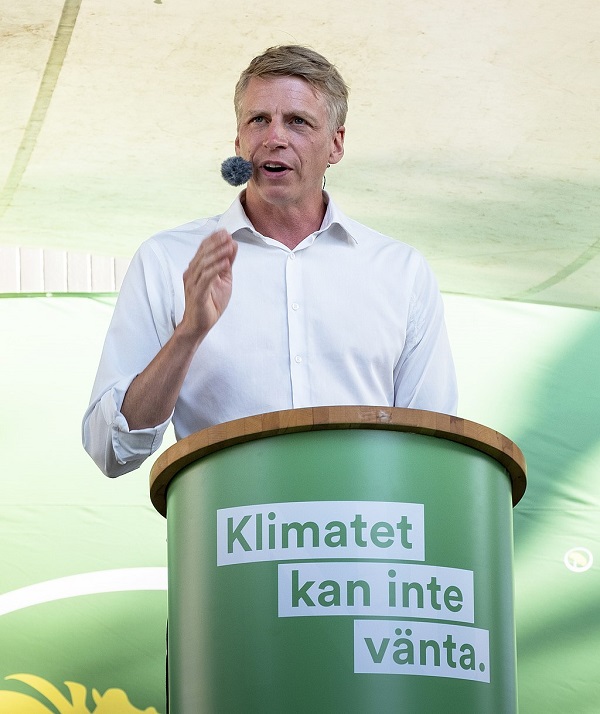 Singapore’s environment minister will co-lead discussions on the most difficult issue of the Paris rulebook – Article 6 on carbon markets. Talks will focus on double-counting, whether old credits from the Kyoto protocol can be used and whether a share of the transactions should go towards adaptation climate finance.

A trained accountant and auditor, Fu has had a stellar business career. She worked for the Har Paw Group, the company which makes tiger balm, before getting to the top of the company which operates Singapore’s container port, the second-biggest in the world.

After taking a pay cut to go into politics herself in 2006, Fu campaigned against cuts to ministers’ pay, saying it would put people off going into public service.

Fu was a high-flying businesswoman before going into politics (Photo credit: Whyohgee Singapore/Flickr)

Having been Norway’s environment minister for just 25 days, Eide has been thrown in the deep end by the Cop Presidency, as he co-leads talks on Article 6. He takes over this role from Sveinung Rotevatn.

Eide does have relevant experience, though. He’s been the Norwegian Labour Party’s spokesperson on climate for four years and was foreign minister in Jens Stoltenberg’s government before Ban-Ki Moon appointed him the United Nations special adviser on Cyprus. So he knows his way around a tricky issue.

Like many on Norway’s left, he had a brush with tragedy in 2011 when the political camp his teenage son was attending was attacked by neo-nazi Anders Breivik. Married to a woman he met in Barcelona, he is fluent in Spanish and admits to using the smiley emoji excessively when communicating by text. 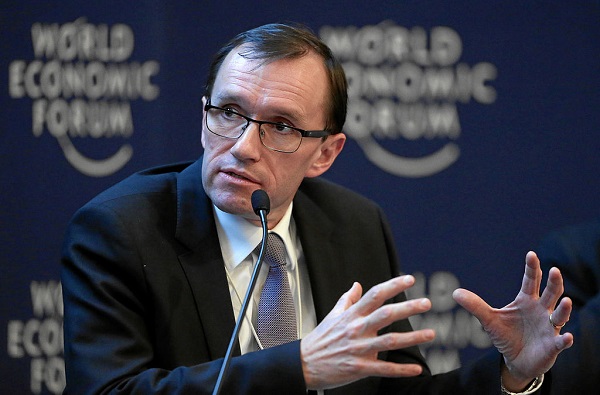 Eide has been an environment minister for just a few weeks (Photo credit: World Economic Forum)

The Rwandan environment minister will co-lead the talks on common timeframes, the issue of how often countries’ official NDC climate plans should be updated and what time period they should cover. The main options are five years or ten with a half-way point.

More ambitious countries tend to want shorter time periods, while some object to the bureaucracy and say ten years fits better with their domestic planning processes.

As a schoolgirl in Rwanda, Mujawamariya was told that her favourite subject, chemistry, was for men. To prove the teacher wrong, she says she applied to study physical chemistry abroad. “For some reason” she says she chose a Russian university over French ones. She went on to study in India before becoming the Rwandan ambassador to Russia and was the education minister before getting the environment brief in 2019. 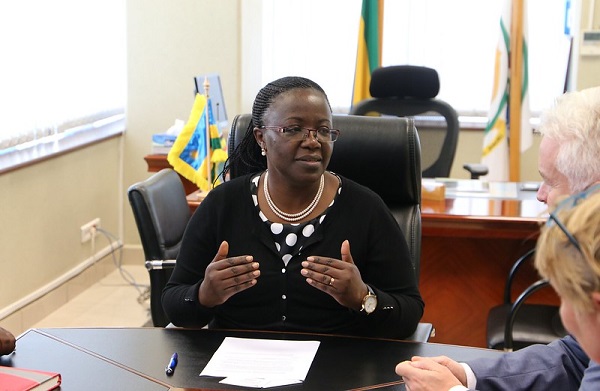 The other half of the developed-developing common timeframes duo is Swiss environment minister Simonetta Sommaruga. She’s from the pro-European, centre left Social Democratic Party and she was the country’s president between 2015 and 2020.

Sommaruga is a trained concert pianist and her excellent rendition of Finnish trance anthem “sandstorm” is available on Youtube. 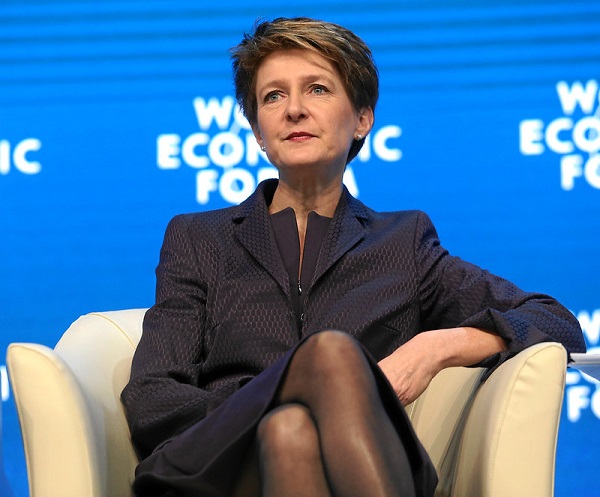 Stiell is the environment minister for the climate vulnerable Caribbean island of Grenada. Before Cop26, president-designate Alok Sharma has tasked him and Denmark’s Dan Jørgensen with informal consulting with other ministers on how they can reduce their emissions faster this decade, to keep the 1.5C of global warming limit within reach. They will continue this role at Cop26.

Stiell has described Cop26 as “make or break” for Grenada and other island nations. 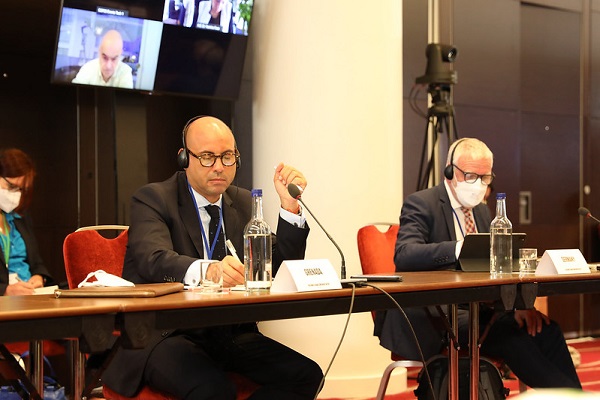 The other half of the Beyond Oil and Gas Alliance (with Andrea Meza) and the 2020’s ambition team (with Simon Stiell), Jørgensen has made waves internationally in his two-and-a-bit years as environment minister.

Last August, he donned a chef’s hat and threw a courgette around with the farming minister, in a quirky video encouraging Danes to make vegetarian meatballs. 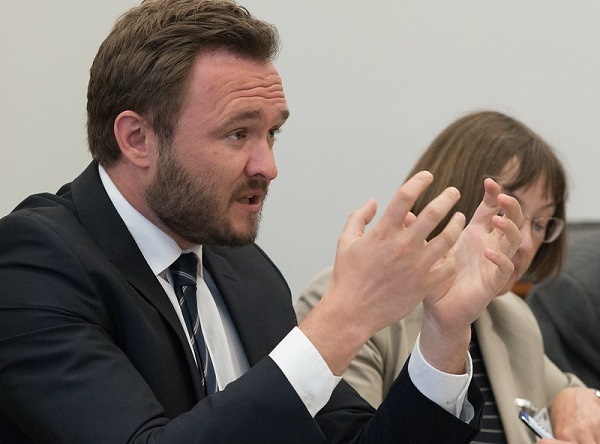 Dan Jorgensen has made waves internationally in his two years as climate minister. (Photo credit: US Deprartment of Agriculture/Flickr)

New Zealand’s environment minister will co-lead transparency talks, making sure that the information countries present to the UN is comprehensive and accurate (no cheating).

He’s been a member of the Green Party for over 20 years and became the party’s co-leader in 2015. When Labour’s Jacinda Ardern needed Green support to form a government, he became environment minister. The arrangement worked so well that he kept that role after the 2020 election, despite Ardern’s party gaining an outright majority.

Ironically, campaigners have accused the New Zealand government of using “creative accounting” to make its climate targets look better than they are. 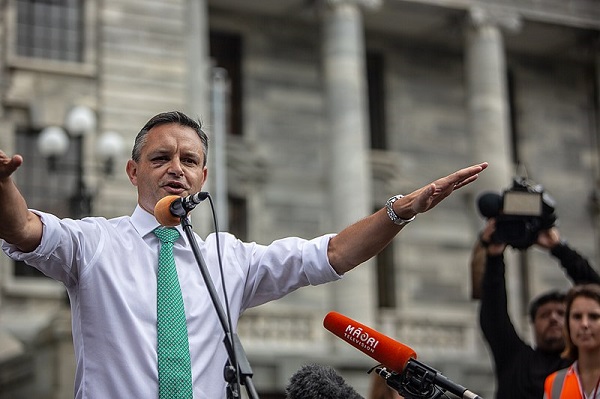 Antigua and Barbuda’s long-time environment minister will team up with Shaw on transparency. Molwyn Joseph is a political veteran having first been made a minister in 1984. His career has seen him re-negotiate the country’s debt and promote it as a tourist destination.

His government profile describes Joseph as a “sports enthusiast” who captained cricket and football teams in his youth. 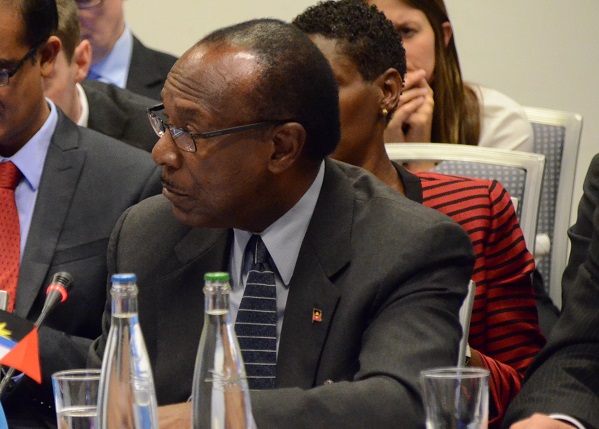 Joseph is a veteran of Antigua and Barbuda’s politics (Photo credit: Commonwealth Secretariat)

Under the Paris Agreement, countries agreed to establish a global goal on adaptation, but six years later it remains unclear what that means in practice. The challenge is to turn a vague aspiration to improve resilience to floods, droughts and storms into measurable targets. The Cop26 president’s summary of what could go into a Glasgow pact, published on Sunday, just has a placeholder on the matter.

After studying in Missouri, USA, Shauna became a journalist for Minivan News before joining the government as an aide to then-president and climate advocate Mohammed Nasheed in 2012. She loves snorkelling and scuba diving. 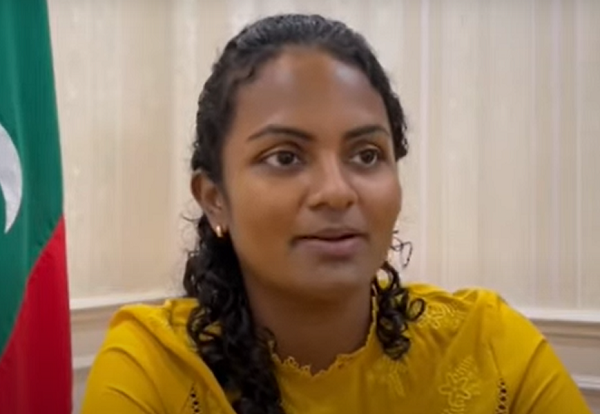 Shauna was a journalist before joining the Maldives government (Photo credit: Youtube/Screenshot)

Spain’s ecological transition minister and deputy prime minister Teresa Ribera assumed office when the centre-left came to power in Spain in 2018. She is a lawyer by background and has been involved in climate change in government for over a decade.

When Chile was unable to physically host Cop25, Ribera played a key role in bringing the talks to Madrid and took over the chairing of the conference mid-way through the talks.

Earlier this year, Ribera stewarded a climate law through parliament, which included a mandate to end fossil fuel production by 2042. More recently, she approved a subsidy to household gas bills amid soaring market prices.

As the developed country representative of the pairing, Ribera may wish to knock heads together to address the pitiful shortfall in finance for adaptation. 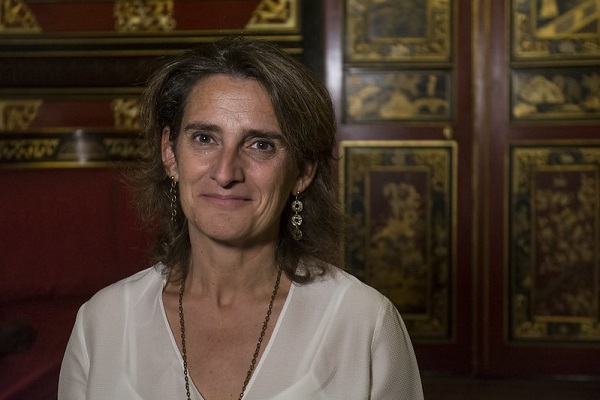 Perhaps the issue where the divide between developed and developing countries is sharpest is loss and damage: whether and how big polluters should support victims of climate disaster.

The developing representative co-leading the talks is Jamaican minister without portfolio in the ministry of economic growth and job creation Pearnel Charles Junior.

Charles Junior is a lawyer by training and politics runs deep in his family. His father, Pearnel Charles Senior, was the deputy leader of the Jamaica Labour Party for nearly twenty years, during a violent and troubled time in Jamaican politics. Charles Junior is a football fan with three children. 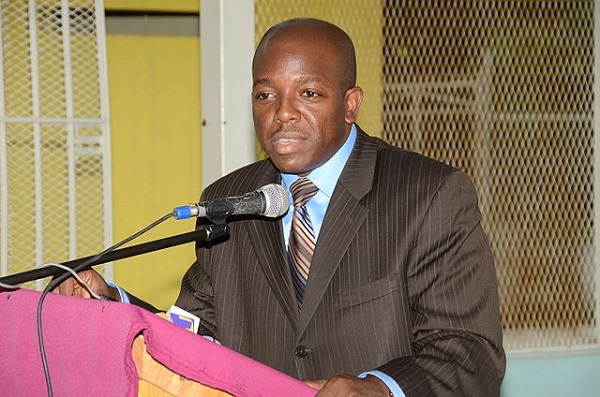 Luxembourg had the rotating presidency of the European Council in 2015 and Dieschbourg was a key figure in the EU’s diplomacy ahead of and during the Paris summit.

In a comment article coauthored with Meza, Ribera and three others on Monday, Dieschbourg emphasised the importance of women’s leadership in tackling the climate crisis. 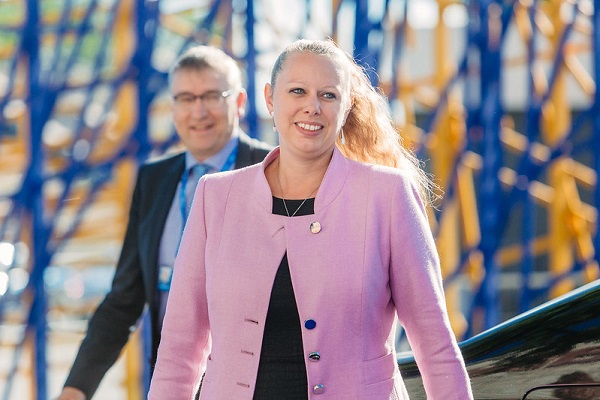