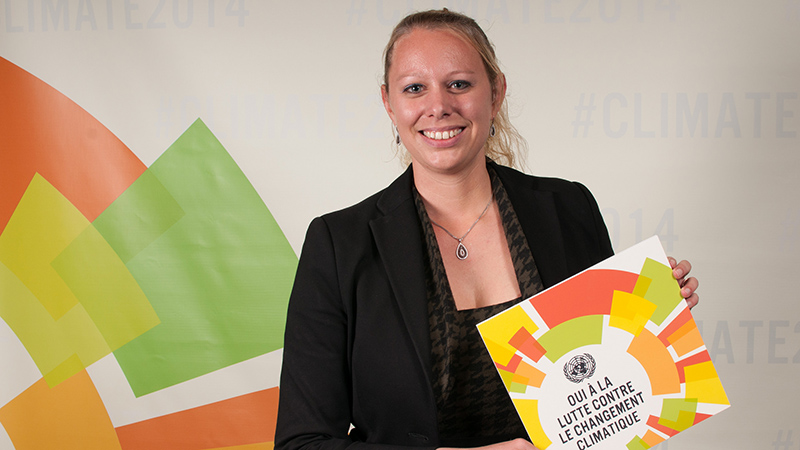 Finance ministers from the 28 member states are scheduled to meet on October 10, where they will discuss the duchy’s plan for a “toolbox” of measures to fund green projects in poor countries.

The idea, said Dieschbourg, is create a package of all the various public and private financial instruments used to leverage green funds, be they development aid, bonds or carbon markets.

“One of the key issues is finance… we have to speak about climate finance,” she said in an interview on Wednesday.

Under a 2010 UN agreement developed countries said they would deliver $100 billion of climate funds by 2020, but five years into that period it’s unclear what has been delivered.

A December 2014 UN-backed study said rich-poor flows amounted to $40-175 billion per year, although the authors later said it was likely to be at the lower end of that range.

A review of recent talks by French and Peruvian officials said there is a need for “clarity” on funding, an issue of “utmost importance” for trust.

In the past two years India and China have issued veiled threats on behalf of developing countries over the need for more financial assurances, and Dieschbourg admitted it is a contentious issue.

“The EU has to show that the pathway to $100 billion a year by 2020 is possible and that developing country trust is possible.”

Luxembourg took charge of the rotating presidency of the European Council in July.

That means Dieschbourg will assume joint responsibility for the bloc’s negotiating strategy with the European Commission at December’s UN COP21 summit in Paris.

Along with finance her priority, she said, is to establish a common position for the talks that member states can agree on, likely to be agreed at a September meeting of environment ministers in Brussels.

The bloc has a target of 40% greenhouse gas cuts on 1990 levels by 2030, but its position on other areas of the talks – such as a long term decarbonisation goal – are less clear.

A G7 pledge to slash emissions 40-70% on 2020 levels by 2050 was a possible option Dieschbourg suggested, but stressed the numbers are open for debate.

“I think it is important that we have good and common agreed wording on cycles and the long term target which will also be key of the discussions,” she said.

“We have a goal of at least 40% cuts, that’s the EU ambition, and we will be fighting for a deal that is legally binding, dynamic and progressive.”

Adaptation, loss and damage and a mechanism for ratcheting up the ambition of global carbon cuts are other areas Brussels needs to clarify, said EU climate expert Rosalind Cook from the E3G think tank.

“They haven’t really thought about that in a lot of detail on what they could offer to ensure Paris can manage global climate risk,” she said.

The UK, France and Germany have argued for a more ambitious 50% target using international carbon markets, but Cook said European Commission fears of internal splits had stalled this move.

Internal EU talks could be complicated by the accession of Andrzej Duda as Poland’s president, who made the reinvigoration of the coal industry and attacks on climate policy part of his pitch.

Poland’s general election – set for October – could also see the Law and Justice party take office. According to local media it sees coal being the dominant energy source up to 2050.

Long seen as a weak link in the EU’s image as a climate leader, Warsaw could exact further financial support from Brussels as a price for not causing havoc at the Paris climate summit.

With the US staking its claim for leadership with a new clean power plan, and China promising to peak emissions by 2030, some fear that as in Lima, the big two could sideline the EU.

A Brussels-led summit in Morocco this October aimed at analysing the ambition of global carbon cuts will offer the EU a brief platform, but the real test will be its own Paris package.

Resolutely positive, Dieschbourg believes she will lead 28 member states to the French capital firmly committed to the 40% goal, although she declined to say if this could be boosted to 50%.

“The European position is ambitious – and it’s possible to have a positive narrative which should be unified and very clear,” she said.