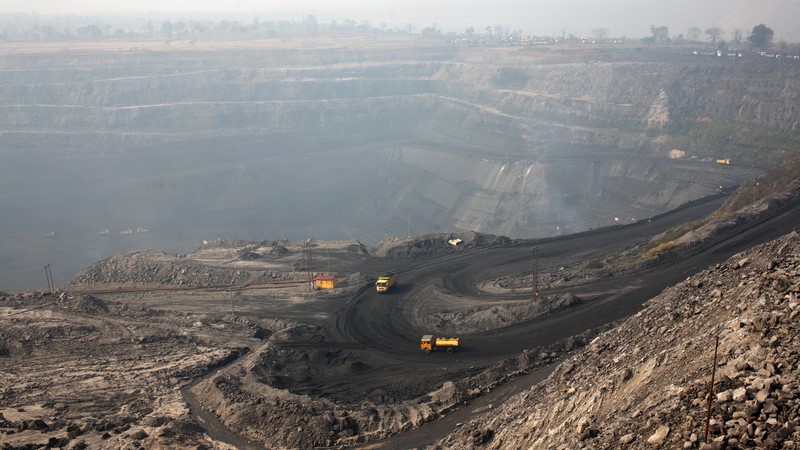 India is the latest country facing a major power crisis due to rising energy demand, surging coal prices and supply constraints, with authorities warning that there are just four days of coal stocks available.

According to India’s power ministry, the country’s 135 thermal power plants had an average of just four days of coal stocks on Friday, down from 13 in early August.

While the situation is not as severe as in China, where a power crunch has forced factories to curb production and left households without electricity, India’s coal supply crisis could drag on for months and lead to power outages, its power minister has warned.

“I don’t know whether I will be comfortable in the next five to six, four to five months,” power minister Raj Kumar Singh told The Indian Express this week. “Normally the demand starts coming down in the second half of October… when [the weather] starts cooling…but it’s going to be touch and go,” he said.

India’s power generators have cut back on importing coal in recent months as international prices surged, following increased demand from China. “It’s clear that China is hoovering up coal and creating problems for the rest of the world,” said Jones.

But India’s own growth in coal demand in August was “unprecedented and caught coal companies and plants unprepared,” Karthik Ganesan, fellow at the Council on Energy, Environment and Water (CEEW), told Climate Home. National demand for coal in India surged by 16% between June and August, according to CEEW analysis.

Increased economic activity as sectors open up following the pandemic, power plants not anticipating the surge in demand and monsoon rains which impact coal production every year have led to the shortages, explained Swati d’Souza, research lead for climate action at the National Foundation for India.

“The shortages show how despite renewable energy penetration, coal continues to be the backbone of the Indian economy,” d’Souza told Climate Home.

Coal-fired power accounts for around 66% of India’s energy mix, up from 63% last year, according to CEEW.

India is on track to exceed its target of delivering 450GW of renewable energy by the end of the decade but it continues to expand its coal capacity. India currently has 233 GW of coal plants in operation and a further 34.4 GW under construction.

India’s prime minister Narendra Modi wants to ramp up domestic coal production to one billion tonnes per year as part of his self-reliant India policy. Campaigners say the government’s coal expansion plans threaten the lives and livelihoods of indigenous communities.

India is yet to submit an improved 2030 climate plan to the UN and promised to do so by the Cop26 climate talks next month. How the power crisis will impact its plan remains unclear.

Analysts say that domestic coal production is likely to increase over the next few months to make up for the shortfall. Longer-term, the government should move away from coal production and invest in clean energy sources to reduce vulnerability to supply shocks, they say.

“We don’t need to create more coal mines and power plants, the focus should be on building more renewable energy generation,” Vibhuti Garg, an energy economist at the Institute for Energy Economics and Financial Analysis (Ieefa), told Climate Home.

“The government wants to increase domestic production, [but] we do not see much participation by players to enter the coal mining space. They understand the challenges: that arranging finance would be problematic,” she said, noting that not a single foreign investor has expressed interest in financing new coal projects since Modi opened coal mining to private investment last year.

India received no bids for more than 70% of new coal mines up for auction, Reuters reported in July.

According to analysis by Ember, India does not need to build any new coal power plants to meet expected energy demand by 2030. New construction will lead to 27 GW of  “zombie plants”, which are not operational, it warned.

“Every day those coal power plants are looking less likely,” said Jones, adding that the lack of investment “seals the fate of the next round of those zombie coal plants”.

According to Garg, industrial players are already looking to decrease their reliance on coal by investing in solar power. “They want to reduce their reliance on utility coal power, because it’s not as reliant and it’s expensive. 2021 has been a very promising year for solar rooftop deployment.”

Garg said the government may consider a U-turn on its coal expansion plans if it is able to meet energy demand through renewable energy and battery storage.

“As long as the increased demand is met, they will be happy with that,” she said.