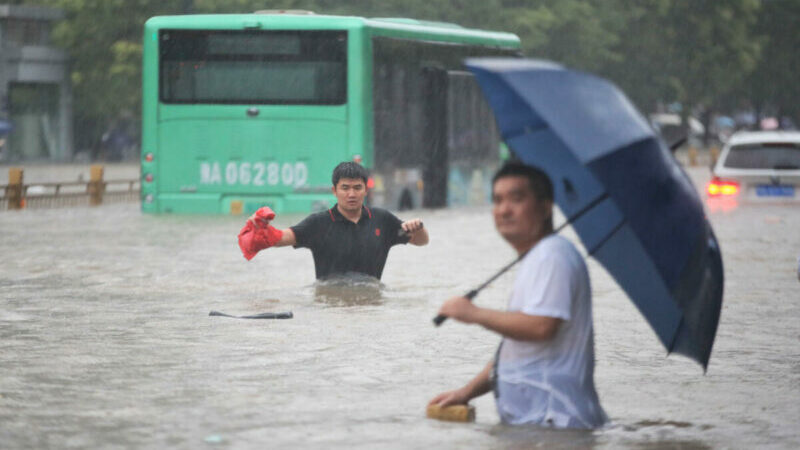 Imagine spending your last minutes of life trapped in a subway train as water rose rapidly around you.

That was the horrifying fate of twelve Chinese commuters in the megacity of Zhengzhou this week.

Questions can and should be asked, as with fatal flooding in Europe earlier this month, about the adequacy of urban design and warning systems for such extreme events.

Answers may include using natural features to absorb and slow down water, building or reinforcing infrastructure to higher standards and translating weather forecasts into actionable warning messages.

But Zhengzhou was hit by a record-breaking 201.3mm of rain in one hour. That kind of deluge is going to cause damage, regardless of how well prepared you are.

Survivors need safety nets, whether through insurance or government relief, to get their lives back on track.

And as a reader of Climate Home News, you already know that intense downpours are a predicted consequence of pumping greenhouse gases into the atmosphere. Temperatures are rising and hot air holds more moisture.

The climate change link got little attention in the immediate aftermath of the catastrophe. It is starting to feature in Chinese media coverage, bringing a new dimension to a discourse that has traditionally revolved around economic development and diplomacy.

Climate impacts may not have the same political salience in China as in western democracies, but air pollution protests in the late 2010s showed how engaged citizens are able to put pressure on policymakers. Growing awareness can only help.