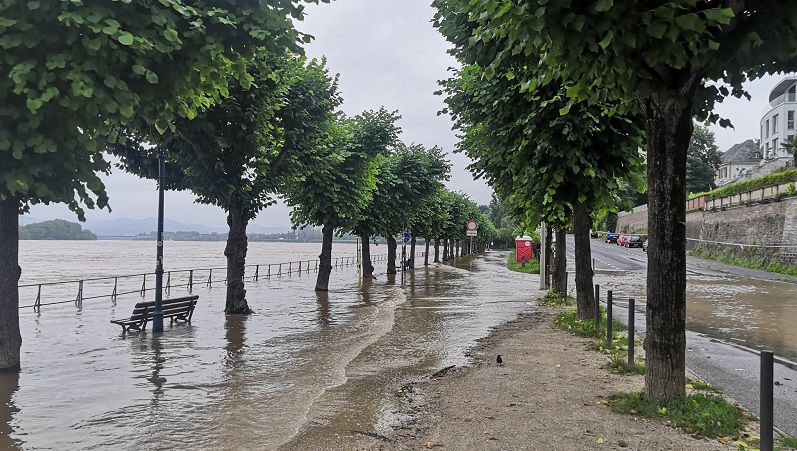 As the European Union set out its roadmap to move away from a fossil-fuel economy, the continent was facing some of its worst flooding in decades.

Record rainfall across western Europe caused rivers to burst their banks, houses to collapse and cars to wash away.

The torrential rain killed at least 120 people in Germany and Belgium and hundreds remain unaccounted for.

As EU Commission president Ursula Von der Leyen told reporters in Brussels that the bloc “walks the talks on climate policies,” the German weather station of Köln-Stammheim recorded 154mm of rain over 24 hours, shattering the previous high of 95mm in 2017.

The high death toll has raised serious questions over failure to evacuate people after an “extreme” flood warning was issued earlier in the week. It is a stark reminder that preparedness to extreme weather events is as essential as accelerating the decarbonisation of the economy.

“This is the climate crisis unravelling in one of the richest parts of the world — which for a long time thought it would be ‘safe’. No place is ‘safe’ any more,” tweeted German climate activist Luisa Neubauer.

In a statement, former Maldives president Mohamed Nasheed expressed his solidarity with Germany on behalf of climate vulnerable nations.

“As the world approaches 1.5C of global heating, events in Germany are a sad reminder that the price for inaction on climate change will be paid in human lives lost across the globe,” he said.

His comments echoed the pressing call of nearly 100 developing countries united in demanding richer nations step up climate action and scale-up finance ahead of Cop26. For the first time, they outlined what the next global finance goal beyond 2025 should look like.

Brussels’ package to accelerate emissions cuts isn’t without controversies. Plans for a carbon border tax will make importers of carbon-intensive products face a levy from 2026 unless they can clean up their industries. Developing nations are not exempt and there are no plans to use the proceeds to support their energy transition.

But as nations work out how to dodge the penalty, the threat of the tax may spur carbon-cutting policies across the globe. As one analyst put it: “A carbon tax is a useful tool as long as you don’t have to implement it.”