Pope Francis is the unlikely champion of a pioneering green debt relief plan for Argentina, but it is a politically sensitive issue in his home country 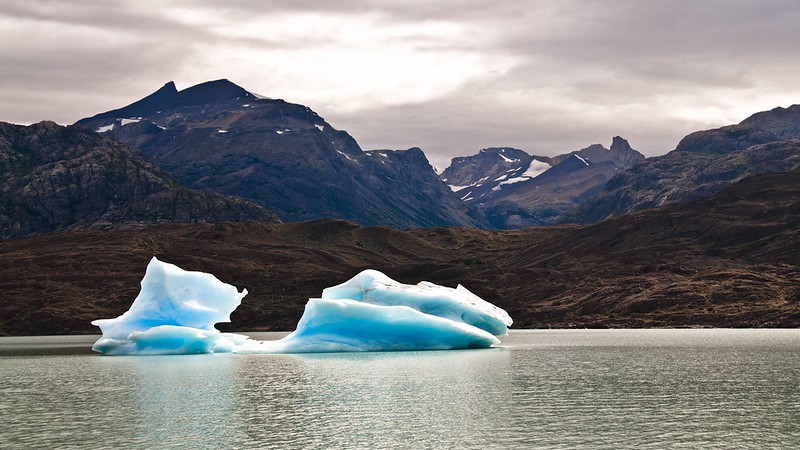 When Argentinian president Alberto Fernandez met with Pope Francis in Rome in May, they talked about the coronavirus pandemic and how to alleviate poverty.

The encounter lasted around 25 minutes and took place in a side study of the Vatican’s auditorium, a location often used for less formal meetings between the head of the Catholic Church and international dignitaries.

Pope Francis, an Argentinian Jesuit and advocate for social justice, pressed the president on one point: whether Argentina would consider a green debt swap, two sources familiar with the discussion told Climate Home News.

Debt is a sensitive issue in Argentina. A troubled record of defaults and austerity packages is linked to widespread poverty and unemployment. The hope is that investing in climate action and ecosystem preservation can satisfy creditors without hurting the poor.

“We need to renew the financial architecture,” including by “swap[ping] debt for environmental actions,” Fernandez said at a climate summit hosted by the US in April.

Kristalina Georgieva, head of the International Monetary Fund (IMF) is on board. “Green debt swaps have the potential to contribute to climate finance. They have the potential to facilitate accelerated action in developing countries,” she told reporters at the institution’s spring meetings. 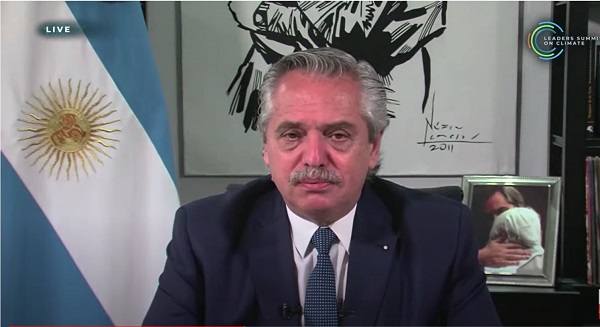 But the green debt swap concept brings its own controversies: many observers are wary of commodifying nature and sceptical of how rigorously the environmental benefits will be counted.

“I am worried about translating the economic model that has caused climate change into how we deal with nature. I don’t think it’s the solution,”  Maria di Paola, head of research at Argentinian NGO Fundación Ambiente y Recursos Naturales (Farn), told Climate Home.

The concept of debt for climate and nature swaps has risen up the agenda of low and middle-income countries squeezed between mounting debt to respond to the pandemic and the need for longer-term investments to address the climate crisis.

Argentina was in fiscal trouble before Covid-19 and the pandemic only exacerbated the problem as revenues from commodity exports collapsed.

At the end of 2020, Argentina’s debt had rocketed to 104.5% of its GDP, according to government figures. The government announced earlier that year that it had started discussions with the IMF to renegotiate the conditions of its debt payment and restructure $100 billion with its creditors.

The idea of repaying some of its creditors in environmental benefits has been maturing for several months.

Last week, environment minister Juan Cabandié told a high-level event: “When we think about the dollars that we have to get to pay the maturity of the debt, we must put special focus on the need to generate a debt swap for environmental action which, in the end, will translate into compensation for the benefit of all humanity.” 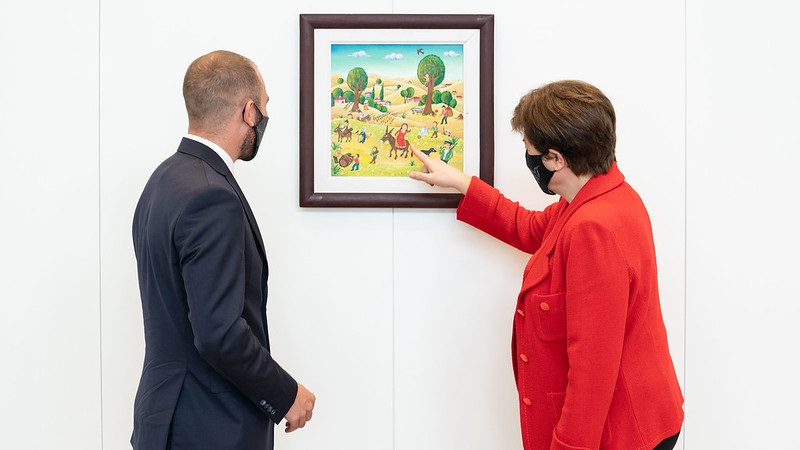 Economics minister Martín Guzmán has a chance to advance the proposal in a meeting with the IMF’s Julie Kozack on the sidelines of a G20 climate conference in Venice on Sunday.

Advocacy group Avaaz has thrown its weight behind the idea. In a full page advert in the Financial Times, the group photoshops Guzmán and Georgieva into a gondola in Venice. The caption urges both leaders “to work together to make Argentina the model for a new way forward”.

It calls on the IMF “to agree to clearing all debts, and ensuring that instead of unsustainable debt repayments, countries like Argentina can use their funds to protect the ecological wealth that is essential for the whole world’s survival”.

The IMF is working with the World Bank to present a set of options for green debt swap instruments by the Cop26 climate talks in Glasgow, UK, in November.

Argentina could be the pioneer, if the government is able to bring the plan to fruition before parliamentary elections in the autumn. But the public has low trust in the IMF, after previous debt relief came conditional on painful austerity measures – and that jeopardises a deal.

“People in Argentina know what the IMF is because debt has been part of their lives,” he told Climate Home.

Debt is an integral part of Argentina’s economic history. And governments have been judged on their ability to reduce the debt or add to it.

The Paris Club of creditors was created in 1956 as Argentina sought to renegotiate its debt with its public creditors.

In 2001, Argentina faced an economic crisis that resulted in one of the largest public insolvencies in history. It defaulted on $132 billion of sovereign debt and lost access to global financial markets. Relations with the IMF were strained as the fund cut off its support, leading to social unrest.

By 2002, an estimated 57% of Argentinians lived below the poverty line and unemployment affected nearly a quarter of the workforce.

To alleviate its debt burden, Argentina championed a debt-for-education swap with Spain but the deal was never implemented because it failed to meet international creditors’ rules.

In 2018, Argentina received the biggest lending package in IMF history in a bid to halt a slide in the value of the local peso currency — which it is now unable to repay in full.

In May last year, Argentina defaulted on its debt payments for the ninth time. The crisis was reminiscent of 2001 and poverty rates rose to 42% in the second half of 2020.

The Vatican has offered a space to facilitate discussions between the government and the IMF.

“The pope is going to do everything he can to help us,” Fernandez told reporters after his first meeting with the pope in January 2020.

A spokesperson for the Holy See told Climate Home the issue of debt relief “was very dear” to the pope, who saw first hand the impacts of the debt on Argentina’s social fabric in the early 2000s.

In a speech in February 2020, Pope Francis called for “new forms of solidarity” to emerge to deal with developing countries’ debt. He later said developed nations “owed an ecological debt” to the developing countries for exploiting their natural resources – an idea widespread in Argentina. 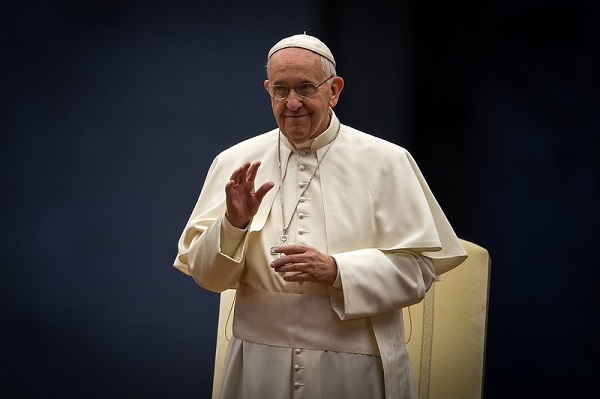 But allowing creditors to monetise Argentina’s natural wealth is a source of concern among campaigners like Farn’s Di Paola.

With no details published on how the swap will be implemented, Di Paola questioned who would hold the government accountable for ensuring the money was invested in meaningful climate solutions.

Since the beginning of the pandemic, Argentina has spent $1.36 billion in support of fossil fuels to try to reboot its economy, with most of that subsidising gas extraction. Less than half a million dollars was spent on clean energy.

Di Paola expressed concern debt payments written off by creditors could be used to further prop up the gas industry, particularly fracking activities in Vaca Muerta.

In an IMF technical note dated March 2020, the fund assumed the government would promote foreign direct investments in the Vaca Muerta shale oil and gas reserves to boost growth.

“As civil society, we are worried that global financial institutions speak good on climate but really just want their money back with interest,” Di Paola said.

For her colleague Enrique Maurtua Konstantinidis, senior advisor on climate change at Farn, a debt swap could work if it enables investments in carbon-cutting infrastructure projects, such as electrification of transport and rolling out renewable energy.

“This could be a big opportunity to incentive the energy transition. We need incentives, for the moment we don’t have them,” he said.