Experts welcomed the proposed targets to protect and restore nature, but said without funding and national accountability they would achieve little 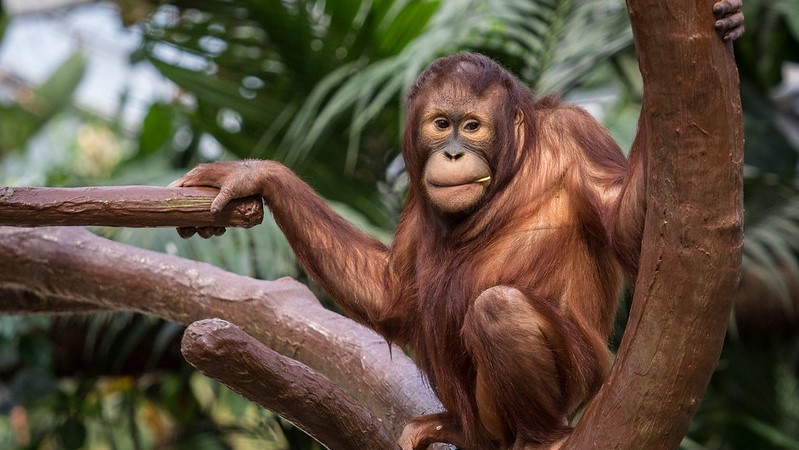 Orangutan are critically endangered and their numbers are decreasing, according to IUCN's Red List (Photo: Zweer de Bruin/Flickr)

The UN biodiversity body has released the first draft of a global agreement to halt nature and wildlife loss in the next nine years.

The document will form the basis of negotiations ahead of a biodiversity summit in Kunming, China, where governments are due to agree on a post-2020 framework to protect life on Earth.

“This is meant to be both a summary of the current state of the discussion but also a way to elicit more discussion and negotiation,” Basil van Havre, co-chair of the open working group in charge of overseeing the negotiations at the UN Convention on Biological Diversity wrote on Twitter.

But while the draft text sets out aspirations and objectives for 2030 and beyond, it fails to provide a concrete action plan to meet them, campaigners say.

“This is just about targets without really anything on how to get there,” Li Shuo, of Greenpeace East Asia, who is closely following the biodiversity discussions, told Climate Home News. There is “no strategy behind actual delivery”.

The 12-page document sets out 4 long-term goals to 2050, 10 milestones against which to assess progress at the end of the decade and 21 targets addressing the drivers of biodiversity loss to be met by 2030.

These include protecting at least 30% of the Earth’s land and seas, cutting pesticide use by two thirds, and halving food waste and overconsumption by the end of the decade. At least $500 billion of harmful subsidies annually would also need to be eliminated by 2030.

Measures to restore ecosystems and ensure sustainable agriculture, forestry and aquaculture practices could reduce at least 10 gigatonnes of CO2 per year by 2030 – about a third of the reductions needed to limit global heating to 1.5C – although how the accounting will be done remains unclear.

Only a page and a half of the text is dedicated to a mechanism to deliver on these goals. It says countries have “a responsibility” to translate the global goals into national targets and transparently monitor and report on their progress in meeting them.

Georgina Chandler, senior international policy officer at bird charity RSPB, said the language was not strong enough. “It is hard to see how the effort that has been put into trying to strengthen the implementation mechanism has translated into the latest draft. It seems to be business as usual,” she said.

Comment: EU must use its carbon border tax to support a just transition around the world

Van Havre told Climate Home last month negotiators were struggling to make progress in online negotiations and an in-person meeting would be needed before the deal could be finalised.

The Kunming summit could be postponed for a third time, amid concerns uneven access to Covid vaccines makes it hard to to convene safely and inclusively in October, as planned. The CBD bureau is meeting on Thursday and may decide to push the conference to 2022.

“While the targets are much improved, there is still a lot of work to do,” said Andrew Deutz, director of global policy at The Nature Conservancy. “We are concerned that not all the implementation provisions are embedded in the core document, and that the monitoring and reporting framework is still incomplete.”

Deutz said he was “pleased with the level of ambition in the proposed targets,” noting the call to plug a $700 billion annual funding gap for nature by 2030.

“Then again, we said the same thing in 2010 when the world adopted the Aichi targets,” he added, referring to the previous set of biodiversity goals, which the world failed to meet in 2020.

For Brian O’Donnell, director of Campaign for Nature, a proposed goal to increase rich countries’ support to developing nations by $10 billion a year is not enough to ensure robust implementation of the deal in developing countries.

“Now it’s time for wealthy nations to commit the additional funding necessary to meet the targets laid out in this framework,” he said.

He added the draft made “important progress” in recognising the central role indigenous peoples and local communities must play in conservation decision-making and management.

The text recognises the need for “equitable and effective participation” by indigenous and local communities and includes a goal to ensure their traditional knowledge and practices guide decision-making with communities’ free, prior and informed consent.