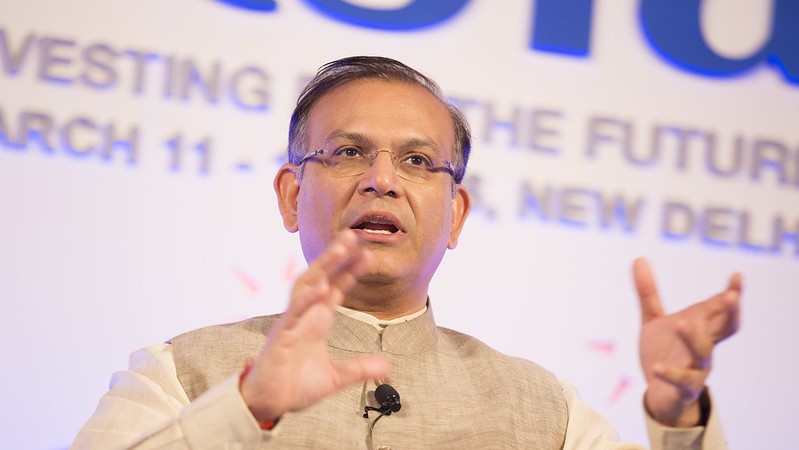 An Indian lawmaker from the ruling Bharatiya Janata Party (BJP) party has submitted a private member’s bill to parliament for India to commit to net zero emissions by 2050.

The bill, obtained by Climate Home News, aims to provide a framework “by which India can develop and implement clear and stable climate change policies” under the Paris Agreement.

Modelled on New Zealand’s climate law, it would require the government to establish emissions budgets every five years, starting in 2022.  An independent climate change commission would be created to drive policy recommendations and monitor progress towards achieving the net zero target.

“My objective was to start the discussion in India about a net zero target. And what would be the means and mechanisms to achieve it and start fostering a dialogue on this topic,” Sinha told Climate Home News.

My view: India can create crores of high-paying jobs and save the world by declaring Net Zero by 2050 target. (1/2) https://t.co/4fvvlKgkJZ pic.twitter.com/agFvL9R7s5

In practice, it is “very rare” for a private member’s bill to become law in India as the government is unlikely to support legislation that it hasn’t proposed, he said.

But Sinha, who chairs the parliament’s standing committee on finance, hopes the bill will drive the issue to the top of India’s political agenda.

“We are not going to get to 2C or 1.5C unless India completely changes its trajectory and gets to net zero as soon as possible,” he said.

In recent months, prime minister Narendra Modi has come under growing diplomatic pressure to set a net zero goal after some of the world’s biggest polluters announced carbon neutrality commitments, including China.

Government officials close to Modi are reportedly working with senior bureaucrats and foreign advisors to consider setting a net zero goal for 2050 or 2047, the centenary of the country’s independence from the UK.

Under the bill, the climate change commission would be tasked with helping to prepare emissions budgets and report on progress in meeting them. Should the government fail to meet its goals, the commission would have the power to levy penalty fines.

Navroz Dubash, professor at the Delhi-based Centre for Policy Research, who is working on proposals to develop robust climate institutions in India, welcomed the prospect of an Indian climate law.

But Sinha’s commission proposal does not reflect India’s approach to cutting emissions, which is focused on transforming key sectors in line with a low-carbon development pathway, Dubash told Climate Home News.

“A climate change commission is useful, but not one articulated solely or even mostly around carbon budgets. Meeting carbon budgets does not animate Indian politics and policy, transformational sectoral change does,” he said in an email.

“The proposed bill copies a little too readily from international experience, without making the effort to design institutions that will work most effectively within India. India deserves more than cut and paste.”

Despite growing chatter over the possibility of India setting a net zero goal, analysts have previously told Climate Home News that while some modelling work and sectoral analysis was being carried out by researchers, this was not part of a detailed cross-ministerial process.

One coal analyst described the net zero discourse in India as “vague and aspirational”.

Swati D’souza, a Delhi-based energy consultant, said that “going straight to net zero will be a major shift in policy, particularly since we have just auctioned new coal blocks”.

In June 2020, Modi launched an auction of 41 coal mining blocks to private companies. Adani Enterprises won the bid for the Gondulpara coal mine in Sinha’s constituency of Hazaribagh.

For its climate action to be compatible with limiting temperature rise to 1.5C, India would need to abandon plans to build new coal power plants and phase out all coal power generation by 2040, according to Climate Action Tracker.

Sinha defended recent coal auctions as part of Modi’s strategy to build a self-reliant India. “Ultimately,” he wrote in an opinion piece last year, it “is about making India truly globally competitive, so that we build up our economic strength and can control our own destiny”.

Speaking to Climate Home News, Sinha said there were “a range of technological solutions” to cut emissions from coal, including through carbon capture, that would allow some coal production to continue under a 2050 net zero pathway.

“If India takes a proactive position on net zero, we will get so much support from the world. It would be a tremendous boost for the economy,” he said.

As long as India continues to expand its renewable and coal capacity in parallel, D’souza said it remained to be seen how the country could mobilise the resources to achieve net zero by 2050.

“It is possible with political backing, but it will mean that the government needs to start looking at issues related to ‘just transitions’ now, rather than 10 years in the future,” she said.