While battling political upheaval, coronavirus and its worst economic crisis in 30 years, Lebanon has strengthened its 2030 emissions target 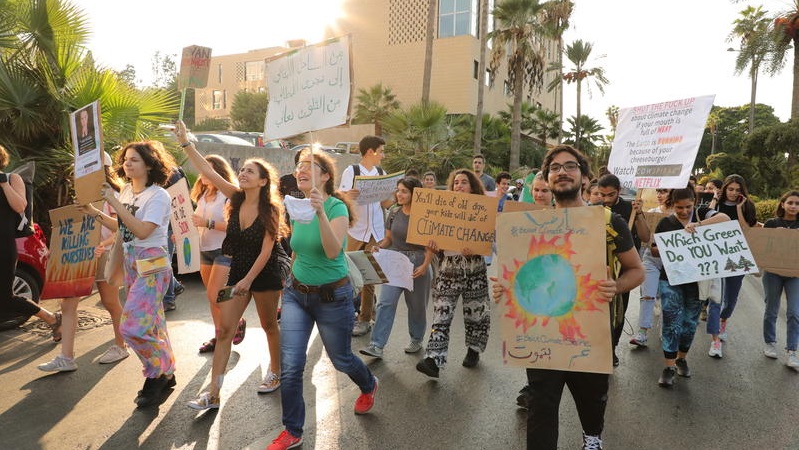 Lebanon has increased its climate ambition for 2030, in the middle of a political, economic and humanitarian crisis.

The small Middle Eastern country is battling its worst economic crisis for decades, which has pushed over half its population into poverty.

This week, Lebanon announced in a submission to the UN that it aims to cut carbon emissions by 20%, up from 15%, by 2030, compared to business-as-usual projections. The country raised its conditional emissions reduction target, which is dependent on foreign financing, by just one percentage point, to 31%.

The government said it plans to boost sustainable economic growth by creating jobs in the renewable sector, rolling out welfare programmes and protecting natural resources.

By 2030, Lebanon aims to generate 18% of its electricity and 11% of its heating  from renewable sources, up from a previous combined target of 15%.

“Lebanon will need international support to successfully overcome the economic downturn, and to sustainably rebuild its economy and the resilience of its society,” the government said in its submission.

Lebanon will prioritise adaptation measures, such as combating desertification and helping farmers increase their resilience to climate impacts, over the next decade, the government added. The arid country is vulnerable to drought and rising sea levels.

“Lebanon views climate change as a threat multiplier to its current struggles. Adverse climate impacts will add an additional layer of challenges and set back any improvement in the Lebanese socio-economic status,” Mary Awad, who works in climate policy at the United Nations Development Programme, told Climate Home News.

Lebanon’s climate plan was published amid mounting public anger at the political and economic turmoil. Protesters took to the streets in Beirut this week, blocking roads and burning tyres as the Lebanese currency crashed to a tenth of what it was worth at the start of the economic crisis in late 2019.

The country has been grappling with the disintegration of Syria for over a decade, taking in over 1.5 million Syrian refugees since 2011.  It has one of the highest coronavirus infection rates in the region.

The Lebanese government resigned following the blast but a deadlock between former president Michael Aoun and his designated successor Saad al-Hariri has delayed the formation of a new cabinet.

The country is embroiled in a long-standing maritime border dispute with neighbouring Israel over a 330-square-mile area of ocean which has abundant reserves of methane gas. Access to the offshore gas would be a major boon for Lebanon’s economy but a resolution to the dispute has not been reached.

“Lebanon will have to undergo extensive institutional, administrative, financial and political reforms in order for the  implementation [of its climate plan] to be swift, effective and impactful,” said Awad.