As the number of businesses setting ‘science-based’ targets surges, experts are calling for more transparency over how those numbers are calculated 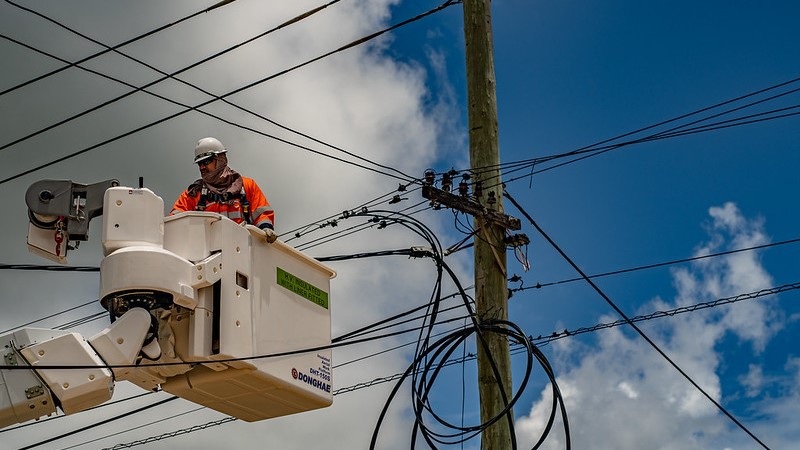 One of the instigators of an influential climate initiative for big business has gone public with criticism of its target-setting process, saying it does not measure up to its ambition.

Bill Baue was among half a dozen people to start developing the concept behind the Science-Based Targets initiative (SBTi) in 2012 and served on its technical advisory group until recently.

Last week, he submitted a formal complaint to the initiative’s executive board and published it on Medium, with a detailed critique of the framework used for major corporations to set climate targets.

“Science-Based Targets is not a science-based approach,” Baue told Climate Home News. “I believe in this instance that SBTi… are putting their own interest above the interests of the public.”

The Science-Based Targets initiative (SBTi) was launched in 2015 to set the standard for companies to align with the goals of the Paris Agreement on climate change and vet targets set by businesses.

More than 1,000 companies across 50 sectors are working with the SBTi to reduce their emissions, according to the initiative’s latest progress report. This includes household names like Siemens, Heineken and S&P Global.

These companies represent nearly 20% of global market capitalisation, or about $20.5 trillion. In recent months, the number of businesses joining the initiative has surged.

As companies trumpet their climate ambition, there is growing scrutiny of their plans and actions — and the opaque vetting process for the coveted “science-based” label.

“To quell the great public skepticism about this initiative, what’s needed is an additional emphasis on transparency and accountability, using the latest science to guide these targets, and for these companies to back up their targets with their investment plans,” said Jennifer Morgan, executive director at Greenpeace International.

SBTi’s proposition is that it works with companies to develop and approve targets and strategies to cut emissions in line with 1.5C  — the toughest Paris goal.

That involves a number of hidden assumptions. The size of the global carbon budget for 1.5C depends on how much carbon dioxide you expect to remove from the atmosphere and the temperature “overshoot” tolerated mid-century. Then there are judgement calls about how to share the shrinking carbon budget between sectors and geographies.

Baue accused SBTi of “potential self-dealing and conflict of interest” for recommending two ways of calculating corporate targets that were developed by the initiative’s partners and excluding a method that could yield more robust emissions cuts.

There was no transparency over which route the companies chose, he added.

“[SBTi] are basically asking us, the world, to trust them to do this assessment and they are not going to reveal even the methodology that these companies use,” he said. “They are the lawyer, the judge and the jury in this situation.”

After raising these concerns internally for the past two years, he escalated them to the executive board, which is constituted of the heads of the UN Global Compact, of the World Resources Institute, of WWF and of CDP.

At the time of making his complaint, Baue still believed himself to be an advisor to SBTi. He only found that following publication of his concerns that the initiative had reconvened a new advisory group in October 2020 to improve gender, geographical and sectoral diversity – excluding him.

SBTi acknowledged that it failed to inform previous advisors of their expired membership “due to an internal miscommunication” and “greatly regret this lapse”.

Responding to Climate Home’s questions, the steering committee of the Science Based Targets initiative said: “A rigorous, science-based approach is at the very core of the SBTi’s work and we take extremely seriously our role in upholding this. This is why our methodologies undergo strict evaluation each year, to ensure they are in line with the latest climate science.

“Our mission is to drive down corporate emissions for a net-zero, 1.5C world, and this goal ultimately is at the heart of our decision-making.”

SBTi denied that it or partner organisations derived any benefits from the use of the methods it recommends. “It is not clear to us what other ‘interest’ this supposedly conflicts with.”

Baue’s complaint followed the publication of an independent study in the journal Environmental Research Letters.

The study assessed seven methods for setting corporate climate targets. It found that a target-setting methodology developed by the US-based Center for Sustainable Organizations (CSO), was aligned with the latest 1.5C climate science and offered the lowest risk of an under or overshoot of the global carbon budget.

While initially endorsed by SBTi, the CSO methodology was dropped from its toolkit in recent years.

“SBTi now finds itself in what we might call an ‘inconvenient’ position of recommending against the very methodology that is the most robust!” Baue wrote in his complaint.

SBTi said its reason for dropping the CSO methodology was its reliance on economic intensity as an input. That decision was based on concerns that economic performance indicators have “a weak and unstable link” to emissions at the company level.

The steering committee said it had intended to present these concerns formally in a research paper but this had been delayed because of resource constraints and competing priorities.

Instead, SBTi recommends companies reduce emissions in line with 1.5C in a straight downward trajectory, known as the Absolute Contraction Approach (ACA).

The study in Environmental Research Letters found this method had a much larger risk of overshoot of the carbon budget to 2050 than other methods. SBTi said it used the method to help companies set 5-15 years targets, for which the method shows no or limited overshoot.

The second method recommended by SBTi, known as the Sectoral Decarbonisation Approach (SDA), only aligns with holding temperature “well below 2C” rather than 1.5C. Only power utilities can align with 1.5C using this method.

That is because the sectoral approach was initially developed using scenarios from the International Energy Agency aligned with 2C. The IEA has yet to release its 1.5C-aligned scenario, which is expected in May.

SBTI’s steering committee said the lack of 1.5C-aligned SDA pathway was an issue it took “very seriously” and described the delay in updating the model as “frustrating”. It said it did not rely solely on IEA data and was working to update the methodology.

Anders Bjørn, co-author of the recent study from Concordia University in Montreal, told Climate Home he was “puzzled” by SBTi’s decision to only recommend two methodologies and that its rationale for doing so “lacked transparency”.

Bjørn called on SBTi to require more transparency from companies. Companies setting climate targets under SBTi don’t usually disclose what methods they have used to set their goals — something that should change, Bjørn said.

“There is not even a mention that there is a choice in the method,” he said, adding that companies should be honest about the fact their targets reflect a value judgment on how to share the global emissions budget.

Jed Davis, director of sustainability at Cabot Creamery Co-operative and a former SBTi advisory board member, told Climate Home: “There needs to be a deeper valuing of transparency in the process. This won’t serve anybody if it is a black box process.”