Seven EU-backed methane gas pipelines and import terminals have been shelved or cancelled in the past decade, a study by Global Witness found 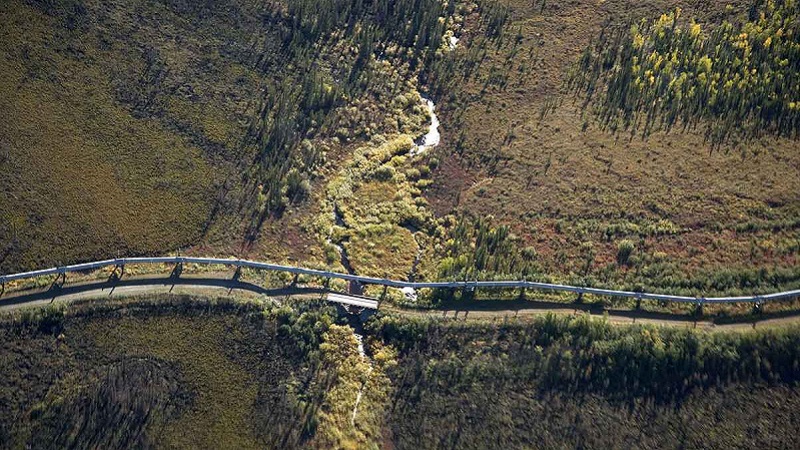 In less than a decade, the European Union has spent €440 million on gas pipelines that have either never been completed or are likely to fail, according to new research published on Monday (22 February).

In total, nearly €5 billion in EU taxpayer money was spent since 2013 on 41 gas projects such as pipelines or import terminals known as “Projects of Common Interest” (PCIs), according to the study by Global Witness, an international NGO.

Of that, an estimated €440 million was splashed on seven gas projects that have either failed or have been put on hold, says Global Witness.

The vast majority of that sum – over €430 million – was spent on the BRUA pipeline, aimed at connecting Bulgaria, Romania, Hungary, and Austria to gas reserves in the Black Sea.

Research for offshore gas in the Black Sea economic zone of Bulgaria and Romania has been a hot topic in the past, but in the case of Bulgaria, work is at a complete standstill.

Designed to ease Europe’s reliance on Russian gas, BRUA aims to carry 1.75 billion cubic metres of gas in its first phase, which cost an estimated €479 million.

A section of the pipeline was completed in November 2020, but it is located entirely in Romania and reaches neither the Black Sea nor the country’s neighbours.

Investors are now worried that BRUA will not transport gas from the Black Sea, after Exxon – which had been leading the largest portion of the project – announced it wanted to sell its license.

Plans to extend BRUA into Hungary were cancelled in April last year, and it is unlikely the pipe will now transport gas from the Black Sea – falling short of the project’s initial ambition when the EU labelled it as a project of common interest.

The other six projects are:

Global Witness is now warning Europe against repeating the same mistakes when selecting the next batch of projects under the EU’s updated regulation on trans-European networks for energy (TEN-E).

According to Global Witness, the failure of those projects is explained in large part because the TEN-E regulation gives a role for gas companies – represented by ENTSOG, the association of gas transmission system operators – to select the infrastructure projects shortlisted to receive EU public funding.

“It is unbelievable that the Commission thinks this is a fair process for deciding how to spend public money. When companies that stand to directly benefit are involved in the decision-making process it can come as little surprise that so much of this vital money is wasted,” said Jonathan Gant, Senior Gas Campaigner at Global Witness.

Contacted on Friday, the European Commission did not immediately respond to EURACTIV’s request for comment.

The updated TEN-E regulation for the first time excludes oil and gas pipelines from receiving EU funding, but it does leave the door open to finance hydrogen networks, which can be constructed by adapting existing gas infrastructure.

EU funding under the TEN-E rules aims to leverage cash from national governments and the private sector, to help mobilise the massive investments needed to meet Europe’s climate aims – including €65 billion in hydrogen infrastructure investments this decade.

“By 2030, total investments needs in hydrogen electrolysers are estimated between €24-42 billion,” the European Commission said when it presented its updated TEN-E regulation last year. And “about €65 billion will be needed for hydrogen transport, distribution and storage,” it added.

According to Global Witness, hydrogen projects will be fully sourced from ENTSOG’s Ten Year Network Development Plan (TYNDP), which is drawn up by its member companies. As part of that plan, gas network operators will identify infrastructure gaps, which Global Witness says will be used to argue for more pipeline investments.

And while the updated TEN-E regulation eliminates oil and gas infrastructure from EU funding, it also creates a new “smart grids” category, which includes gas networks that makes use of digital solutions to integrate low-carbon and renewable gases.

“The Commission’s proposal fails to tackle the fundamental conflict of interest created by leaving ENTSOG in charge of key parts of the project selection process,” Gant says.

ENTSOG rejected allegations about conflicts of interest, saying its tasks “are based on EU legislation” and network development plans aimed at addressing supply security concerns.

Financial support “is a natural consequence of the structure where the TSO are constructing the gas transmission infrastructure and that all TSOs are obliged to be ENTSOG members,” the network association told EURACTIV in emailed comments.

Looking ahead, ENTSOG said it was now preparing “for a transition of the gas infrastructure from natural gas today to a future with renewable and low-carbon gases,” and referred to its 2050 Roadmap Action Plan to highlight “the key role for the existing gas infrastructure as an efficient way of transporting hydrogen”.

“Therefore, it will still be relevant to have gas infrastructure projects to potentially be included in the PCI list – either for security of supply or market-functioning reasons, but in the future also for repurposing and retrofitting of existing grids to be used for hydrogen transport,” ENTSO-G said.

The updated TEN-E regulation is now being debated by the European Parliament and EU member states in the Council of Ministers. A political agreement on the proposal is expected towards the end of 2021.