Now the US is back in the Paris Agreement, it is expected to set a 2030 emissions target, with campaigners calling for at least 50% cuts 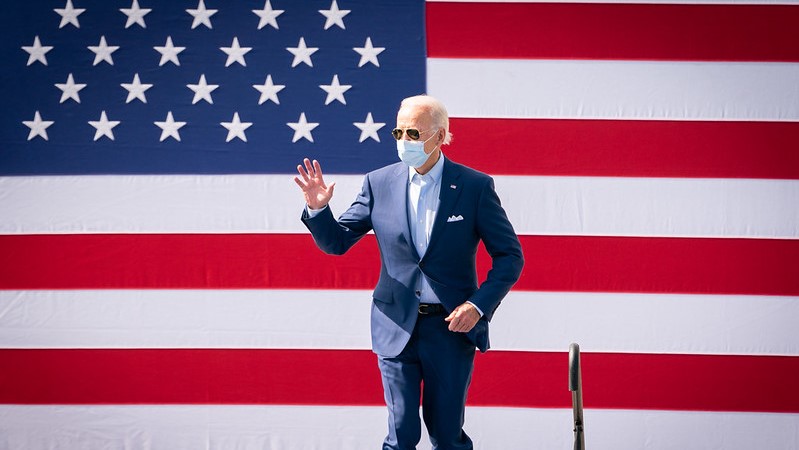 Thirty days after Joe Biden entered the White House, the US is officially back in the Paris Agreement.

On his first day in office, Biden signed an executive order notifying the UN that the US was rejoining the Paris Agreement. Now that order has taken effect, the US is expected to submit a new national contribution to the agreement, setting out an emissions target for 2030.

“It’s good to have the US back in the Paris Agreement, but sadly we have no time to celebrate. The climate crisis is deepening and this is the year we need all major polluters to step up and deliver stronger plans to deliver a safe, clean and prosperous future for everyone,” said Laurence Tubiana, head of the European Climate Foundation.

“The US needs to come to Cop26 [climate talks] with a strong commitment: the urgency of the crisis is clear, and this means a new US target of at least 50% GHG cuts on 2005 levels by 2030, ideally more,” Tubiana said.

Richard Black, head of the Energy and Climate Intelligence Unit (ECIU) said the US was “back in the game like a linebacker after a time-out – sleeves rolled up, game face on, getting down to business”.

A series of net zero pledges and upgraded 2030 emissions targets from major polluters – including China, Japan and the EU – last year has put pressure on the US to catch up.

The US is expected to announce its updated 2030 target ahead of a major economies climate summit which Biden will host on Earth Day, 22 April.

Climate Action Tracker previously told Climate Home that the US should reduce its emissions by at least 52% by 2030 through domestic action. Under Obama, the US committed to reducing emissions by 26-28% by 2025, compared to 2005 levels – a target which it is not on track to meet.

Tim Gore, head of the climate programme at The Institute for European Environmental Policy, said that the average US citizen has a carbon footprint ten times higher than the global emissions per capita needed to limit global warming to 1.5C. A 50% reduction by 2030 would not bring US per capita emissions down to EU levels today, he said.

US 2030 target must show a major increase in ambition

195 climate groups signed a petition this week calling on Biden to ensure that the US contributes its “fair share” to limiting global warming to 1.5C, the toughest target in the Paris Agreement.

US Climate Action Network is calling on the US to reduce its emissions by 195% by 2030, compared to 2005 levels. At least 70% should be delivered domestically and the rest by helping developing countries to cut carbon faster, the campaign network said.

“Rejoining the Paris Agreement is the right move for the United States, but it’s just the easy first step. President Biden must follow through on his commitment to do more by centering environmental justice in his approach to the climate crisis globally,” said Karen Orenstein, climate and energy director at climate group Friends of the Earth.

“This includes the United States doing its fair share to keep global temperature rise to 1.5C and providing climate finance for developing countries in line with science, equity, and justice,” said Orenstein.

This month US climate campaigners urged the Biden administration to commit $8 billion to the Green Climate Fund – the financing body created by the UN to help poor countries that are not historically responsible for causing the climate crisis develop sustainably and cope with climate impacts.

In a letter delivered to the White House campaigners wrote: “As the world’s largest historical greenhouse gas emitter, it is both a legal obligation and a moral imperative for the United States to provide finance for developing countries.”

The call came after presidential climate envoy John Kerry said the US would “significantly increase” funding for climate adaptation.

“There is simply no adapting to a 3 or 4C world, except for the very richest and most privileged,” he said at the first global climate adaptation summit.