Where are US emissions after four years of President Trump?

Donald Trump has overseen a small decline in US emissions, but his claim to have the “lowest carbon” is false by most measures 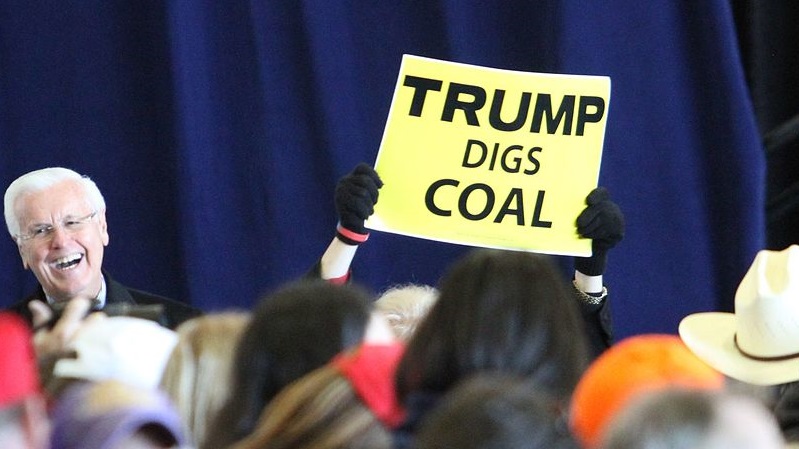 At last week’s US presidential election debate, Donald Trump claimed: “We have now the lowest carbon. If you look at our numbers right now, we are doing phenomenally.”

The truth is that Trump will go into November’s election with US a marginally less polluting country than when he came to power. But that is a low bar.

US emissions have declined more slowly during Trump’s term than when Barack Obama was in the White House. Other advanced economies like the EU and Japan have reduced emissions faster.

The US remains the world’s second biggest emitter and the number one historical emitter. The average American’s carbon footprint is twice that of a Chinese or EU citizen and eight times that of an Indian.

Emissions reductions under Trump are off the pace needed to meet the US’s climate targets and for the US to play its fair share in keeping global warming to 1.5C or 2C – the temperature limits in the Paris Agreement.

According to the US Energy Information Administration, US CO2 emissions in 2019 were the lowest they have been since 1992. Per capita emissions were lower in 2019 than they’ve been at any time since at least 1950.

Other figures though are less impressive. Historically, the US is responsible for more CO2 emissions than any other country, having been the largest emitter between the mid-19th century and 2005, when it was overtaken by China.

Today, the US is the second biggest carbon polluter in absolute terms.

Per capita, it is the tenth biggest polluter, behind some small states (mainly in the Gulf) and Australia and Canada.

The average American emits 16.56 tonnes of CO2 a year, over twice as much as the average Chinese person or European and over eight times that of the average Indian.

These figures don’t take into account emissions embedded in traded goods. So emissions from the production of goods which are made in China and consumed in the US count towards China’s emissions tally.

If the numbers are adjusted for emissions from consumption, rather than production, then the per capita gap between the US and China widens further.

In Obama’s eight years as president, CO2 emissions from burning fossil fuels and cement production fell by 11%. The amount of coal used for primary energy production decreased by 38% while renewable generation went up by 44%.

In Trump’s three years in power to 2019, this trend continued but slowed down. CO2 emissions fell by just 0.5%. Coal use for primary energy production went down 3%, despite the president’s talk of reviving the industry, while renewables rose 11%.

CO2 emissions went down in 2017 then shot back up in 2018 before falling again in 2019. They are expected to fall again in 2020, reflecting reduced economic activity due to the coronavirus pandemic.

The IEA said 2019’s reduction was mainly a result of coal being replaced by cleaner-burning fossil gas and because a mild summer and winter led to lower use of air conditioning and heating.

It is should be noted that CO2 emissions figures do not capture the full climate impact of fossil gas, or methane. “Fugitive emissions” or leaks from the extraction process have a potent warming impact and are counted separately in the methane inventory.

Commenting on 2019 and 2020’s figures, the executive director of the International Energy Agency (IEA) Fatih Birol recently said to Reuters: “Two years in a row the largest reductions in global emissions came from the US. If we like it or not these are the numbers. Of course, can the US do more? Definitely. Can the US be a leader of the global energy transition? Definitely. So therefore the US politics will matter more.”

The US reductions were the largest in the world in absolute terms rather than as a percentage change. Other nations reduced emissions faster in 2019.

While US emissions declined by 3% so did those of ‘advanced economies’ in general. Japan’s fell by 4%, the EU’s by 5% and Germany’s by 8%.

Kevin Kennedy, of the World Resources Institute, said any emissions reductions were not a result of US government policy but because coal is becoming “increasingly uneconomic” compared to gas and renewables. He also credited the ‘We’re Still In’ coalition of US states and cities with taking climate action in spite of Trump.

“What we’ve been seeing from the Trump administration is very serious attempts to roll back the sorts of policies the Obama administration put in place, which are going to be incredibly important if we want to see serious emissions reductions continuing,” Kennedy said.

“If we’re going to meet the goals of the Paris Agreement, the United States needs to be doing a lot more than it has been doing,” Kennedy said.

A key part of the Paris Agreement was that states would set progressively more ambitious climate targets on a five-yearly cycle. A handful of countries have submitted updated pledges this year. The UN and UK are urging more to come forward by the end-of-2020 deadline and well before Cop26 climate talks in Glasgow, November 2021.

Trump has withdrawn the US from the Paris pact and has no plans to meet its original pledge, let alone increase its ambition. On the contrary, he has sought to roll back emissions standards and environmental protections.

Asked if Obama’s pledge was ambitious enough, Kennedy said it was a “good starting point”. He added that no countries’ original climate plans were ambitious enough to meet the goals of the Paris agreement but they were “an important first step”.

Democratic nominee Joe Biden, who served as vice president under Obama, has promised to invest in creating green jobs and set a goal of net zero emissions by 2050.