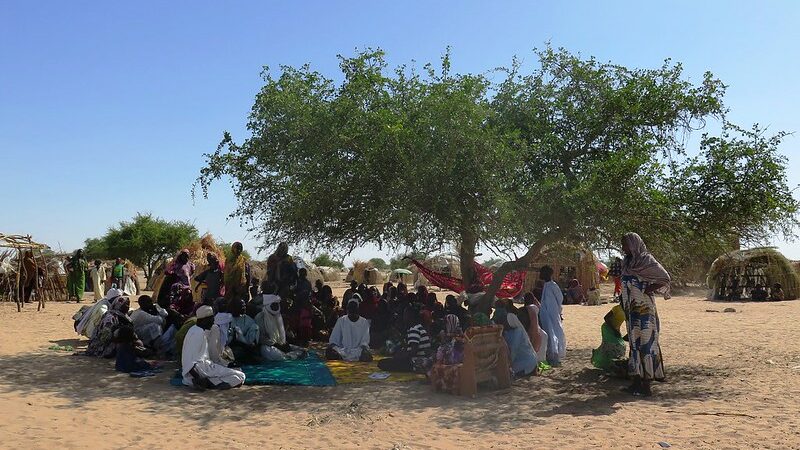 Speaking at the One Planet Summit for biodiversity held in Paris on Monday, French president Emmanuel Macron, UK prime minister Boris Johnson promised to set aside a significant portion of climate finance for projects that help soils and plants soak up carbon, while creating habitats for wildlife.

The one-day biodiversity summit co-hosted by France, the UN and the World Bank and attended by heads of state, UN chief António Guterres and leaders of international and financial institutions, aimed to converge efforts to reverse biodiversity loss with addressing the climate crisis.

Macron committed to earmark 30% of France’s climate funding by 2030 for “nature-based solutions”. “We need to take actions now that will help us change the world and make it a better place by 2030,” he said.

As an example that links the climate and biodiversity agendas, Macron led a pledging conference for the Great Green Wall. An ambitious vision to create a 15 kilometre wide and 8,000 kilometre long strip of vegetation across 11 countries in the Sahel, the initiative will halt desertification, bolster food security and create millions of jobs, Macron said.

Mobilising new funding to protect nature was one of the summit’s four major themes. UN-endorsed research found an additional $700 billion per year is needed to reverse human destruction of the natural world.

Research by The Nature Conservancy and 15 other institutions claims nature-based solutions can provide up to 37% of the emission reductions needed by 2030 to keep global temperature rise below 2C. However, only 3% of international climate finance fits that category, with the bulk going to cut emissions from energy use.

This will include marine conservation, tackling the illegal timber trade and deforestation and conserving habitats such as mangroves that protect communities from climate impacts.

“Obviously it’s right to focus on climate change and cut CO2 emissions but we won’t achieve balance with our planet unless we protect nature as well. Climate change must now be seen as part of an overall agenda to protect the natural world,” he said.

NGO Oxfam noted the funds came out of an aid budget the UK government had recently cut. “As important as [nature and biodiversity] are, the first priority of overseas aid should be the alleviation of poverty,” said campaigner Tracy Carty.

Vanessa Pérez-Cirera, deputy lead climate and energy practice at WWF, told Climate Home News that while connecting the climate and nature agendas was welcome, governments should “not play musical chairs” with climate finance by pitting different needs against each other.

Instead, funding for nature should be new and additional with donor countries demonstrating coherent policies at home to address the drivers of biodiversity loss and end harmful subsidies for fossil fuels and unstainable agriculture practices, she said.

Kelsey Perlman, forest and climate campaigner at NGO Fern, told Climate Home News that while many will want to “jump for joy at an attempt to address this financing gap for nature,” how the money is disbursed will be key.

“Everybody wants to bridge climate and biodiversity but that means that the way things have been done in the past probably need to be done significantly differently,” she said.

Perlman called for “transformative projects that put biodiversity at the forefront” and focus on the rights of communities living in protected and restored areas. Bilateral agreements between donor countries and vulnerable nations could offer an opportunity to do this while fulfilling climate goals.

“Resilience in any ecosystem is based on its biodiversity and not on the carbon that it stores,” she added.

The UN biodiversity body has yet to reschedule a critical summit in Kunming, China that was postponed from 2020 due to the coronavirus pandemic. Nations are expected to agree on a framework to protect the world’s biodiversity for the next decade.

An alliance of more than 50 countries committed to protect at least 30% of the planet’s land and oceans by 2030, known as the High Ambition Coalition for Nature and People, was formally launched at the summit, co-chaired by the Costa Rica, France and the UK.

More than 20 countries including Kenya, the Democratic Republic of Congo, Mexico and Angola joined the alliance, which hopes to form the basis for an ambitious global agreement at Kunming.

Governments are also due to raise climate ambition and put the world on track to limiting global heating “well below 2C” when they meet in Glasgow, UK, for the Cop26 summit in November.

“2021 must be the year we reconcile humanity and nature,” Guterres told the summit. “The pandemic recovery is an opportunity to change course… and revive economies, build resilience and rescue biodiversity.”

Abdoulaye Dia, executive secretary of Pan African Agency for the Great Green Wall, said additional financing for the initiative needed to consider the debt sustainability of Sahel countries, calling for 60% of new finances to come from donors and 40% from concessional finance.

An estimated $4.3 billion annually is needed to restore 8.2 million hectares of land every year in the Sahel region to 2030 to achieve the Great Green Wall’s goals.

More than $14bn of new funding was promised at the summit for Great Green Wall for 2021-2025, including new commitments from the African Development Bank, the World Bank, the European Investment Bank and the French development agency.

The Green Climate Fund (GCF) and the International Fund for Agricultural Development (IFAD) announced projects worth $925m were being elaborated under a new investment programme to boost climate finance for rural populations in the Sahel, focusing on sustainable agriculture.