The Global Green Growth Institute is working with governments including Colombia, Peru and Indonesia on “green new deal” plans 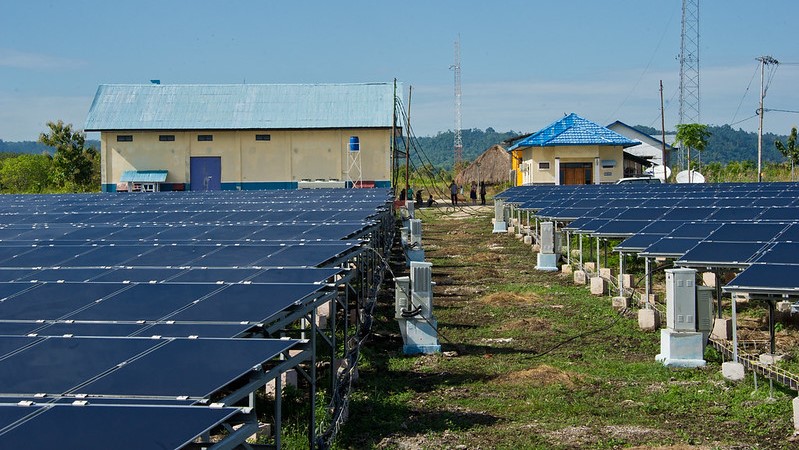 Developing nations can use the Covid-19 recovery to raise their climate ambition by creating green jobs.

That has become the mantra of the Global Green Growth Institute (GGGI), which is helping more than 20 countries develop new and improved national climate plans.

“Every country is focused on the recovery with jobs as the number one priority. The strongest argument [for climate action] is to focus on employment,” Frank Rijsberman, GGGI’s director general, told Climate Home News in an interview from its headquarters in Seoul, South Korea.

Every million dollars invested in clean energy creates nearly three times as many jobs as the equivalent in fossil fuel sectors, according to a widely cited study in the journal Economic Modelling.

“The fact that renewable energy provides more jobs than fossil fuel alternatives has become the biggest selling point for governments to focus on climate,” Rijsberman said. “If not for climate reasons, for recovery reasons.”

The GGGI is working with governments to develop ‘green new deal’ plans in more than 10 countries including Colombia, Peru, Mexico, Indonesia, Fiji, Vanuatu, and members of the Organisation of Eastern Caribbean States.

Only 70 countries representing about 28% of global emissions submitted their updated plans by the 2020 deadline. Among them, small and low-income countries such as Nepal, Fiji and Tonga – an “incredible” feat for these cash-strapped countries, said Rijsberman, at a time Fiji closed five embassies because of budget cuts.

A majority of emerging and low-income countries are yet to show how they are going to deepen their efforts to close the gap between current actions and what is needed to meet the goals of the Paris Agreement – limit global temperatures “well below 2C” and strive for 1.5C – on which vulnerable nations depend for their survival.

For Rijsberman, green job creation is key to reconcile strengthened climate plans with an economic reboot.

At a global level, a study from the New Climate Economy found that taking ambitious climate action could generate more than 65 million new jobs by 2030 – the equivalent of the entire workforce of the UK and Egypt combined – compared to business as usual.

A GGGI report published in July found “enormous and immediate opportunities to promote a ‘green growth’ agenda in developing countries by including measures from the NDCs in stimulus packages”.

It noted that renewable sector jobs are frontloaded in manufacture, distribution and installation, providing an immediate stimulus. Compared to fossil fuels, there is less labour required in the long term for operation and maintenance.

The partnership approach has borne fruit with Colombia, which at the end of 2020 committed to one of the biggest leaps in ambition of any country. Its new target is to cut emissions 51% by 2030 compared to business as usual – up from 20% previously.

The institute is working closely with the ministry of finance to diversify its revenues and reduce dependence on oil, gas and mining exports, said Rijsberman, paving a way for Colombia to meet its tougher climate goal.

It is also engaged with governments that show less interest in being climate leaders, such as Mexico and Indonesia, to encourage them to stick to their clean energy commitments.

Its analysis found that Mexico, for example, could generate 72% more jobs – or around 1.5 million direct and indirect jobs – by 2030 compared with business as usual if it met its existing renewable electricity target to reach 35% of clean energy by 2024 and 43% by 2030.

The Mexican government elected at the end of 2018 has embraced oil and gas, citing energy sovereignty, and merely reaffirmed existing climate targets. But its recovery plan would be an opportunity to mobilise the estimated $31 billion of investment needed to meet its renewable goal.

Indonesia could create 7.1 million jobs by 2030 by meeting its targets of achieving 23% of renewable energy in the power mix by 2025 and 31% by 2050, according to the GGGI. It has yet to submit an updated climate plan.

While most of climate plans submitted after the Paris Agreement was struck in 2015 were solely focused on the energy and transport sectors, Rijsberman said many developing countries had worked to expand the scope of their emissions cuts to include agriculture and waste.

But “data gaps” in the tracking and reporting of greenhouse gas emissions remained a barrier for many developing countries, particularly those whose governments are interested in trading carbon credits on a new global market under Article 6 of the Paris Agreement.

The GGGI is helping to improve the monitoring, reporting and verification of emissions in 10 countries, including in Peru which recently signed the first bilateral carbon offsetting agreement under the Paris Agreement with Switzerland.