China’s national emissions trading scheme could become a significant lever for climate action, but experts warn that it will do little to curb emissions in the short term 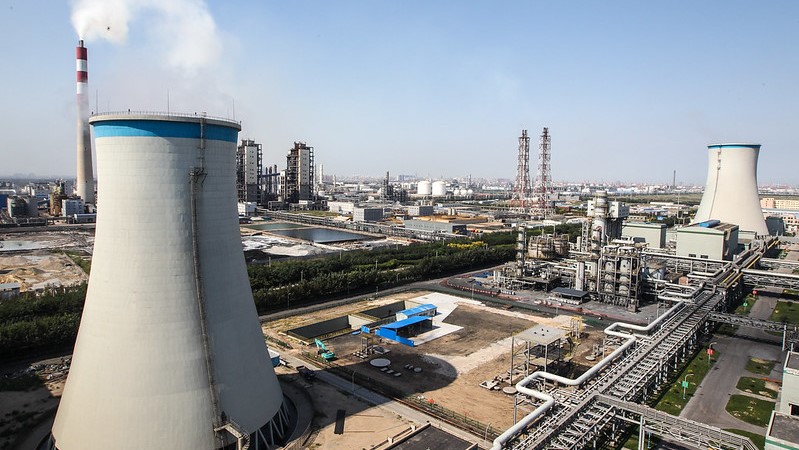 Under the scheme, China’s power operators will have to buy emissions permits if their coal plant exceeds carbon intensity benchmarks, giving them an incentive to improve efficiency.

The market will initially only cover the thermal power industry, which last year accounted for about 40% of China’s emissions. That sector alone is responsible for twice the emissions of the EU carbon market, until now the world’s biggest.

A total of 2,225 entities and operators have been registered on the new carbon market. They will be retrospectively handed pollution allowances for the market’s first compliance cycle which started on 1 January and covers CO2 emitted during 2019-2020.

“This is one of the most exciting developments for the world’s largest carbon market in the recent rollercoaster year,” said Zhang Jianyu, vice president of the Environmental Defense Fund (EDF) China.

In a statement this week, China’s environment ministry hailed the launch of the trading system as “an important starting point” towards the nation’s goal to peak emissions before 2030 and aim for carbon neutrality by 2060.

It described the new market as “a major institutional innovation… to control and reduce greenhouse gas emissions and promote green and low-carbon development”.

But in the short-term, generous allowances for coal plant operators will do nothing to curb China’s growing emissions, and could even provide perverse incentives for new coal, experts have warned.

Unlike the European emissions trading scheme, which worked with Beijing on developing China’s own system, the new market does not put a cap on carbon emissions.

Instead, it imposes carbon intensity limits for every unit of electricity a power plant generates. Operators whose plant are below the benchmark will be able to sell their carbon allowances on the new market. Those that overshoot it will be forced to buy additional quotas.

The rules are due to come into force on 1 February, with the first trading expected to start shortly after.

However, the scheme is anticipated to put very limited financial pressure on coal operators.

Yan Qin, lead carbon analyst at Refinitiv, told Climate Home News that while the establishment of the market was “significant”, “in the short-term it’s not going to drive emissions reductions”.

China’s economic growth is projected to rebound to 8-9% this year which could see power demand grow by 6.5%, according to China’s state grid. “This means thermal coal generation will still grow in 2021,” Qin said.

China’s carbon trading system is “not equipped… to start pushing coal out of the energy system,” Lauri Myllyvirta, lead analyst at the Centre for Research on Energy and Clean Air, told Climate Home.

Myllyvirta said the significance of the trading scheme’s launch was “dramatically reduced” from early expectations, citing the fact it only covers the power sector and rewards the efficiency of coal power plants, rather than encouraging their replacement with renewable generation.

“In the short term, the intensity-based system could even make new coal power plants economically more attractive, as they are going to be slightly more efficient than existing plants in the same category,” he said.

Approval for new coal projects in China increased in 2020 with plans for 40.8 GW of new coal plants – equivalent to the entire coal fleet of South Africa – being proposed in the first half of the year alone.

However, the market-based framework that is being put in place “could be transformed into a strong tool literally overnight… if the government decides to give it teeth,”  Myllyvirta added.

That could happen by toughening the intensity benchmarks that are “far below” current emissions levels achieved by coal plants, he said.

In a note published on 31 December, and seen by Climate Home, Morgan Stanley analyst Simon Lee wrote that all Chinese coal plants larger than 300MW will achieve the intensity requirements without having to buy new quotas.

In fact, in 2018 and 2019, the power industry’s average CO2 emissions were already lower than the 0.877tCO2/MWh benchmark for plants over 300MW, making the benchmark “quite generous, in our view,” Lee wrote.

“Only the small subcritical units may face difficulties, which is in line with government policy to phase out small coal power units,” he added.

Qin said the benchmarks are expected to be tightened with every compliance period and more sectors should gradually be covered by the scheme. But a number of loopholes would also need to be closed to strengthen the market, she said.

Operators benefit from a 20% cap on how much they can pay for over-emitting and a load factor correction means the benchmark is weakened for power plants that run at half capacity or less.

Entities are also allowed to pay their quotas with up to 5% of offsets in Chinese Certified Emissions Reductions, by funding projects in renewable energy and forestry for example.

“We need to get the system up and running and get the utilities on board. That means we have to sacrifice a little bit at the beginning with a more lax design,” Qin said, citing the need for more robust reporting and monitoring of emissions.

Nathaniel Keohane, senior vice president at EDF, said other emissions trading schemes in the EU and California had started out with generous allowances that were ratcheted up over time.

“This is no silver bullet and it’s not going to be perfect from the start,” he told Climate Home, but it will “provide the kind of confidence and momentum to allow China to make deeper and earlier carbon reductions… and drive greater climate investments”.