Grassroots organisers have been credited with turning out black voters in Georgia, US, to clinch two critical Senate seats that will help the Democrats deliver climate action 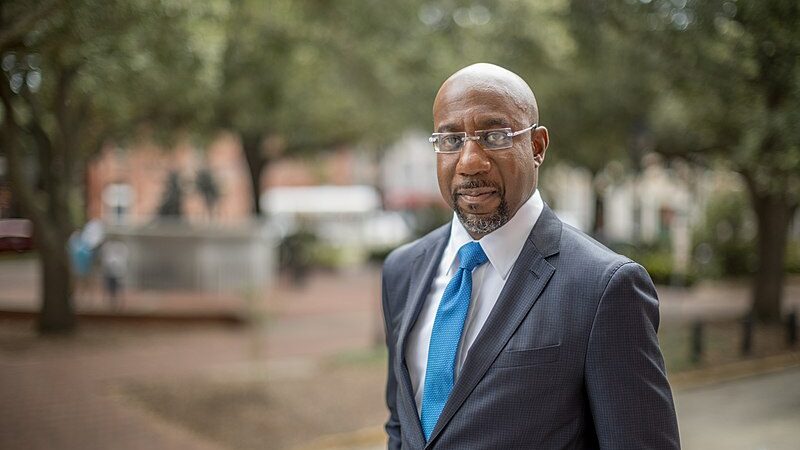 The Democratic party has won control of the US Senate, removing a huge potential roadblock to president-elect Joe Biden’s green investment plans.

Raphael Warnock and Jon Ossoff declared victory on Wednesday in two run-off elections to become senators for the state of Georgia, defeating Republicans Kelly Loeffler and David Perdue. Networks called Warnock’s victory in the early hours of the morning and Ossoff’s around 4pm.

Their victory was overshadowed by a mob of supporters of outgoing president Donald Trump storming the Capitol building in Washington DC, disrupting what would usually be a routine process to certify the results of November’s presidential election. Biden is due to take office on 20 January.

In a statement before the disturbance, Biden said Georgia’s voters had shown “they want action on the crises we face and they want it right now”, citing climate change among other priorities.

The results, assuming they are respected, put the Democrats and Republicans on 50 senators each, with Democratic vice-president Kamala Harris having the casting vote.

Democratic senator Ed Markey, the co-author of the Green New Deal, in anticipation of the outcome, tweeted: “The age of incrementalism is over”.

The Sunrise Movement, an environmental campaign group which is pressuring Biden to take radical action on climate change, added: “The Decade of the Green New Deal has just begun”.

During the presidential campaign, Biden declined to support the Green New Deal, as defined by the progressive wing of the party. But he proposed a similar green investment plan, which would have been very difficult to deliver without control of the Senate.

There are now enough Democratic senators to pass tax and spending bills, although they fall short of the 60 seats to filibuster-proof broader legislation.

The Senate has to approve presidential appointments to government posts like head of the Environmental Protection Agency (EPA). Democratic control will make that process “smoother”, Meyer said, and could encourage Biden to pick more progressive candidates.

The Senate also has power over the budgets of agencies like the EPA and could reverse funding cuts under Democratic control.

On the other hand, the Democrat’s majority is too narrow for more controversial policies like a carbon tax or cap-and-trade regime to pass, Meyer said. Democrats like West Virginia’s Joe Manchin and Arizona’s Kyrstin Sinema would oppose such measures.

Manchin, who put out a campaign advert in which he shot a target labelled “cap-and-trade bill” and boasted about suing the EPA, will chair the Senate energy and national resources committee. “Anything big on energy will have to go through Manchin’s committee,” Meyer said.

Although Georgia has suffered more severe and frequent droughts, hurricanes, heatwaves and flooding due to climate change, it was not a major campaign issue in a race dominated by coronavirus, the economy and the fall-out from November’s presidential election.

Tuesday’s runoff election was held because of Georgia’s specific election rules. In what some historians characterise as suppression of the black vote, a rule was introduced in 1962 requiring senators to have the support of a majority of voters. In the Senate contest held alongside November’s presidential election, no candidate reached 50% of the vote.

Typically, turnout among black people is lower in runoffs than presidential elections, favouring the Republicans. In this case, exit polls suggested that there had been no significant reduction in the turnout of black people.

Grassroots campaigners, particularly from black, Asian and Latino communities, have been credited with winning both the runoffs and presidential election for the Democrats in Georgia. According to Associated Press, more voters said they had been contacted by Democratic campaigners than by Republicans in this Senate race.

Nathaniel Stinnett from the Environmental Voter Project (EVP) said his group had identified 383,000 Georgians who cared deeply about the environment but were unlikely to vote. This was based on analysis of publicly available data on their demographics, consumer habits and turnout history.

EVP volunteers then called, texted and mailed them, encouraging them to vote.

Stinnett told Climate Home that 30% of the voters they targeted (115,381 people) had voted by election day. “The surge in turnout was a surge in environmental votes,” he said. Turnout among black people and college-educated young people was “through the roof” and these are two demographics who prioritise environmental issues, he added.

The next Senate elections are in 2022. Warnock will be up for election then; Ossoff will not.

This article was initially published before the second runoff was called for Ossoff and updated after the result was official.