The EU, the UK and Argentina were the only large emitters to present tougher climate targets by the UN’s 2020 deadline, with China and the US lagging 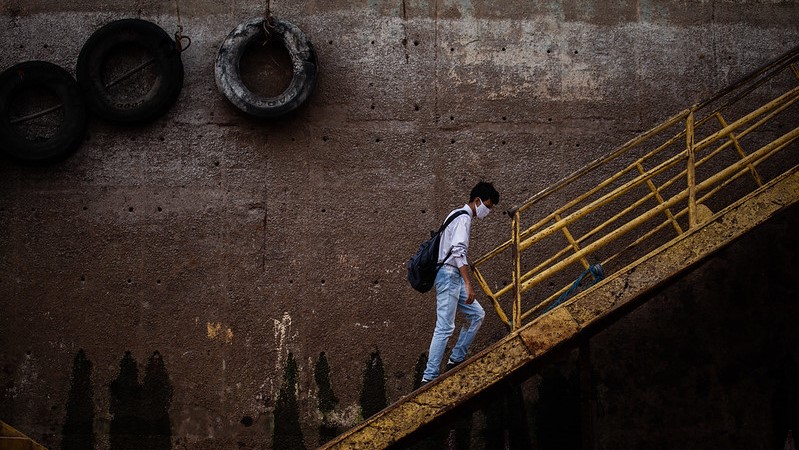 Steep climb: after coronavirus crisis dominated 2020, most countries have catching up to do to deliver on the Paris Agreement goals (Photo: IMF / Raphael Alves/Flickr)

Most countries have missed a UN deadline to strengthen their 2030 climate targets – the first test of the “ratchet mechanism” of the Paris Agreement.

The European Union’s 27 member states and the UK were among 70 countries to submit updated national contributions by 31 December 2020 – in line with a five-year cycle to close the gap between action and the pact’s overall goal to limit global heating “well below 2C” and strive for 1.5C.

Latin American countries including Argentina, Colombia, Chile, Costa Rica and Peru met the end-of-year deadline and enhanced their ambition alongside nearly a dozen each of small island states and least developed countries.

Together, they account for 28% of global greenhouse gas emissions, according to the World Resources Institute’s tracker.

But none of the world’s other top polluters submitted tougher carbon-cutting plans to the UN, in a year defined by the coronavirus pandemic.

China was notably absent from a last-minute flurry of submissions, despite president Xi Jinping announcing incrementally stronger 2030 targets earlier in December and stressing his commitment to the Paris process.

Niklas Höhne, founder of the NewClimate Institute, described the start of the new year as a “mixed picture” which looked “much better” than what was expected six month ago but left “a lot to be done in 2021”.

While many countries have failed to enhance their climate plan this year, a growing number of countries are subscribing to a mid-century net zero emissions goal, Höhne said – “a positive sign” that needs to translate into short-term action. “I am optimistic that we can get more ambition going in 2021,” he added.

China’s pledge in September to aim for carbon neutrality by 2060 was “the biggest announcement of the last 10 years of climate policy,” he told Climate Home.

But new 2030 measures to reduce the carbon intensity of its GDP by 65% from 2005 levels and increase the share of non-fossil fuel energy to 25% announced at a climate ambition summit last month fell short of aligning short-term action with Beijing’s long-term goal.

“China has an opportunity to do more than what it has laid out,” said David Waskow, international climate director at the World Resources Institute, adding that the country’s next five-year-plan expected in March could provide part of the basis for a more ambitious NDC.

India, Canada, Indonesia, Iran and Saudi Arabia were among major emitters that didn’t submit an updated climate plan by the 2020 deadline.

Until president-elect Joe Biden brings the US back into the Paris accord, which he promised to do on his first day in office on 21 January, the US is not expected to present a climate plan.

Russia, Mexico, and Australia merely restated existing carbon-cutting commitments, with Canberra promising to publish a long-term decarbonisation strategy ahead of the Cop26 climate talks in Glasgow in November.

In its submission, Australia said it was on track to “meet and beat” its current 2030 goal “without relying on past overachievement” – suggesting it won’t use old Kyoto-era credits to meet its Paris commitment.

Brazil submitted a new plan at the start of December, which effectively weakened its 2030 emissions targets. It removed all reference to stopping illegal deforestation and restoring forests but included a goal to achieve carbon neutrality by 2060.

Japan and New Zealand reaffirmed their previous targets, while promising to present enhanced plans before the Glasgow summit. South Korea translated its 2030 goal into absolute emissions cuts and pledged to enhance its ambition “at the earliest possible time before 2025”.

The climate ambition summit co-hosted by the UN, the UK and France on the fifth anniversary of the Paris Agreement provided a spur for both the UK and the EU to agree deeper emissions cuts of respectively at least 68% and 55% between 1990 and 2030.

This “should enable others to follow,” said Höhne, calling on richer nations like the US, Japan, Australia and New Zealand to step up their ambition in the months ahead.

“The critical question is what can countries do to strengthen action by Cop26. It’s nearly a year to go to Cop26 and there should be high expectations that these countries come back with something better by then,” Waskow, told Climate Home. So far, they had “little to show,” he added.