Turning out black and Latino voters, who are hardest hit by climate change and pollution, is seen as key to Democrat chances of winning US Senate control in January 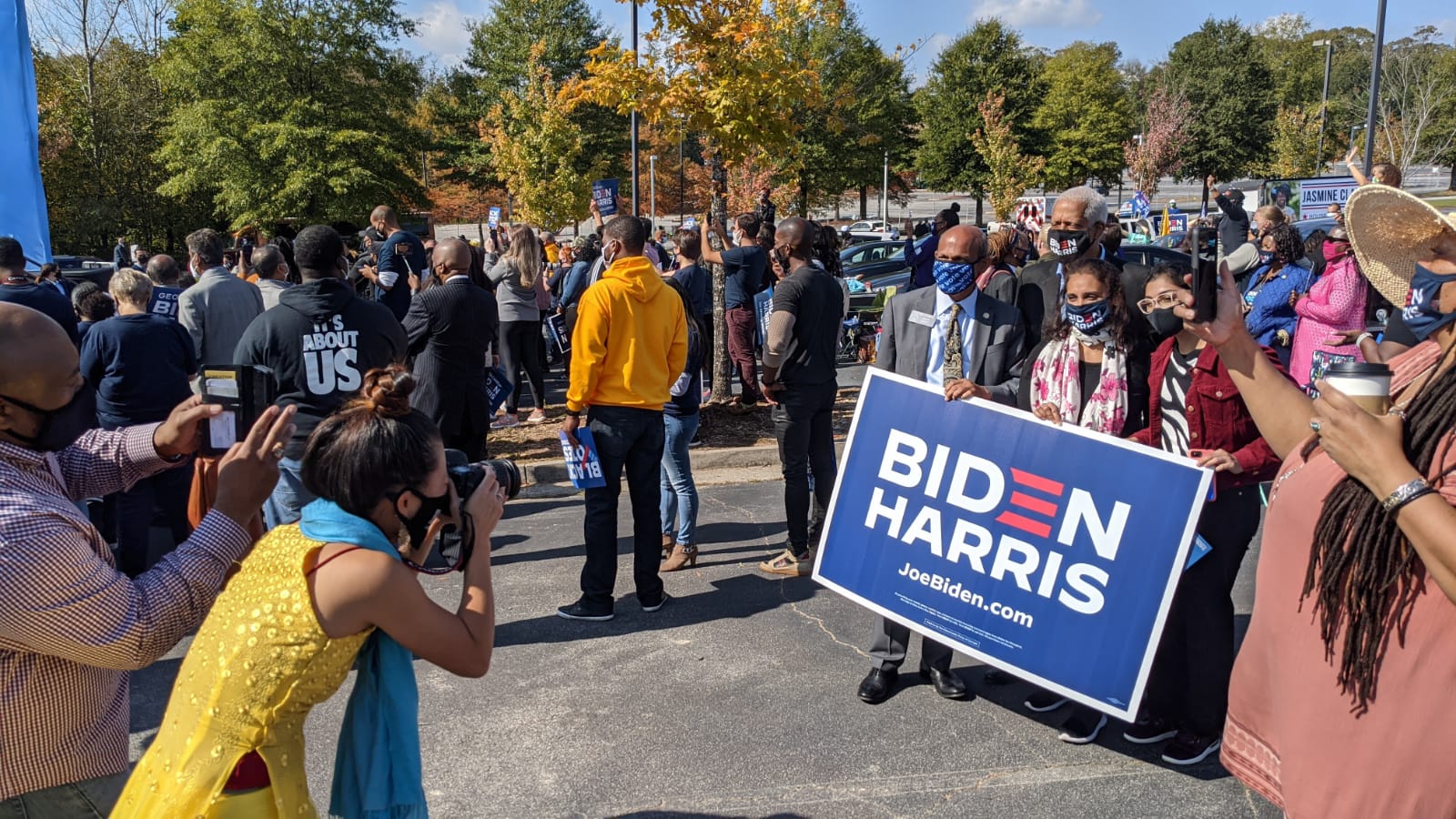 Climate campaigners are mobilising voters in Georgia runoff elections for two US Senate seats, which are critical to Democratic president-elect Joe Biden’s chances of delivering on his climate promises.

The south-eastern coastal state is experiencing more severe hurricanes, droughts and flooding due to climate change as well as continued air pollution. These issues are increasingly important to voters, community organisers say.

Black and Latino communities are more vulnerable to these impacts and more likely to vote Democrat. Organisers like Stacey Abrams have been widely credited with boosting black turnout in the face of voter suppression measures, helping to oust president Donald Trump. However, people of colour have historically been less likely to turn out for runoffs than presidential elections.

The Senate is one of the two parts of the US legislature and each state sends two senators. For Biden to pass tax and spending plans, like his $2 trillion green investment pledge, he will need approval of a majority of these senators. Passing other policy changes would still need bipartisan support to get to 60 votes.

The Republicans have 50 senators and the Democrats have 48, after elections earlier this month. Due to election rules specific to Georgia, the state will decide who to send in two runoff elections on 5 January.

If the Democratic candidates Raphael Warnock and Jon Ossoff both win, the parties will have equal Senate seats and Democratic vice-president Kamala Harris will cast the deciding vote. If either Kelly Loeffler or David Perdue win, the Republicans will have control.

The contests are expected to be close. In the presidential election, the Democrats got 49.5% to the Republicans’ 49.2% in Georgia. On the same day, Republican Perdue took 49.7% of the vote to Ossoff’s 48% while Warnock and Loeffler were almost tied on 49%.

Across the US, Democratic voters are far more likely to be people of colour and to be concerned about climate change. In Georgia, nearly half the population is non-white.

“Climate justice is racial justice,” said Chandra Farley, who works on energy and climate for the racial equality organisation Partnership for Southern Equity. “We know that black people and people of colour are more likely to populate these low-lying areas which are vulnerable to sea level rise… and black communities were bulldozed to make way for the highway interstate system so now we have these 6-8 lane highways with heavy trucks and trains moving coal.”

People of colour also suffer more from Georgia’s fossil fuel pollution, she told Climate Home News. The state is home to the Scherer coal power plant, which is the most polluting plant in the USA with emissions larger than the nation of Kenya. It is also home to the Vogtle nuclear plant which Farley said “has been polluting the Savannah river and surrounding communities at the base of the power plant for over 30 years”.

Climate watchers celebrate Biden victory over Trump in US election

Eduardo Samaniego, an immigrant and human rights advocate in Georgia, said that climate change has become a “central issue” in the state. He told Climate Home this was “a result of hurricanes that have recently devastated the south, heavy rain destroying crops and harvest that has been lost for lack of water”.

Between 2017 and 2019, Georgia experienced four tropical cyclones, six severe storms, one winter storm, and one freeze, leading to economic damage of at least $1bn, according to the Center for American Progress. 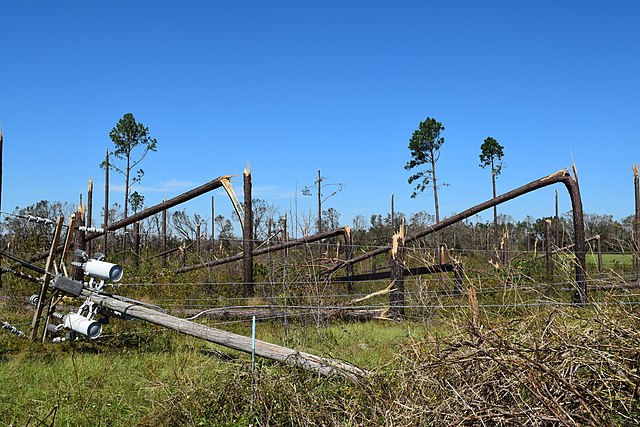 The combined effect is that the average sea level is 11 inches (28cm) higher now than it was in 1950, accelerating in the last decade to an inch every two years. Around 13,000 properties are now at risk of frequent flooding.

Georgian summers are also getting hotter. According to the US Environmental Protection Agency (EPA), there are currently 15-30 days a year above 95F (35C). Around 2090, there will be 45-75 a year. This puts older and vulnerable people at risk of death, increases the risk of wildfires and decrease farm animals’ productivity. The EPA warns climate change could also increase the severity of Georgia’s droughts leading to crop failures.

An August poll of registered US voters showed 42% said climate change was “very important” and Farley said it was more on voters’ minds than is often assumed. “Mothers know their kids are sicker than some of the other kids at school,” she said. “The environmental justice movement has a long history, particularly North American indigenous tribes and people of colour who have been bearing the brunt of these environmental justices for decades.

“We hope things go the right way in the Senate race and a lot of us are going to work hard here in Georgia. But if things don’t turn out our way, advocates, activists, organisers and environmental justice leaders know that we always have plenty of work to do and we are not resting.”

Fact check: Where are US emissions after four years of President Trump?

Munir Meghjani is an Atlanta-based grassroots organiser who has been connecting the state’s growing Asian-American communities with the Democratic candidates through ‘meet and greets’ and helping with a social media campaign encouraging Asian-Americans to register to vote.

He said he’s nervous that Democratic turnout could fall in the runoff. “In the United States, election day isn’t a holiday and so it is a privilege to participate”, he said. “Unfortunately, you’ve got to have the time, the ability, the internet to request an absentee ballot, the transportation to go to the voting polls. So there is a large drop-off historically on the Democratic side.”

“With that said though,” he added, “Georgia hasn’t been blue since 1992 and we’ve never seen such an influx of individuals across the nation wanting to help volunteer and get out the vote in Georgia. So I’m nervous but cautiously optimistic at the same time.”