More than 70 heads of state showed stronger climate action at a virtual summit, but heavy lifting remains in 2021 to meet the ambition of Paris 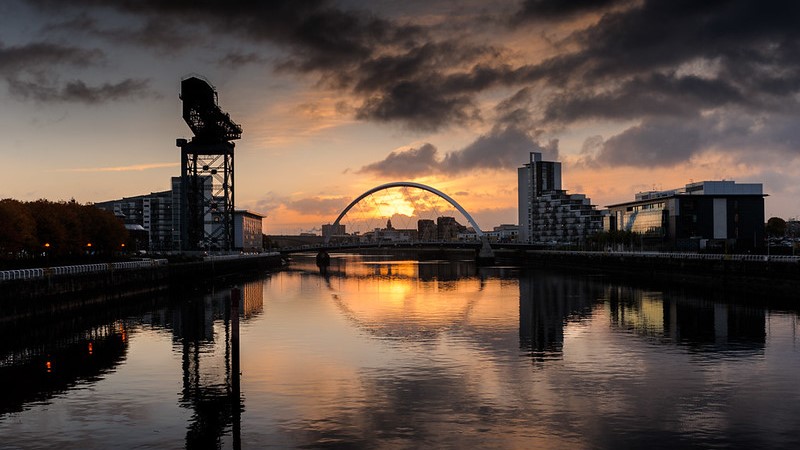 The city of Glasgow in Scotland, UK, will host the Cop26 climate talks in November 2021 (Photo: Robert Brown/Flickr)

As 2020 comes to a close, world leaders have sent a signal of their willingness to step up their climate ambition, at a virtual event celebrating the fifth anniversary of the Paris Agreement.

75 world leaders along with the European Union and Pope Francis presented tougher carbon-cutting plans and commitments to adapt to climate impacts in a six-hour marathon event.

While progress was made, a lot more is expected from countries to close the gap between the current level of ambition and what is needed to meet the Paris Agreement goals. Support for vulnerable nations to scale up their ambition at a time when Covid-19 has left them deep in debt was largely absent.

“We are at the beginning of the road. It’s a road of hope at the moment but we need to translate hope into reality,” UN secretary general António Guterres told reporters.

Argentina’s commitment to achieve carbon neutrality by 2050 means more than half of G20 countries would be covered by a net zero goal if president elect Joe Biden follows through on his own election promise next year.

Jamaica, Panama, the Maldives, Malawi, Nepal, and the Vatican joined a growing club of nations aiming to cut emissions to net zero in the first half of the century.

Guterres warned a number of the world’s largest emitters were yet to demonstrate they were ready to step up.

Australia, Saudi Arabia, Russia and Brazil were among big emitters absent from the summit – failing to meet the ambition benchmark to participate.

On that front, Pakistan stole the show announcing it would stop building new coal power plants and pivot to clean energy. It promised to generate 60% of its electricity from renewable sources by 2030.

The commitment could cancel 6GW, which would have doubled Pakistan’s coal capacity, according to Chris Littlecott, associate director at think tank E3G.

In an honest reflection of the summit’s achievement, Cop26 president-designate Alok Sharma said that while “real progress” had been made, nations had not done enough to put the world on track to limit warming to 1.5C – the tougher goal of the Paris accord.

“As encouraging as all this ambition is, it is not enough. And the clock continues to tick,” he said.

Setting out his plan for the work that lies ahead, Sharma said “a step change” in carbon-cutting efforts was needed to reach the 1.5C. That needed to included policies like phasing out coal, he said.

Sharma added “strengthening adaptation” and “getting finance flowing” were key to brokering an agreement at Cop26 in Glasgow and promised to convened major economies to make progress on these issues through the UK’s G7 presidency next year.

Comment: Costa Rica and Denmark have set an end date for oil and gas production. The world should follow

In the day’s most hotly anticipated announcement, President Xi’s speech failed to replicate the enthusiasm of his last UN intervention in September.

He reaffirmed his commitment to achieve carbon neutrality by 2060 and peak China’s emissions “before 2030” – dates which Guterres said the UN would work to bring forward in bilateral dialogue.

Speaking to reporters half way through the event, Guterres expressed disappointment at the absence of a Chinese commitment on curbing coal power generation or ending coal financing overseas.

“We go on insisting, there must be everywhere a commitment not to build new coal power plants,” he said.

Lauri Myllyvirta, lead analyst at the Centre for Research on Energy and Clean Air, told Climate Home the new targets were “largely an extension of current trends to 2030” and could allow for emissions to continue to rise at the same average rate they have over the past five years.

“China’s approach to realising the 2060 carbon neutrality target risks leaving the heavy lifting to the period after 2030,” he said.

Li Shuo, senior climate and energy policy officer at Greenpeace East Asia, said Xi’s announcement “demonstrates good will” and left space for greater ambition in 2021. “Making its emissions peak earlier than 2025 is still something it should strive for,” he said.

Other large emitters appeared largely empty-handed. Prime minister Narendra Modi repeated existing commitments to increase renewable capacity to 175GW by 2022 and 450GW by 2030, saying the country was on track to exceed its targets.

Among the co-organisers, French president Emmanuel Macron fell short, promising to end export finance for oil in 2025 and for gas in 2035 – a poor effort in contrast to its UK neighbour’s announcement that it will end overseas fossil fuel financing in early 2021.

“Many countries contributing to the Climate Ambition Summit ignored the ‘ambition’ part and apparently still lack the moral courage to stand up to the fossil fuel industry,” said Jennifer Morgan, executive director of Greenpeace International.

“Both in terms of national and international action, France is not honouring the legacy of the Cop21,” said Lucile Dufour, International Policy Officer, Réseau Action Climat France.

She added that France’s announcement it will maintain its current levels of climate finance over the next years without increasing them, was “clearly not enough to respond to the growing needs of the most vulnerable countries”.

Overall, promises of new money were largely absent. Germany promised €500 million in climate finance and Italy €30 million to the Adaptation Fund – a far cry away from the what poor nations were hoping for.

At a time when climate impacts are reaching records, “the solidarity piece was not at the rendez-vous,” Yamide Dagnet, director of climate negotiations at the World Resources Institute, told Climate Home. “With too few exceptions, we still need to see developed countries honour their commitments on finance.

“During this summit, we have seen continuous leadership from vulnerable countries to decarbonise and make their economies more resilient. They need to be supported. Investments needs to flow to them now.”

Sharma urged donor countries to come forward with new commitments on climate finance and meet their commitments to mobilise $100bn per year from 2020 to support vulnerable nations.

“I have to say, if we can mobilise trillions overnight, rightly, to support our economies [in the coronavirus recovery], why can we not reach this $100 billion dollars goal?”