The EU’s largest oil producer has agreed to cancel new oil and gas licences and wind down production, in a bid for climate leadership 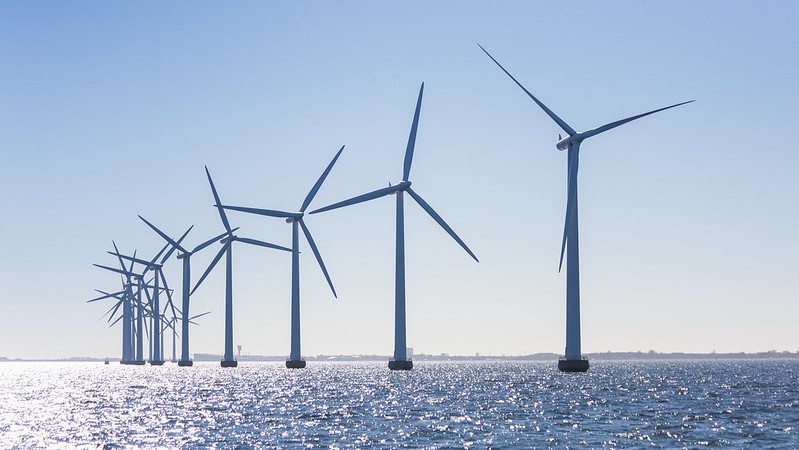 Denmark will stop issuing new licences for oil and gas exploration and phase out the production of fossil fuels by 2050, after a groundbreaking deal was sealed in parliament on Thursday evening.

The Scandinavian country is the largest oil producer to commit to a managed decline of the sector, nearly 50 years after it started extraction of hydrocarbons in the North Sea.

The minority Social Democrat government reached agreement with five other parties to cancel the country’s latest licencing round and all future tenders. The deal includes support for alternative economic development and job creation in the Esbjerg area, where the country’s offshore oil activities are concentrated.

Climate and energy supply minister Dan Jørgensen said he hoped the decision would inspire others to take similar steps. “We are now putting an end to the fossil era, and drawing a straight line between our activities in the North Sea and the Climate Act’s goal of climate neutrality in 2050,” he said.

“This is what climate leadership looks like,” declared Greenpeace in a statement.

“This is a watershed moment,” said Helene Hagel, head of climate and environmental policy at Greenpeace Denmark. “The country can assert itself as a green frontrunner and inspire other countries to end our dependence on climate-wrecking fossil fuels. This is a huge victory for the climate movement and all the people who have pushed for many years to make it happen.”

While Denmark was only number 39 in the ranking of oil-producing countries globally in 2019, it is the largest oil producer in the EU as the UK leaves the union. It is responsible for drilling across 20 oil and gas fields in the North Sea.

The current government came to power on the promise of raising the country’s climate ambition and putting a green transition at the heart of policy. It committed to cut emissions by 70% from 1990 level by 2030 and achieve carbon neutrality by 2050 — one of the most ambitious climate goals in the world.

In recent years, the country has pivoted to supporting large offshore wind projects in the North Sea. Earlier this year, it presented plans to build two “energy islands” totalling 4GW of offshore wind capacity to help meet its climate goals.

The agreement between Denmark’s political parties includes funding for research on the possibility of storing carbon dioxide in disused oil and gas fields.

Jørgensen said the decision would give companies and investors involved in the North Sea “a stable framework” for oil extraction in the next 30 years. He promised to help workers employed in the oil industry to reskill and find new job opportunities.

The deal endorsed recommendations by the Climate Council, an independent body of experts advising the Danish government, and still needs to be translated into a bill for formal ratification by Danish lawmakers.

The move comes as a UN-backed report this week called for a coordinated approach to winding down fossil fuel production around the world. To keep global heating to 1.5C by the end of the century — the Paris Agreement’s tougher goal — fossil fuel production needs to fall by 6% annually between 2020 and 2030. Instead, the Production Gap report published on Wednesday projected a 2% rise in global output, based on government forecasts.

A number of smaller producers have taken steps towards a partial or full moratorium on fossil fuel production. In Europe, France is phasing out the production of hydrocarbons by 2040. A plan to ban all new coal, oil and gas extraction projects with immediate effect and all existing licences by 2042 is waiting for parliamentary approval in Spain. Both Ireland and Portugal are considering similar policies.

Earlier this year, the UK launched a review into the future of its oil and gas licensing regime in line with achieving net zero emissions by 2050.

“This is a clear signal that climate leadership means an end to fossil fuel expansion and the start of a just transition and managed decline of all production,” she said. “Wealthy, diversified economies like Denmark must act even faster to wind down oil and gas production, whilst supporting affected workers and communities and countries where the transition will be more challenging.”