Sponsored content: The Danish energy company will produce clean fuel for ships, trucks, buses and planes at a hub in the Greater Copenhagen Area, under the plans 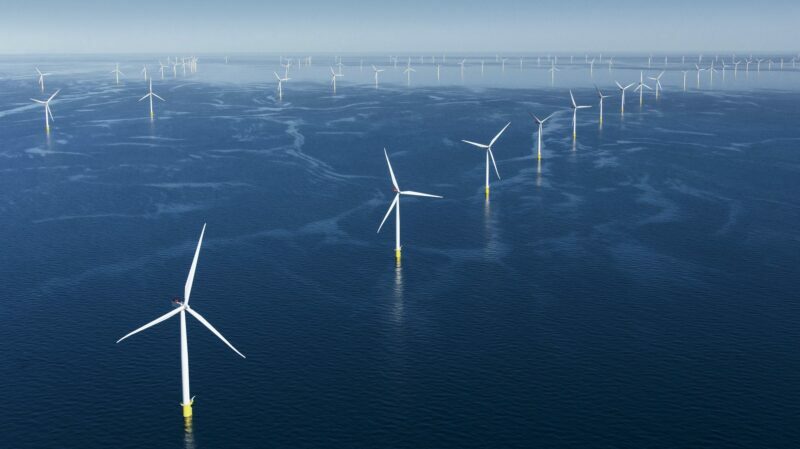 Ørsted, the largest offshore wind farm company in the world, has teamed up with five other Danish multinationals to develop a new large-scale green hydrogen project.

Once finished, the facility will exclusively target ships, trucks, buses, and airplanes in an aim to decarbonise the transport sector and align with the goals of the Paris Agreement.

Located in the Greater Copenhagen Area, the project, a hydrogen facility powered by offshore wind, will likely be one of the largest of its kind in the world.

When fully scaled up by 2030, the project is expected to deliver more than 250,000 tonnes of fuel to the industry and reduce annual carbon emissions by up to 850,000 tonnes.

The company has recently set itself a science-based target in line with a 1.5C future through Business Ambition for 1.5C and as an EV100 member has committed to transitioning its fleet of vehicles to electric by 2025.

The project will work in close collaboration with the Municipality of Copenhagen.

A climate law adopted by the Danish parliament in December commits the country to reducing its emissions by 70% compared to 1990, and legally binds it to international climate processes.

Henrik Poulsen, the company’s CEO said in a joint press release that decarbonising the road, maritime and aviation sector was key to bringing economies in line with 2050 net-zero targets.

He added, “Our vision to produce sustainable fuels in the Greater Copenhagen area will deliver the necessary industrial scaling to drive the needed cost-out towards making renewable fuels competitive with fossil fuels.”

The project’s potential is down to the involvement of a range of public and private actors, from various sectors, that are working together to develop new fuel technologies. The hope, according to the press release, is that the project can be scaled up in Denmark as well as used as a model for economies across the world.

“In Denmark, we have an opportunity now to accelerate the green transformation and take lead in powering the future with sustainable energy and I am pleased that we can contribute with concrete actions,” said Maersk CEO Søren Skou.

“We need many such projects both in Denmark and around the globe to achieve our ambition in Maersk of becoming carbon neutral by 2050,” he added.

It’s also a great illustration of the “ambition loop”, a positive feedback loop in which bold government policies and private sector leadership reinforce each other and together take climate action to the next level.

Described in a joint report by We Mean Business, the World Resources Institute, and the UN Global Compact, ambition loops are important because “policies that provide businesses with greater clarity and confidence to invest in climate solutions, in turn, drive faster progress on nations’ sustainable development and growth objectives” – and that’s the plan for the Ørsted partnership.

If successful, Denmark may become a hub for a new green industry with substantial potential for job creation across the continent.

The country already has an ambitious set of climate pledges and a strong transport and logistics industry, making it an appropriate fit for a large-scale project of this kind to be developed. 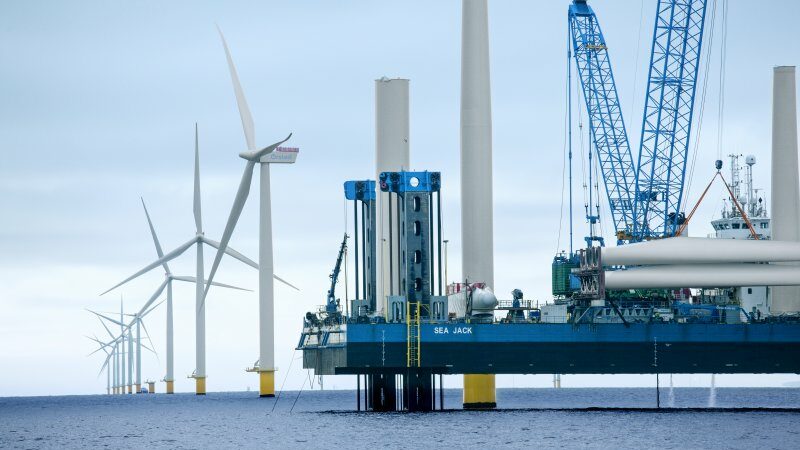 “Sustainable fuels are an important means in the fight against climate change and air pollution. It brings us one step closer to a greener future.”

And the facility aims to be up and running by Copenhagen’s 2025 target.

In its first stage, which could be operational as soon as 2023, the project consists of a 10MW electrolyser to produce renewable hydrogen. This will be scaled up to 250MW by 2027, and finally to 1.3GW by 2030; that means the project has the potential to displace 30% of fossil fuels at Copenhagen Airport by 2030.

The facility, if realised as envisaged, will be powered entirely by offshore wind from Rønne Banke close to Bornholm in the Baltic Sea.

“With the right policy framework in place, this project could be a defining leap forward for the production of sustainable fuels in Denmark, which will further reinforce Denmark’s role as a global leader in technologies and business models for a sustainable future,” said Poulsen.

Speaking on the venture, We Mean Business coalition CEO María Mendiluce said, “when businesses and governments collaborate, they can go further and faster, unlocking maximum potential for impact and innovation.”

“Green hydrogen is a key solution to meet the climate change targets and I am thrilled to see Ørsted, Maersk and other companies working together with Copenhagen Airports and the City of Copenhagen to implement this landmark project,” she added.

Ørsted and the project’s partners plan to finalise an investment decision by next year.