Making polluters pay for losses suffered by communities on the frontline of climate impacts is a priority for young activists, as they prepare to engage with UN negotiations 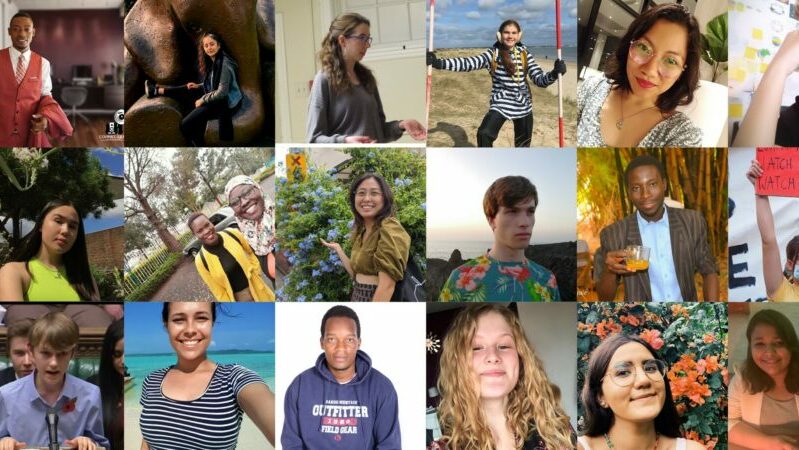 Youth activists from around the world organised a 'mock Cop' after the UN climate summit was postponed (Photo: Kevin Mtai)

Youth activists are calling for polluters to pay damages to victims of climate disaster in vulnerable countries, at a mock UN climate summit running until 1 December.

Frustrated by a lost year for climate negotiations, with Cop26 postponed to November 2021 due to the coronavirus pandemic, youth campaigners have organised their own two-week virtual conference.

Delegates from 118 countries are taking part, with the majority of applications coming from the developing world, including nations hit hard by climate change impacts. After hearing from climate scientists and policymakers, and learning negotiation skills, they will vote on a statement to present to world leaders.

Mobilising support for communities like those suffering from record-breaking tropical storm seasons in the Philippines, Vietnam and Nicaragua is a priority – from the industrialised countries most responsible for global heating.

Loss and damage finance is an issue which rich countries have dragged their feet on for many years. In 2013 the Warsaw international mechanism was set up to address loss and damage, but little funding has been made available to help people in developing countries recover from climate disasters such as flooding, typhoons and drought.

In 2015 countries agreed that “loss and damage” references in the Paris Agreement did not provide a basis for liability or compensation. At last year’s Cop25 in Madrid, the US sought to block other potential avenues for climate compensation.

Ahead of the mock Cop, youth activists set up a loss and damage coalition, calling on the UK Cop26 presidency to make the issue a permanent agenda item in climate negotiations and offer more financial support to developing nations.

“Developed countries, who fuelled the climate crisis through decades of wilful negligence and inaction, have done very little to help the billions of people in developing countries who suffer the effects of loss and damage,” activists wrote in an open letter.

“We are demanding that developed country leaders establish a new window of finance that is specifically dedicated to loss and damage,” Sadie DeCoste, Canadian youth activist and one of the coalition founders, told Climate Home News. A tax on fossil fuel extraction or a frequent flyers’ levy could help raise funds, she suggested.

Climate negotiators have reacted in a “very dismissive” way to youth calling for support for communities most affected by loss and damage, DeCoste said. “They did not take our views seriously. We are creating a space for youth voices to be meaningfully included in decision-making.”

Several members of the loss and damage coalition who attended mock cop spoke to Climate Home about their experience and the change they are fighting for. 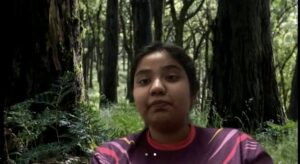 Malaysian activist Azierah Ansar said she is using the youth summit as an opportunity to compile stories and studies highlighting “how devastating loss and damage can be”.

“In Malaysia, we have seen about 20 floods this year. With floods people lose property and crop yields and diseases spread,” Ansar said.

“If farmers lose their crop yields for a year because the flood barriers have not been strengthened enough, the government should pay them remedies,” she added.

The youth summit has taught her how to negotiate and find common ground, and how to effectively communicate the urgency of the climate crisis, she said. 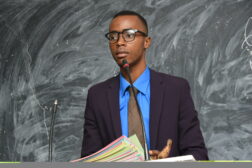 22-year-old Elhadj Abdoul Diallo from Guinea said climate impacts are already devastating parts of his country. “In Guinea, temperatures are rising, the desert is advancing and people are moving from their local communities to towns because of lack of food,” he said, adding that climate refugees from Mali and Senegal are fleeing to Guinea.

“There is no support for loss and damage victims. The government says they cannot afford to give them shelter,” he said.

“We expect world leaders to put pressure on global north countries to put aside alternative sources to help the global south with loss and damage costs.”