The UK premier majored on hydrogen, nuclear and carbon capture in a package aiming to set the bar for hosting Cop26 climate talks next year 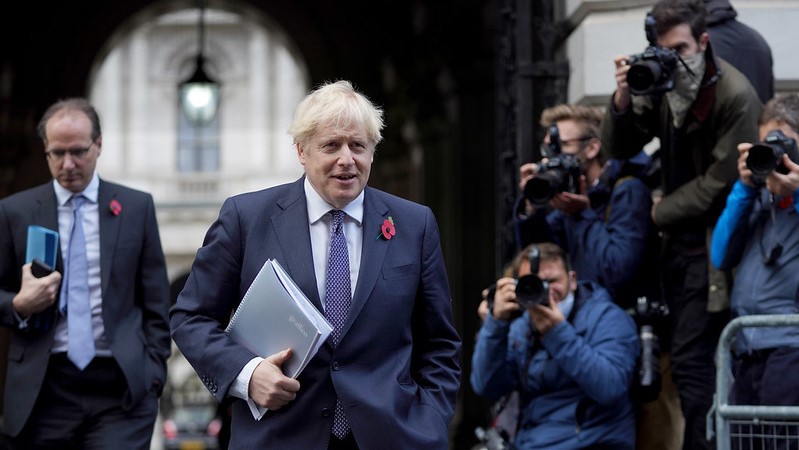 Prime minister Boris Johnson has promised to mobilise £12 billion to put the UK on a path to achieve carbon neutrality by 2050, ahead of hosting the Cop26 climate summit next year.

In a long-awaited 10-point plan for a “green industrial revolution” released on Tuesday, Johnson set out his blueprint to boost green investments and create 250,000 jobs to support the country’s former industrial heartland.

More than £1.2 billion of new investments have been earmarked for nuclear, hydrogen and carbon capture technologies. And Johnson committed to end the sale of new petrol and diesel cars by 2030 – 10 years earlier than previously targeted.

The sale of hybrid vehicles will be allowed to continue until 2035 and £1.3bn will be invested in rolling out electric vehicle charging points. Another £1 billion is to be spent in 2021 to make homes and public buildings more energy efficient and ensure the roll out of 600,000 heat pumps a year by 2028.

“Although this year has taken a very different path to the one we expected, I haven’t lost sight of our ambitious plans to level up across the country,” Johnson said in a statement.

“Our green industrial revolution will be powered by the wind turbines of Scotland and the North East, propelled by the electric vehicles made in the Midlands and advanced by the latest technologies developed in Wales, so we can look ahead to a more prosperous, greener future.”

While the UK was the first major economy to enshrine its 2050 carbon neutrality pledge in law in June 2019, policies have lagged behind.

Earlier this year, Chris Stark, chief executive of the Committee on Climate Change (CCC), the UK’s official climate advisers, said government’s policy progress was “not enough to be on track for net zero”. A year after the UK legislated on the 2050 goal, the UK was “not where we’d thought we’d be,” he added.

The 10-point plan marks “the beginning of the UK’s path to net zero,” Johnson’s office said in a statement. As host of next year’s Cop26 climate summit in Glasgow in November 2021, the UK is keen to set an example.

Jonathan Marshall, head of analysis at London-based Energy and Climate Intelligence Unit (ECIU), said the proposals “tick off a number of the major policy decisions needed to get the UK demonstrably back on track to its net zero target”.

“Bold action on electric transport, easily the biggest pro-climate action from a UK Government since hastening the end of coal power, will make huge ripples overseas, giving a signal to car manufacturers around the world that the future is green, and bolstering Britain’s standing ahead of the vital Cop26 conference,” he said.

But gaps remain in rolling out policy that ensure the UK will meet its climate pledge, Marshall said.

The UK government previously said it would publish “a comprehensive Net Zero Strategy” in the lead up to the Cop26.

In the meantime, its 10-point plan includes a commitments to quadruple offshore wind production to 40GW by 2030 and a goal to generate 5GW of low-carbon hydrogen by 2030, with up to £500 million for trialling hydrogen use in homes for heating and cooking and to invest in new production facilities.

By the end of the decade, the UK government aims to create the first “hydrogen town”, fuelling tens of thousands of homes with hydrogen.

It pledged to invest an additional £200 million in creating carbon capture clusters alongside hard-to-decarbonise industries and remove 10 million tonnes of CO2 by 2030. The money comes on top of £1 billion already pledged to the technology. £525 million is earmarked to develop the next generation of large and small-scale nuclear plants.

Other measures include supporting research in hard-to-decarbonise industries including shipping and aviation and making the City of London a global centre of green finance that can support innovation in clean technologies, including scaling up the production of electric vehicle batteries.

“There’s still plenty of detail to examine, but these plans include bold and ambitious steps that will create jobs and sustain communities in towns and cities across the UK for generations, as well as protecting the planet,” said Shaun Spiers, executive director of the think tank Green Alliance.

“All eyes are now on the Treasury to deliver on these promises,” he added, hinting at government tensions over how much money to invest on Johnson’s green plan at a time when the budget is squeezed by the government’s response to Covid-19.

Rebecca Newsom, Greenpeace UK’s head of politics, said the government’s plan to ban the sale of new petrol and diesel cars by 2030 “could put the government back on track to meeting its climate commitments” and warned “speculative solutions, such as nuclear and hydrogen from fossil fuels, will not be taking us to zero emissions anytime soon, if ever”.

Johnson’s announcement comes as the UK prepares to co-host a summit on 12 December marking the fifth anniversary of the Paris Agreement. In guidelines sent to governments and seen by Climate Home, the summit organisers said there will be “no space for general statements” but the event will provide “a platform for leaders who are ready to come forward with bold announcements”.

As Cop26 host, Johnson is expected to set the tone with an ambitious 2030 climate target. His advisers at the CCC are due to publish recommendations on the carbon budget on 9 December – three days before the summit.

Analysis by ECIU shows that if the UK — which until now had a joint climate target, or nationally determined contribution (NDC) as part of the EU — simply translated its existing carbon budgets into an emissions target, it would be a 64% cut from 1990 levels by 2030.

To enhance its plan, the UK would have to  adopt a target that is higher than 64%, it said.