SSE, Scottish Power and National Grid have been named as sponsors of next year’s UN climate summit in Glasgow, with SSE defending a “transition” investment in gas power 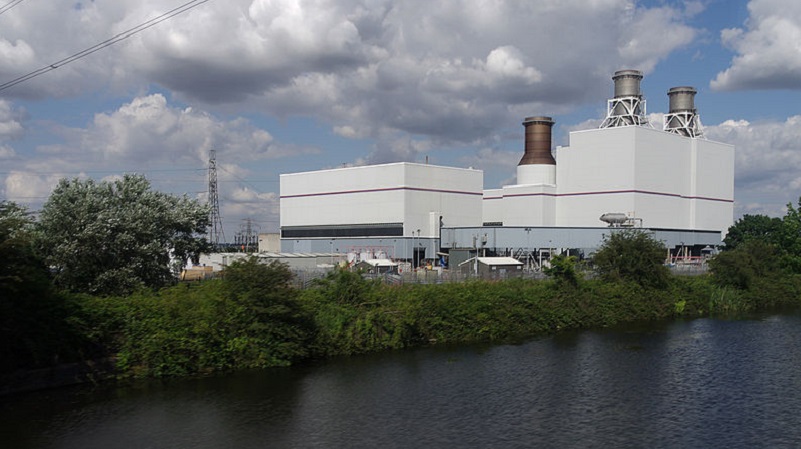 UK organisers of the summit announced the selection on Monday, focusing on the trio’s plans for an “underwater super-highway” in the North Sea to deliver offshore wind power to the grid.

However critics were quick to note that SSE is investing in the 840MW gas-fired Keadby 2 power plant, one of the few gas projects under development in the UK. The UK has a legally binding target to reduce emissions to net zero by 2050.

Scottish Green Party parliamentary candidate Guy Ingerson tweeted that “SSE as a sponsor of COP26 suggests we will [be] having a COP27, COP28, COP29…this summit needs to be more than a greenwashing exercise”.

In a statement announcing the sponsorship, SSE said it is investing £7.5bn in “low-carbon infrastructure” for the UK and Ireland including building the world’s largest offshore wind farm in the North Sea.

“Flexible thermal, such as that being built at Keadby 2, has a role to play in the transition to net zero under any pathway and will displace other less efficient generation and support security of supply,” a spokesperson for SSE said.

Fossil gas is less polluting than coal but burning it still releases CO2 and there is increasing evidence of the damage methane leaks from gas extraction do to the climate. The EU is changing its rules so that gas power plants are no longer classified as a “sustainable” or “transition” investment.

Scottish Power is a Glasgow-based company which decided in 2018 to remove all coal and gas operations from its portfolio and concentrate solely on renewables. It says it will invest £10 billion ($13bn) in clean energy generation in the next five years. National Grid owns and operates the electricity transmission system in England and Wales and in parts of northeastern USA.

British bank Natwest is the first named finance sector sponsor for Cop26. In February 2020, the bank banned financing of oil and gas exploration.

Cop26 president-designate Alok Sharma said: “I am delighted to announce our first sponsors for Cop26, who have all shown ambitious climate leadership through setting net zero commitments and science based targets.” The Cop26 organisers have said that all sponsors should have a credible plan to reach ‘net zero’ by 2050.

The press release did not disclose the value of the sponsorship packages.

SSE, Scottish Power and National Grid have announced they will invest more than £3bn ($4bn) laying underwater cables to transport offshore wind energy between Peterhead and Torness in the east of Scotland, the offshore wind farms in the North Sea and Selby and Hawthorn Point in the north-east of England.

Greenpeace UK campaigner Mel Evans said it was “encouraging that the first Cop26 sponsors are companies that are heavily invested in the renewables transition” and did not include oil and gas companies.

“The government has controversially held regular meetings with fossil fuel companies regarding Cop26. They should now be explicitly ruled out as sponsors, to avoid any risk of them greenwashing these vital global climate negotiations.”