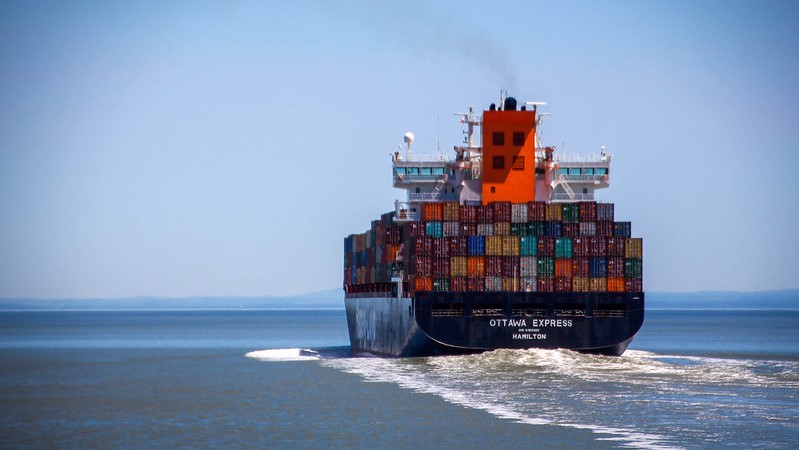 Countries have agreed a package of energy efficiency measures that will allow emissions from global shipping to continue to rise until 2030.

The deal, which was designed to curb the sector’s carbon footprint, will instead hand out ships a free pass to pollute for the next decade, campaigners warn.

Nations approved the proposal during a meeting of the International Maritime Organisation’s (IMO) environment committee on Tuesday. Under IMO rules, it will take around two years for the agreement to come into force.

The package of short-term technical and operational measures which includes reducing vessels’ engine power and the introduction of ship-level carbon intensity targets, will only shave off 1% of the sector’s emissions growth by 2030, according to research by the International Council on Clean Transportation (ICCT).

Under business as usual, annual emissions from shipping are forecast to grow 15% by 2030. With the newly approved measures, the projection is 14% growth.

Bryan Comer, senior marine researcher at the ICCT and co-author of the study, told Climate Home News that to meet the IMO’s own target of reducing global emissions from shipping by at least 50% by 2050 from 2008 level, emissions should decrease by at least 15% by 2030.

And carbon-cutting efforts would need to toughen to 70% of emissions reductions by 2030 if the sector is to align with limiting global heating to 1.5C — the most ambitious goal of the Paris Agreement.

“Clearly, the IMO will need to take additional actions, rapidly to get on track,” he said.

Tuvalu, the Solomon Island and the Marshall Islands were the only countries to explicitly reject the proposal in what campaigners described as contentious and “extremely toxic negotiations”.

Albon Ishoda, the Marshall Islands’ ambassador to Fiji and head of the IMO delegation, described the package as “incapable of achieving our long-term climate goals in the shipping industry”.

The world is moving to #NetZero but the global shipping sector seems to go in the other direction. I call on .@IMOhq delegates to veto the J/5.rev1 proposal and stand on the right side of history #CleanShipping #ClimateActionNow

In a rare intervention, Laurence Tubiana, an architect of the Paris Agreement, urged IMO delegates to veto the proposal and “stand on the right side of history”.

Japan, China, Nigeria, Philippines, Mexico, Cyprus were among those to support the deal. European nations also backed the proposal despite some expressing disappointment at the low level of ambition. Canada reportedly supported the package “as a first step” but admitted it did not align with the IMO’s long term climate ambition.

Green groups have accused nations of approving a deal that is inconsistent with the Paris goals. Although international shipping, like aviation, is not explicitly regulated by the Paris accord, campaigners say the sector needs to align to global efforts to curb emissions “well below 2C” and strive towards 1.5C.

In 2018, the Intergovernmental Panel on Climate Change (IPCC) found global carbon dioxide emissions needed to fall by 45% from 2010 levels by 2030 and reach net zero by 2050 for a chance of keeping temperature rise to 1.5C.

John Maggs, president of the Clean Shipping Coalition and senior policy advisor at Seas At Risk, said: “As scientists are telling us we have less than 10 years to stop our headlong rush to climate catastrophe, the IMO has decided that emissions can keep on growing for 10 years at least. Their complacency is breath-taking. Our thoughts are with the most vulnerable who will pay the highest price for this act of extreme folly.”

In a statement, NGO Transport & Environment described the IMO deal as an “abandonment of any effort to tackle climate change in the short term” and accused countries that supported it of having “lost any moral ground to criticise regions or nations trying to tackle shipping emissions”.

The first part of the deal requires ships to reduce their engine power to improve energy efficiency from 2023. In practice, this will have little bearing on operations and lead to “paper improvements” rather than real emissions reductions, Faïg Abbasov, shipping director at Transport & Environment, told Climate Home News.

From 2026, ships will have to comply with mandatory carbon intensity targets which can be met through speed reduction or the use of alternative fuels for example. Compliance will be monitored in a three-year cycle, with ships only needing to meet the standard one year in three.

“It’s nonsense,” said Abbasov, adding there was little prospect of enforcement for ships that failed to comply to the target three years in a row.

Abbasov said the negotiations had been so difficult no country would want to re-open negotiations any time soon.  “The EU has given up on this… Europe signed up for a deal because it could not bear having no deal,” he said.

Instead, nations would keep their political capital to negotiate a global carbon pricing mechanism for the shipping industry in the medium term — a measure backed by a number of progressive nations, including the Marshall Islands.

Transport & Environment is urging governments to take national and regional action to curb the sector’s emissions, such as setting carbon intensity regulations for ships calling at their ports and creating low- and zero-emission priority shipping corridors.

It called on the EU to include emissions from shipping in its carbon markets and mandate the use of alternative fuels and energy saving technologies. “Across the world nations must take action on maritime emissions where the UN agency has utterly failed,” said Abbasov.