Despite net zero pledges from the governments of China, Japan and South Korea, the ADB and AIIB are reluctant to commit to reducing finance to fossil fuels 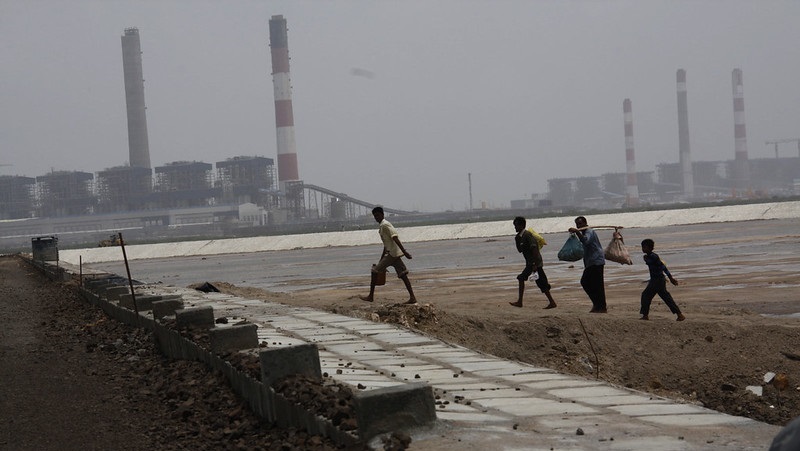 Negotiations between the world’s development banks have exposed tensions between Europe and Asia over the pace of the transition to clean energy.

A joint statement drafted ahead of this week’s Finance in Common summit would commit signatories to “work towards” phasing out coal finance.

Two key players, the Asian Development Bank (ADB) and Asian Infrastructure Investment Bank (AIIB), opposed the language and are unlikely to sign up, according to sources familiar with the discussions.

ADB’s head of sustainable development and climate change Woochong Um told Climate Home the bank would not sign the statement “as it contains policy commitments that have not yet been deliberated by the ADB Board”.

AIIB president Jin Liqun has said the bank will not finance any more coal-related projects, but this is not yet official policy. At the time of publication, the bank had not replied to a request for comment.

The Finance in Common summit has been organised by the French Development Agency (AFD) and gathers together 450 global public development banks, controlling flows of more than $2 trillion a year of public money. It is expected to culminate in a joint statement, including on green lending principles, on Thursday.

It vowed to “consider the range of fossil fuel investments in our portfolios, avoid stranded assets, and work towards applying more stringent investment criteria, such as explicit policies to exit from coal financing in the perspective of Cop26 [next year’s UN climate summit]”.

UN Secretary General Antonio Gutteres has called for no more coal plants to be built after this year and for fossil fuel financing to be phased out. Climate campaigners agree. Over 250 groups from the Global South have called on the summit to end finance for fossil fuels and cancel the debt of developing countries.

“We refuse to listen to more rhetoric and empty promises,” said Lidy Nacpil, coordinator of the Asian Peoples’ Movement on Debt and Development.

Laurie Van Der Burg, from the Oil Change International campaign, said: “Without a concrete commitment to end public finance for fossil fuels, which we are currently not expecting in the final declaration, this summit can’t be considered a success when it comes to climate action.”

A statement from 15 European development banks last week went further, promising to exclude new coal and fuel oil finance, with exemptions for a few forms of fossil fuel finance to end no later than 2030.

On Wednesday, the board of the European Infrastructure Bank (EIB) will consider extending its green lending criteria to exclude airport expansions and conventionally fueled aircraft, according to a draft plan reportedly seen by Reuters.

Sonia Dunlop, who leads think tank E3G’s work on International Financial Institutions and public banks, told Climate Home News that Asian banks are “lagging behind” while European banks are “leading the way”. “The net zero announcements in China, Japan and South Korea have often not trickled down to the banks level yet,” she said.

Dunlop said that, while some banks are better than others, none are “anywhere close” to being aligned to the Paris Agreement. “There is a real need for multilateral development banks to accelerate these policies [to align to Paris] and lead the way for 450 public banks. They need to put their foot on the gas and accelerate this. We can’t wait for another five years,” she said.